A sweet crisis : Punjab to import sugar worth Rs53b as crisis intensifies 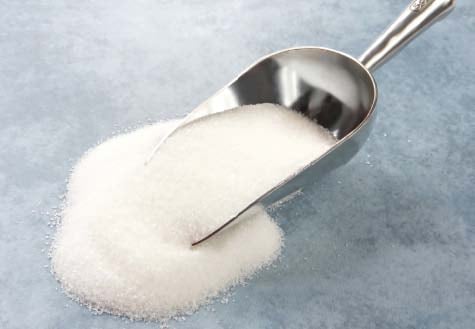 Bearing the brunt of the sugar crisis in the country, the Punjab government is set to import 600,000 tonnes of sugar worth Rs53 billion to tackle the problem.

So far, 45% sugarcane has been crushed in Punjab from which 1,777 k metric tonnes of sugar have been produced. For cultivation on one acre of land,100 maunds of sugarcane are required. Due to which 10% will be used as seeds during February’s cultivation period, while 2% sugarcane will produce gur.

The primary reason for the hike in the prices of sugarcane and sugar can be attributed to a significant reduction in production.

According to a spokesperson of the Pakistan Sugar Mills Association, the government has failed to take action against the sugarcane contractor mafia, which has led to a sharp rise in the price of sugarcane.

“The government should ensure implementation of its fixed rate of Rs200 per maund.”

Last year, sugar worth Rs19.20 billion was imported to meet the province-wide consumption. Through the Trading Corporation of Pakistan (TCP), the Punjab government imported 140,000 metric tonnes of sugar, of which 51,461 metric tonnes were sold in Punjab and 13,996 metric tonnes were given to Khyber Pakhtunkhwa.

This imported sugar is still available with the utility stores, while the private sector imported 162,000 metric tonnes of sugar directly.

To overcome the shortage this year, the Sindh Sugar Mills is offering higher rates to sugarcane growers in South Punjab. As a consequence, the price of sugarcane in Rahim Yar Khan has risen from Rs325 to Rs335 per maund, reaching Rs400 per maund in Sindh.

On the other hand, the sugar mills in Sindh and upper Punjab are trying to curb the purchase of sugarcane from the districts of South Punjab and seeking an end to the illegal weighing of sugarcane through Kundas.

So far, police has arrested 69 people and sealed 254 Kundas, registering 158 FIRs against the middlemen.

President of Kisan Bachao Tehreek-e-Pakistan Nasir Mahmood Ghuman said: “The middlemen, who were giving higher rates to farmers, are being arrested due to the pressure exerted by sugar mill owners.”

Ghuman said that under the Constitution of Pakistan, the movement of goods cannot be banned.

A report by the Ministry of Industries and Production stated that sugar mills are selling sugar off the book, urging the FBR to take notice.

In the ongoing sugar crisis, the report recommended the private sector to import sugar. Since December the prices are on the rise and it seems as if the trend will gain momentum in the future, the report noted.

On the other hand, consumers present another tale. “We have reduced our intake of sugar at home, however, it is impossible to eliminate the consumption entirely,” lamented a Lahore resident.