Paying less than legal minimum wage, and not registering employees with EOBI is an offence routinely committed 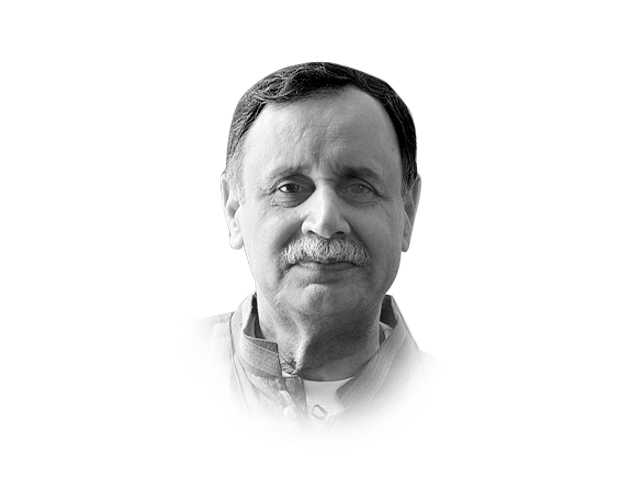 The writer is a health, safety and environment consultant. He tweets at @saynotoweapons

He leaves home at 7AM every morning, for a 12-hour duty that begins at 8AM each day. He must be on duty for 30 days straight, every month. There are no holidays in his job. After all, the homes and businesses of the elite cannot be left unprotected on holidays. In return, he receives Rs12,000 per month, often 15 days into the month. He is registered neither with Social Security nor with the Employees’ Old-Age Benefits Institution (EOBI). A day’s sickness means he will lose the salary for that day. He struggles to sustain his wife and four kids and to pay rent for a one-room shelter. He lives on the fringes of life, if “living” may be used to describe his painful existence. He is seen as a private security guard but is a “modern-day slave”.

Modern slavery is the severe exploitation of helpless people for personal or commercial gain. An estimated 300,000 security guards and over 1,000,000 janitors are employed by private security companies and manpower contractors in Pakistan. They provide security and janitorial services to large government and private organisations, who find this arrangement convenient and economical. Having paid a lump sum to the contractor, they consider themselves absolved of any further obligation towards contracted employees. In turn, the contractors enslave the desperately needy, paying them pittance and not contributing towards their EOBI or Social Security.

Paying less than legal minimum wage, and not registering the employees with EOBI and Social Security is an offence routinely committed by numerous sectors. Hundreds of petrol stations and thousands of private schools unabashedly fall in this category. This day-light robbery inflicted on the poorest of the poor remains unchecked because of the complicity of labour ministries, labour directorates and Minimum Wage Boards. Pakistan’s federal EOBI and provincial Social Security departments have essentially become dysfunctional budget-guzzling white elephants. Of a workforce of nearly 73 million workers in Pakistan, just eight million are registered with EOBI, while only 0.65 million of over 15 million of Sindh’s workers are registered with Social Security (SESSI).

Pakistan’s recent request for a $600 million World Bank loan to strengthen old-age benefits and social security net of its workers is entirely ill-advised, unnecessary and wasteful. Instead, Pakistan ought to streamline and reform its existing EOBI, Social Security and Labour departments. They ought to be headed by competent and honest leaders who can ensure that 100% workforce is registered with EOBI, Social Security and paid at least minimum legal wages. The EOBI contribution currently based on Rs8,000 in Sindh, Rs13,000 in Punjab and Rs17,500 in K-P ought to be made consistent across Pakistan.

Salaries to workers ought to be paid through banking channels to eliminate the rampant “middleman mischief”. Pakistan could adopt the Kenyan model, where every citizen above 18 is required to be registered with NSSF, a Kenyan equivalent of our EOBI. This scheme enables even self-employed individuals to contribute towards their pension and health plans. The entire process of registration and payment is digitised and all transactions can be made through a cell phone.

Starting with linking every worker’s EOBI and Social Security with NADRA, Pakistan should enable even the self-employed to make voluntary contributions to avail old-age benefits. Pakistan has badly let down its poor. It does not make sense to initiate alternative high-visibility vaccines like BISP, Ehsaas, and WB loans while the already existing mechanisms of minimum wage, EOBI and Social security registration remain so highly dysfunctional. Can Pakistan’s rulers and elite get rid of their sinful addiction to modern-day slavery?