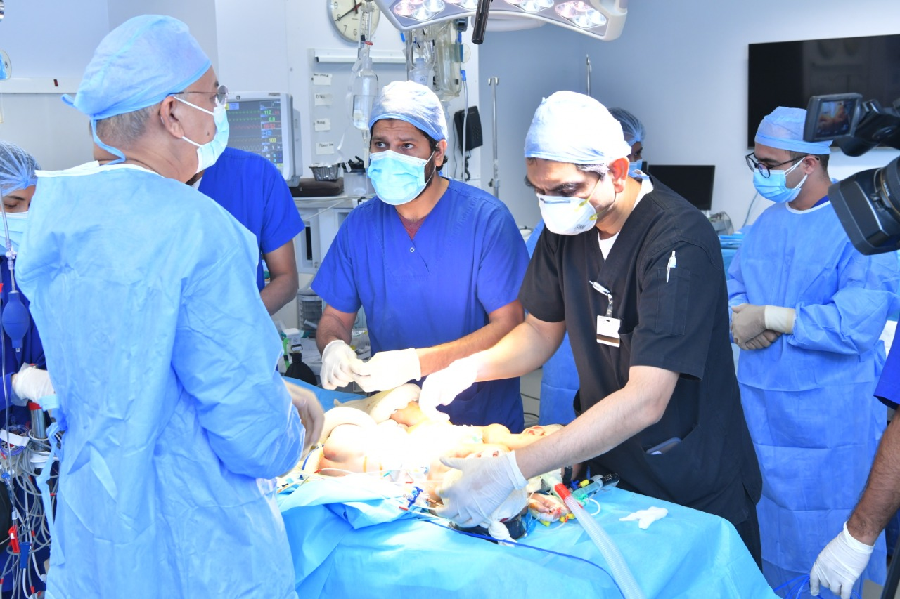 The twin brothers shared a small portion of the liver. PHOTO: AKUH

Conjoined twins — Muhammad Ayan and Muhammad Aman — are now living a healthy life after they were separated through a successful surgery performed at the Aga Khan University Hospital (AKUH) in December, 2020.

Ayan and Aman were Omphalopagus type of conjoined twins, a condition in which bodies of the two children are joined at the abdomen and several internal organs are shared, including liver and sometimes the intestines, said an official statement issued by the hospital on Friday.

The twin brothers shared a small portion of the liver. 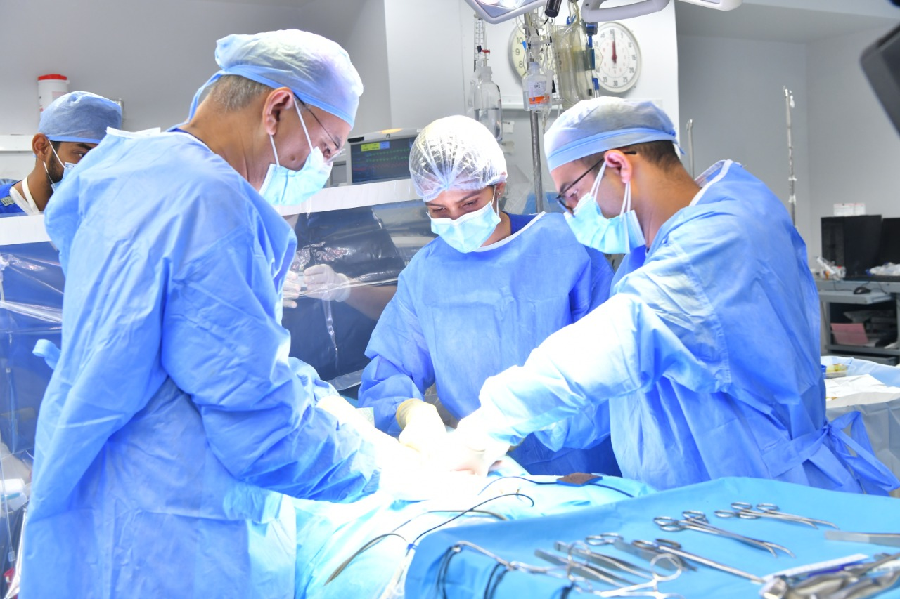 “It was an extremely challenging journey for us. Before coming to AKUH, I had a dream that Ayan and Aman were separate. That dream gave me hope,” said Israr Ahmed, father of the twins while narrating the events that led him to AKUH.

“My family and I were convinced that this hospital is for the rich and receiving treatment from here will never be a possibility for us. But, my Allah made the Aga Khan University Hospital the saviour of my children. The doctors told us to not worry about the expenses, as they would be taken care of by the Patient Welfare Programme.”

Conjoined twinning is a very rare congenital anomaly, with an overall incidence of 1 in 250,000 births. This happens when the embryo does not separate successfully in the mother’s womb to form two individuals.

Although, there is no known cause for the conjoining, it can be diagnosed early in the pregnancy through an ultrasound.

While surgery is the only method of separating the conjoined twins, it cannot be performed in all cases. This is because, the complexity of and survival rates after the surgery depends primarily upon the joining sites and the type and number of organs joined internally.

To perform this exceptionally difficult surgery, a multi-disciplinary team of highly skilled healthcare experts came together to meticulously plan and organise their efforts.

These teams included doctors, nurses and technicians from Paediatric Surgery, Anaesthesiology, and Radiology amongst active participants, and Gastrointestinal Surgery and Neurosurgery amongst those on stand-by.

The nature of this surgery is such that it demands double the amount of resources and concurrent functioning of all teams to manage and save both lives. 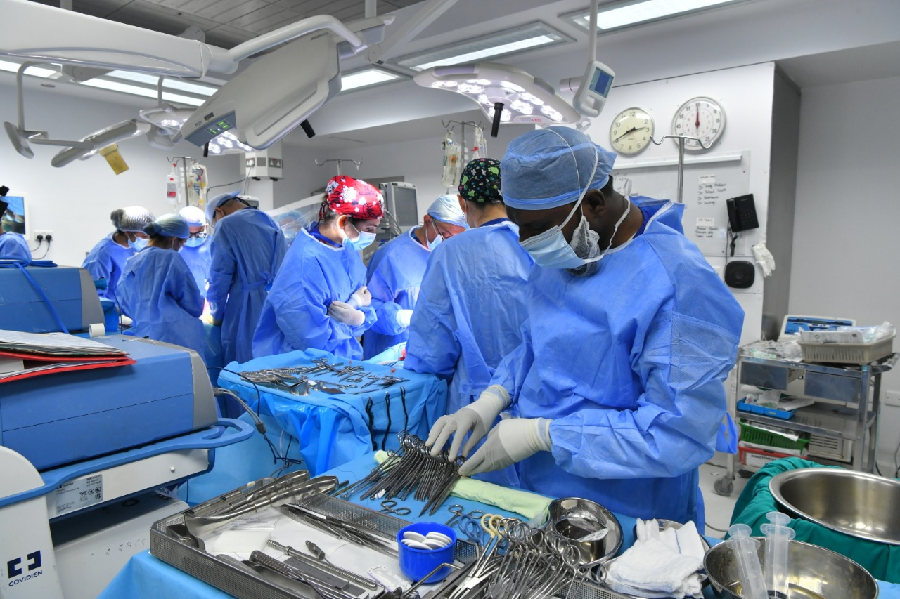 Prior to the surgery, an advanced imaging and three-dimensional prototyping was used to fully understand the nature of the conjoining, expertise required and necessary reshuffling of the resources. Dr Zafar Nazir, paediatric surgeon at the Aga Khan University Hospital, led the efforts to perform the eight- hour-long surgery with the support of over 50 clinical and administrative staff.

“This is a rare surgery that the hospital has performed for the second time. A tremendous amount of effort went in to the rearrangement of the resources, both inside and outside the Operating Room. But, at the end of this procedure, it was a joy to watch both the boys get a new life,” commented Dr Zafar as he recalled the events of the treatment.

The role of the anaesthesiologists was of great significance, as they had to ensure that both the babies were stable throughout the procedure. “The perioperative care of Ayan and Aman was like no other. As they were joined at the torso and facing each other, a complete incision required flipping them around. Therefore, we could not have intubated them, as it would have hampered the movement. We opted for an intravenous drug and ensured a thoroughly managed sedation throughout the procedure,” said Dr Faisal Shamim, anaesthesiologist at AKUH.

Israr Ahmed and his wife are not the only parents to have gone through this pain and suffering of finding the appropriate treatment. There are many such families who are in dire need to receive compassionate care and high quality treatment. Treating such rare and critical health conditions offers the experts at the AKUH, a commendable opportunity to test and enhance the facility’s systems and capabilities, and learn to design innovative health solutions for public.