Bushra Bibi 'more than a mother to me': Noor Bukhari

During an Instagram session, former actor was asked about her relationship with PM Imran Khan's wife 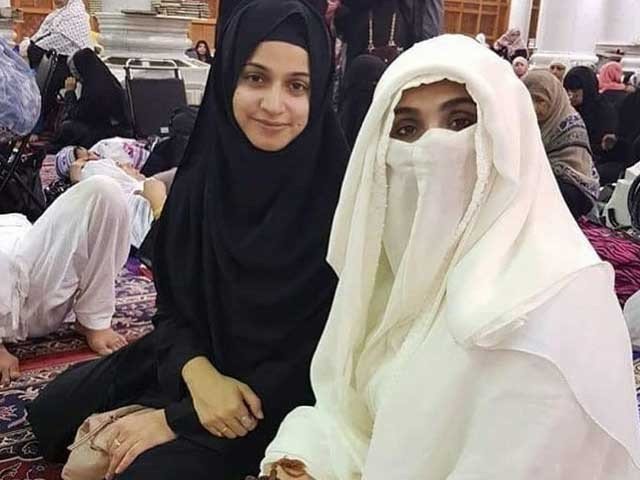 Former actor Noor Bukhari has described her relationship with first lady Bushra Bibi as "more than a mother” to her.

During a recently held question-and-answer session on Instagram, Noor was asked about her relationship with Prime Minister Imran Khan's third wife.

The former actor responded by saying that Bushra Bibi was more than a mother to her. The user also said that he respected Bushra Bibi as a spiritual person. 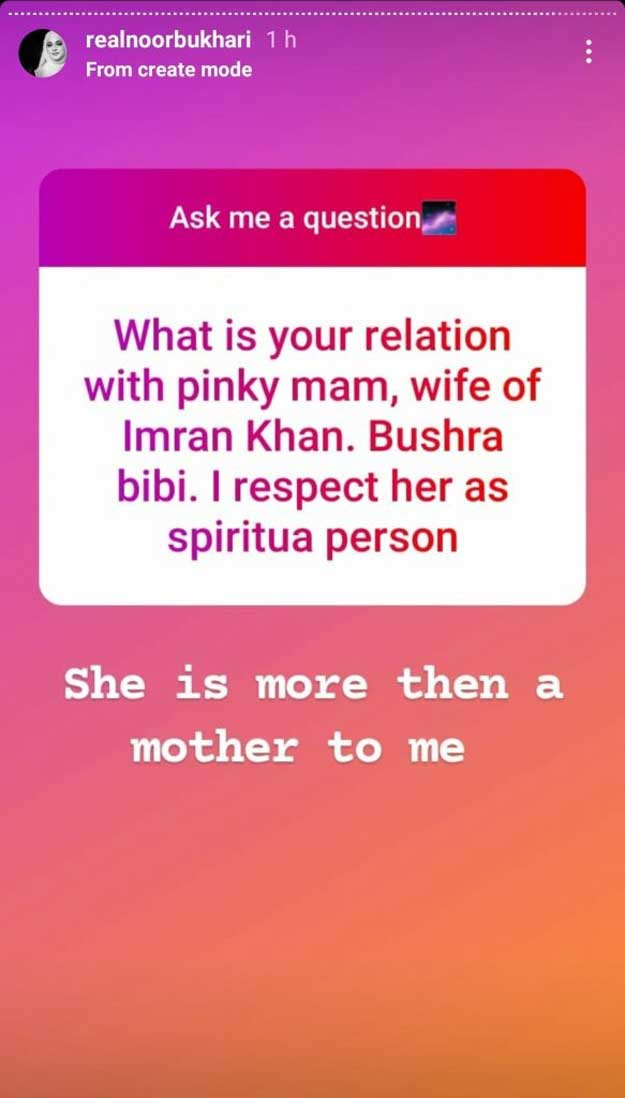 Two years ago, Noor had shared a photo of her with the first lady in Saudi Arabia, captioned "my spiritual teacher".

The former actor and TV host recently received flak over an Instagram story. The host took to social media and shared a snap of a Christmas tree, which sparked a debate over Noor's religious beliefs. 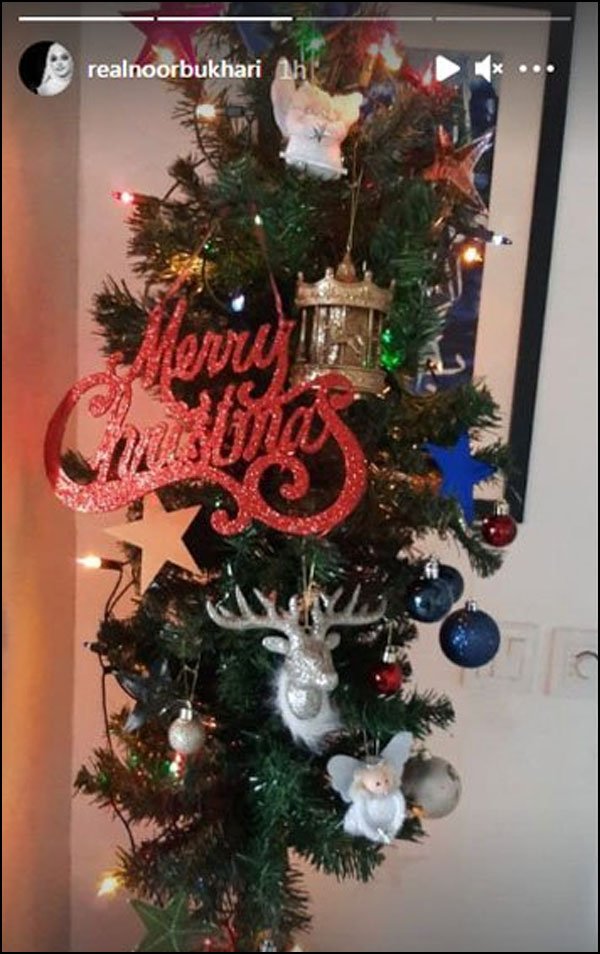 "I'm not Christian but I want my kids to learn to respect all religions and we should send positive gestures. They are Ahl-e-Kitaab," she wrote, adding, "Plus, my daughter loves Christmas tree, so I don't feel any harm in it. PS: Sab Allah ki makhlooq hain." 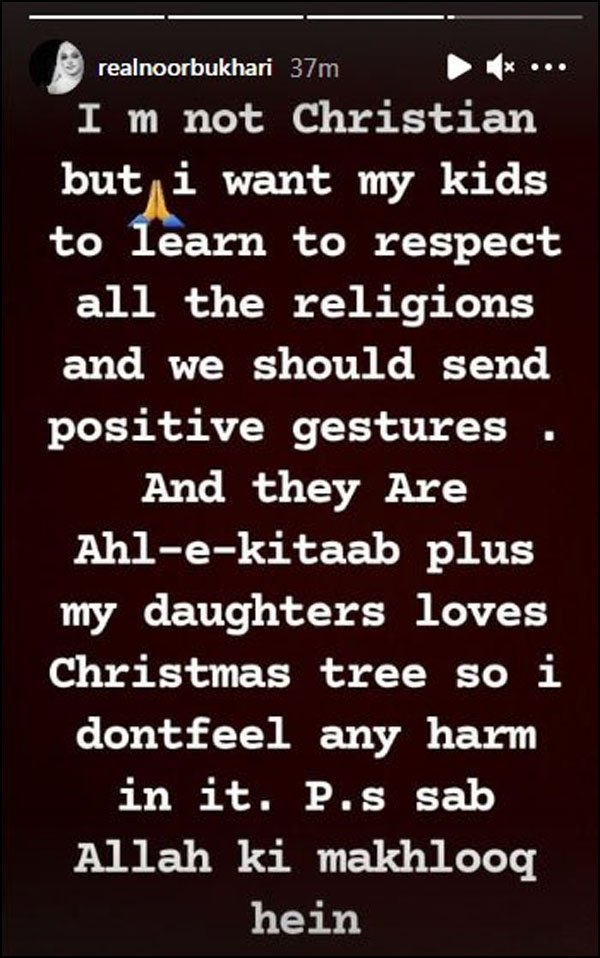 In 2018, the Pakistani celebrity explained that her showbiz journey had come to an end as she embarked upon the path to religion.

Talking to The Express Tribune, the star shared how things had changed since her decision. "My life changed the minute I chose to put on my hijab. I cannot put into words the experience I have had but I will say that I really felt what an ideal life feels like after choosing religion." She had added, "I have always had a lot of love for my family but after this year, I have a general sense of love for all of humanity."