A six-year war has left 80% of population reliant on aid, the world’s largest humanitarian crisis, according to UN

Paralysed and severely malnourished, seven-year-old Faid Samim lies curled up on a hospital bed in the Yemeni capital Sanaa, having barely survived the journey there. “He was almost gone when he arrived but thank God we were able to do what was necessary and he started improving.

He is suffering from CP (cerebral palsy) and severe malnutrition,” said Rageh Mohammed, the supervising doctor of the Al-Sabeen hospital’s malnutrition ward. Faid weighs only 7 kg (just over 15 lb) and his tiny, fragile frame takes up barely a quarter of a folded hospital blanket.

His family had to travel from Al-Jawf, 170 km (105 miles) north of Sanaa, through checkpoints and damaged roads, to get him there. Unable to afford Faid’s medication or treatment, the family relies on donations to get him treated. Mohammed says malnutrition cases are on the rise and impoverished parents are forced to rely on the kindness of strangers or international aid to get their children treated. 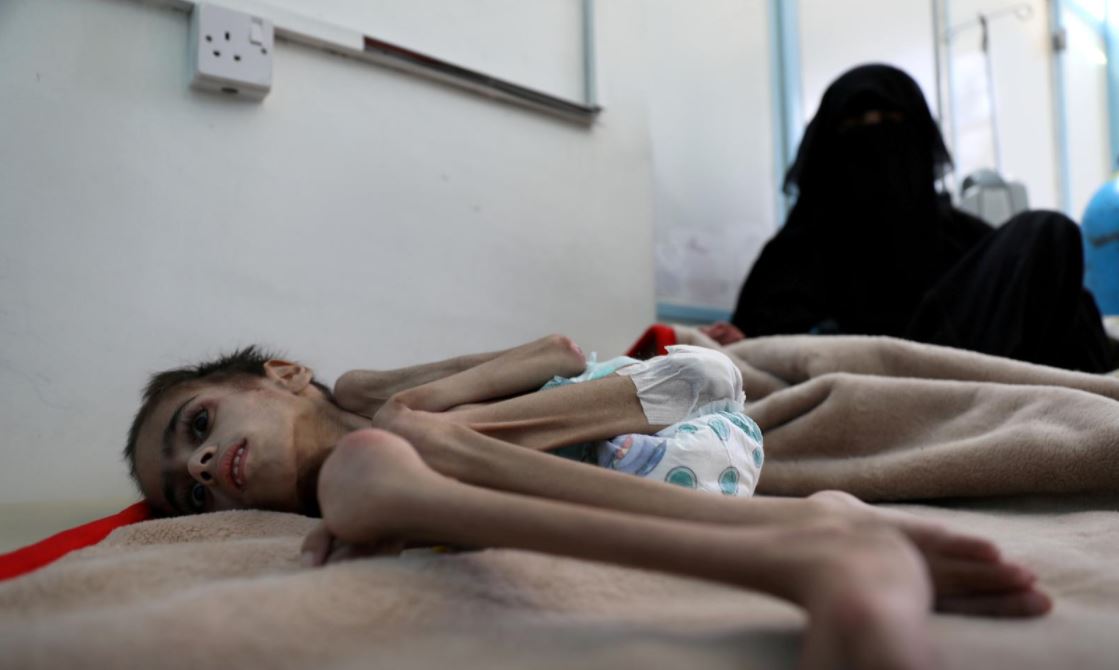 Famine has never been officially declared in Yemen, where a six-year war has left 80% of the population reliant on aid in what the UN says is the world’s largest humanitarian crisis. 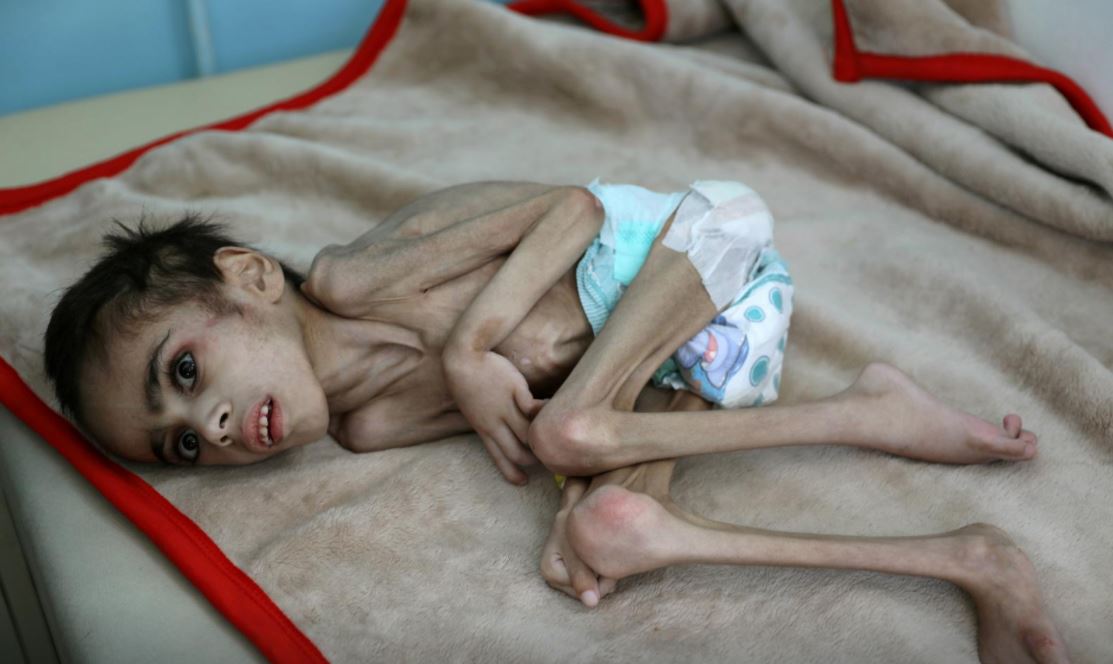 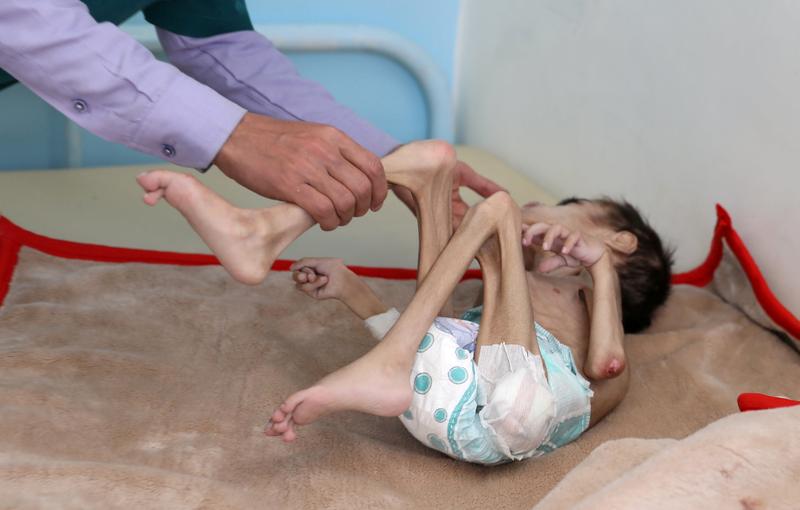 The war in Yemen, in which a Saudi-led coalition has been battling the Iranian-aligned Houthi movement since 2015, has killed more than 100,000 people and left the country divided, with the Houthis holding Sanaa and most major urban centres.