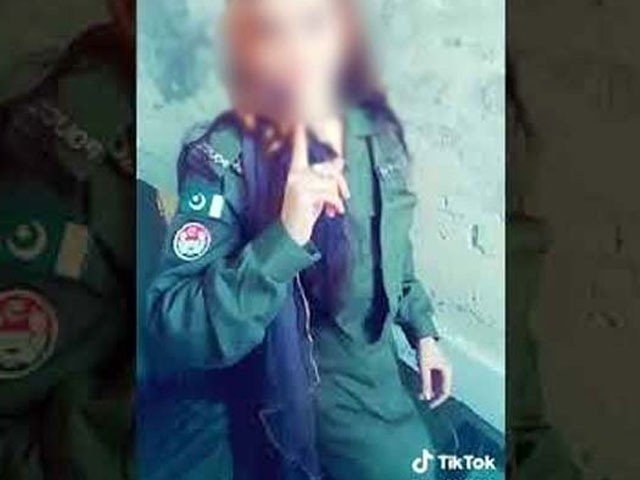 According to police sources, the couple would capture pictures and videos in the police uniform and upload them on Tik Tok - a social media platform. The wife used to present herself as a police officer posted at the Adiala jail.

The police registered a case against the couple; police uniforms, a laptop and mobile phone were recovered from their possession.

SP Rawalpindi Rai Mazhar Iqbal said that the suspects were arrested by SHO City and his team, led by DSP City, near Taj Company.

The suspects will be fined and punished in accordance with the evidence found against them.

Last year, a TikTok star with over one million followers was arrested by the Punjab Highway Patrol Police for reckless driving.

The highway police officials said that a famous TikTok star, Danyal Haider, was speeding beyond the limit near Choa Saidan Shah.

In another case, police claimed to have arrested a man on the charge of torturing his mentally challenged brother and pushing him into a canal to record a TikTok video. An accomplice of the accused was also arrested and a case was registered against them.

They tied him with a rope to a motorcycle to frighten him and made a TikTok video while pushing him into the canal several times.