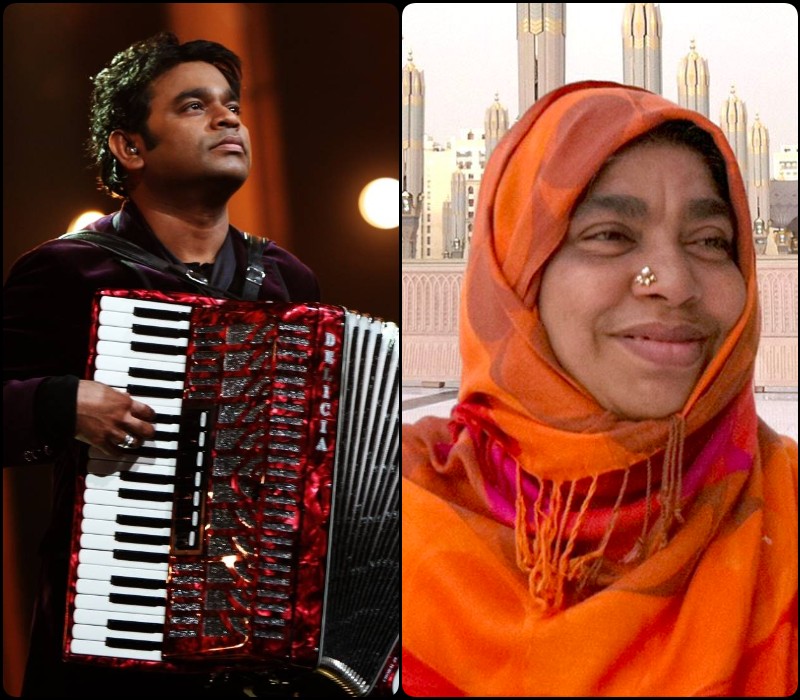 Music maestro AR Rahman’s mother Kareema Begum passed away in Chennai on Monday, reported the Indian Express. The Oscar-winning music composer confirmed the news by sharing a photograph of his late mother on Twitter.

Many from Bollywood offered their condolences to Rahman, including director Mohan Raja, producer Dr Dhananjayan, singer Harshdeep Kaur among others.

Taking to Twitter, Mohan Raja wrote, “Our deepest condolences sir. May her soul rest in peace.” Kaur, on the other hand said, “Dear sir, deeply saddened by your loss. May god give you strength, remembering Amma’s wonderful and gentle soul, she will forever remain in our hearts.”

Lyricist Vivek also shared, “Heart broken. Used to hear inspiring stories about how she was like an iron pillar and instrumental in the making of the genius musician. May God give you the strength to overcome this unbelievable loss @arrahman sir @arrameen and family.”

Rahman’s mother was a single parent after his father and music composer RO Sekhar died when he was only nine years old. In many interviews, the Mozart of Madras had expressed that it was his mother who first recognised and nurtured his musical gifts.

May her soul rest in peace.