PPP MNA from Tharparkar succumbs to Covid-19 in Karachi 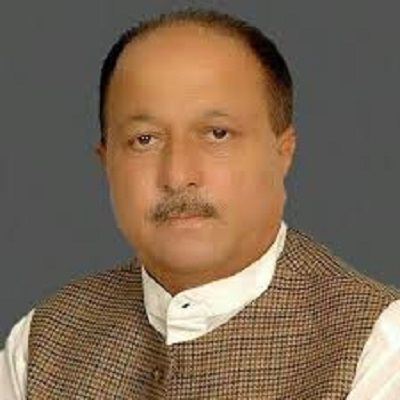 According to reports, Jeelani was undergoing treatment at a private hospital in Karachi where he succumbed to the deadly disease.

The PPP leader was elected as a member of the National Assembly from Chachro in Tharparkar in the 2018 elections, where he defeated Foreign Minister Shah Mahmood Qureshi.

Jeelani is among several lawmakers to have been hit by the disease. On December 21, Pakistan Muslim League - Nawaz (PML-N) Senator from Balochistan, Kalsoom Parveen, passed away in Islamabad after contracting Covid-19 last month.

She was admitted to a private hospital on November 28, where she was later put on a ventilator. She died at the hospital a few days after.

Kalsoom had been a member of the Senate since 2015.

Earlier today, the National Command and Operation Centre (NCOC) maintained that the country reported the highest number of coronavirus related deaths, 111, since June; taking the death toll to 9,668.

According to the NCOC, most deaths were reported in Sindh, followed by Punjab.

The highest number of ventilators occupied in the country was found to be at 51 per cent occupancy in Multan, followed by Islamabad at 40 per cent, Lahore at 35 per cent and Peshawar at 27 per cent.

The NCOC and Prime Minister Imran Khan has repeatedly asked citizens to strictly observe SOPs as the number of cases and deaths continue to rise in the country since the second wave began.