PSEs - they can’t breathe on their own - I 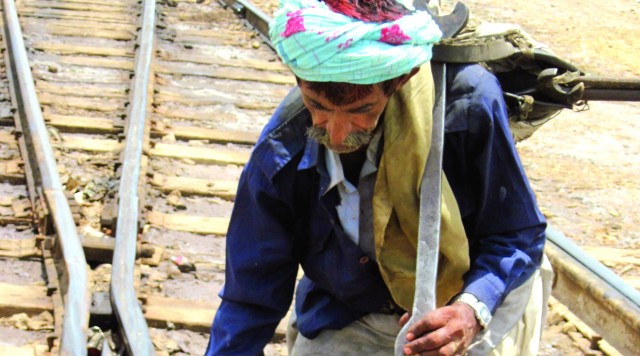 Believe it – and believe it – Pakistan is a nuclear-armed but a low-income country. It doesn’t befit the geopolitical stature we aspire to command.

The fact that the readers have smartphones, 4G and are able to read English qualifies you to the middle to upper class. However, swamps of Pakistanis live near or slightly above poverty levels. With a 200 million-plus population, unreliable unemployment numbers are easy to doubt.

What’s known, nonetheless, is that wage rates are very low, unemployment is very high and private sector jobs are hard to find. In such a gloomy scenario, imagine being stuck in “make ends meet” trap. That too, with low salaries and quick replacements.

Where is the government? Imran Khan’s government – and the masses at large – saw a very tough two years marred by economic derailment stemming from rupee devaluation and ensuing higher food inflation.

Without dwelling into factual faults of the previous government in terms of a historic high current account deficit at $20 billion, the policymakers should – and are – now focus on rejuvenating the economy or purchasing power of people. Is it getting better? With focus on industrialisation, cheaper tariff, export-led growth, housing-led revival and cushioned by low international oil prices, the stage is set for the private sector.

Post-Covid, Pakistan’s foreign currency reserves have crossed $20 billion – and are rising – and currency stability and low interest rates are also here to stay. Large-scale manufacturing is on the rise. Yes, the needle has moved. But, has the “Aam Aadmi” benefited yet? Not yet.

What matters to an Aam Aadmi is salary/ wages; monthly expenses; cost of health and education; fuel, gas and electricity prices; annual increments; and a stable economic environment.

It is the very private sector that creates jobs and finds the right skill set for the right jobs. With excess supply (people) of top quality graduates amid low demand (new jobs), the equation is simple – lower salaries.

Is the cheap labour (salary) something to be proud of? For long, we have called this a “competitive advantage”. It does not mean we should promote Pakistan as an investment hub based on miseries of the lowly paid skilled labour. Jobs are created when internal economic, political and security stability is ensured for decades, not for months or a few years. That said, a quick fix is increase the minimum salary.

Frustration among the masses is justified as they want governments to provide immediate and sustained relief. Thus, people at the bottom of the pyramid – for whatsoever reasons – deserve to not be exploited, but should be protected. Vietnam’s minimum wage varies from $130-190. In Saudi Arabia, sensing discomfort among the masses due to low oil prices cutting growth and increasing taxes to diversify the economy, the government fixed the minimum wage at 4,000 riyals or $1,000 per month. So, if you are a driver, watchman, maid, cook or cleaner, you are expected to get eight times more salary than in Pakistan.

In rural areas, the unskilled labour fetch even less than the minimum wage. Those developed/ developing countries do not pitch the candidacy as an investment hub due to cheap labour (near poverty lines). That’s something to ponder. Why would top graduates from LUMS, IBA and Agha Khan remain in Pakistan if graduate salaries are much lesser than those in other markets?

However, the industries, corporations, manufacturers and service providers earning abnormal profits would not have their competitiveness jolted per se. Of course, the rent-seekers would never be happy.

However, any increase in the minimum wage would be redirected back to the economy as the marginal propensity to consume extra income is almost 100% at that level. Pakistan needs to structurally shift from a “cheap” labour attraction to a “skilled” labour pool. For that, government policy should be aggressively shifted towards teaching the next set of value-added skills in the space of game development, animation, graphic designing, programming, app development, virtual/ augmented reality, data analysts, machine learners, etc.

These are the soft skills which can be acquired online and work can be sought from global markets while sitting at home. We have a huge proportion of women not employed and people in rural areas not willing to migrate to urban cities. These skill sets are their keys to progressive lifestyle and accessible remotely.

Will we regret being late again? The world is gradually moving away from graduation-based employment to skill-based recruitment. It doesn’t matter if you have the right degree but what’s important is the right skill.

The prime minister said recently that he should have gone to the International Monetary Fund (IMF) earlier and state-owned enterprises should have been reformed earlier.

Mere realisation is welcome. However, until we undertake a mass-level education programme – not the so-called “single curriculum” – that imparts skills to people at the grass-roots level in remote areas, the country will never achieve 5-6% sustainable gross domestic product (GDP) growth.