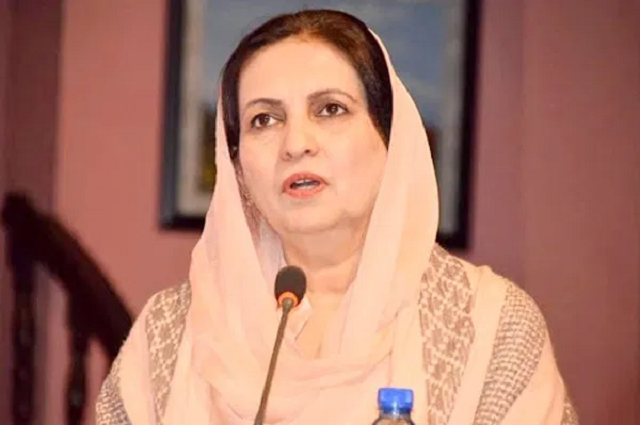 Parliamentary Secretary for Ministry of National Health Services Dr Nausheen Hamid has once again confirmed that the government had issued a permit to the private sector to procure Covid-19 vaccine.

The confirmation comes a day after a report published in local English daily Dawn refuted The Express Tribune report that the health ministry had allowed the private sector to purchase the coronavirus vaccine for the people who can pay through the nose.

In a press release issued on December 13, the health ministry clearly stated that the “private sector has also been given permission by government to cater for that segment of society which can afford.” However, the spokesperson for the ministry was referred in Dawn on Monday, denying issuing such a statement. 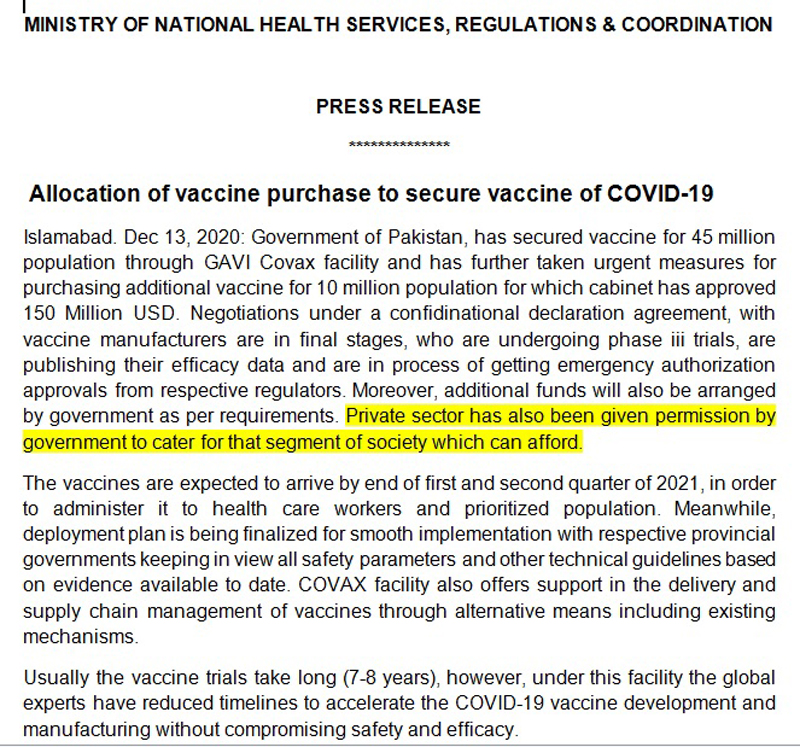 Speaking to a private news channel on Tuesday, the parliamentary health secretary said that the country’s giant pharmaceutical companies will be able to purchase the coronavirus vaccine before it becomes available in the market.

However, she said, the companies will have to register with the Drug Regulatory Authority of Pakistan (Drap) after which rates of the vaccine would be fixed.

Dr Nausheen further said that Drap would monitor the entire process from import to sale of vaccines to ensure transparency and avoid any confusion regarding the vaccine.

In the meantime the government was making every effort at its level to formulate a final strategy as soon as possible to decide which companies can buy the vaccine from Drap, she said, adding that the government’s procured vaccine would be provided free of charge to the general public.

Health experts said that enabling the private sector to acquire the vaccine also indicated that people might be able to buy doses before the government rollout.

Earlier, speaking to The Express Tribune, Dr Nausheen had said that the government had secured vaccine for a population of 45 million people through GAVI COVAX facility and had taken urgent measures for the purchase of additional vaccine for 10 million people for which, the cabinet had approved US$150 million.

The parliamentary secretary said that the government was in touch with the authorities concerned in the UK, US, China and Russia and had been analysing the availability, affordability and efficacy of the vaccine, which is currently in the last phases of trial.

Apart from the ministry’s statement, Dr Nausheen had told The Express Tribune on Sunday that the story published on Dawn’s website – Pakistan's allocation for vaccine purchase raised to $250m – was incorrect as the government was trying to increase the funds but it has yet to happen, adding the final decision will be taken by the Economic Coordination Committee (ECC) and the federal cabinet.

On November 21, a handout issued by the Ministry of Finance had stated that ECC of the cabinet “approved, in principle, the provision of technical supplementary grant of $150 million for the purchase of the Covid-19 vaccine”.

Later, the federal cabinet on December 1 approved allocating $150 million to procure coronavirus vaccine and reducing the cost of injections needed to treat the virus.

Dr Nausheen had also wondered why Dawn’s story quoted her saying that “GAVI has also pledged to provide vaccine for 20pc population which comes to 450 million people”.

“Even our population is not 450 million,” she said, suggesting it must have been a typo and the paper would fix it.