SBP, Ehsaas collaborate for ‘One Woman One Account’ scheme 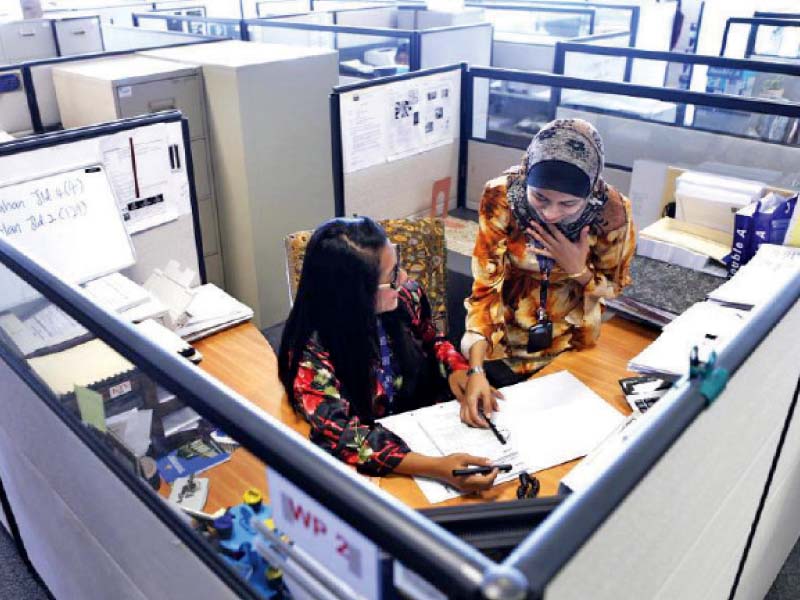 Speakers were of the view that voices of women needed to be ensured and strengthened at key business forums. PHOTO: REUTERS

President Dr Arif Alvi has appreciated State Bank of Pakistan (SBP) Governor Reza Baqir for playing a leading role in women empowerment through financial inclusion and expanding the landscape for digital payments in the country.

Speaking at an online meeting with Baqir, he acknowledged the role of micropayment gateway in unlocking the potential for economic benefit.

The president admired the recommendation that young female entrepreneurs with large social media following could be identified as brand ambassadors to create awareness among the public of SBP policies and products for promoting greater financial inclusion.

Speaking on the occasion, Baqir gave a detailed briefing on a number of regulatory and financing measures undertaken by the central bank to enhance the flow of financial services to women.

He highlighted that the SBP had been providing financing, under its subsidised Refinance and Credit Guarantee Scheme for Women Entrepreneurs, since 2017 to facilitate women-owned startups and small-scale businesses by providing loans of up to Rs5 million.

To particularly benefit the women of Balochistan and encourage them to avail loans under the scheme, a quota of 20% had been reserved for women entrepreneurs of the province, he said.

“SBP’s efforts are aligned with government’s priorities for encouraging self-employment,” he said. “Under the Prime Minister’s Kamyab Jawan Youth Entrepreneurship Scheme, a quota of 25% has been reserved for women.”

He remarked that the SBP was collaborating with the Ehsaas programme to implement the prime minister’s vision of “One Woman One Account’ beyond the existing facility of cash disbursement through branchless banking agents only. He also highlighted the key features of SBP’s upcoming “Banking on Equality” scheme, which would promote equality in banking and reduce gender gap in financial inclusion.