In major shift on Twitter, Imran Khan hits unfollow on everyone

Prime Minister Imran Khan on Monday chose to hit unfollow on the 19 Twitter handles on his official account on the micro-blogging site. Before this wipe out, the last account that the premier had decided to unfollow was of journalist Hamid Mir, with rumours rife among netizens that the decision was taken amid rising criticism of the government by the anchor.

The others handles followed by PM Imran included organisations that he is heading such as the Pakistan Tehreek-i-Insaf, the Shaukat Khanum Memorial Hospital and Namal Institute, Mianwali. 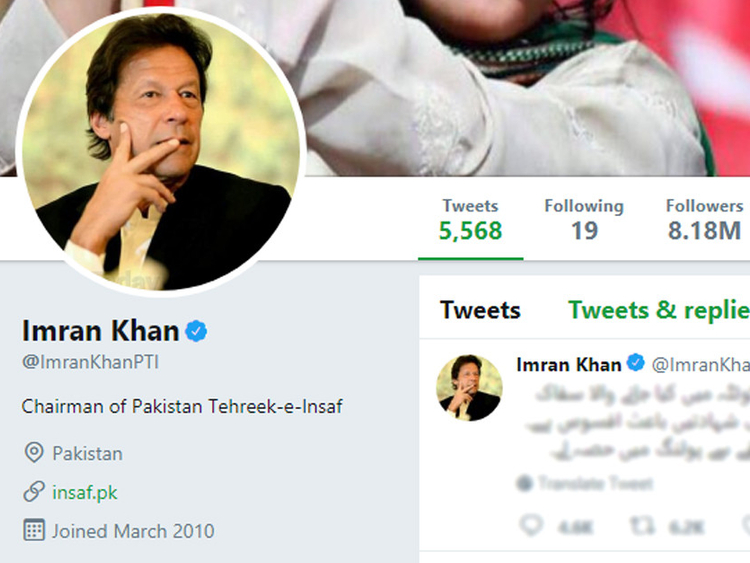 PM Imran has almost 12.9 million followers on Twitter, with the most for a Pakistani on the micro-blogging site.