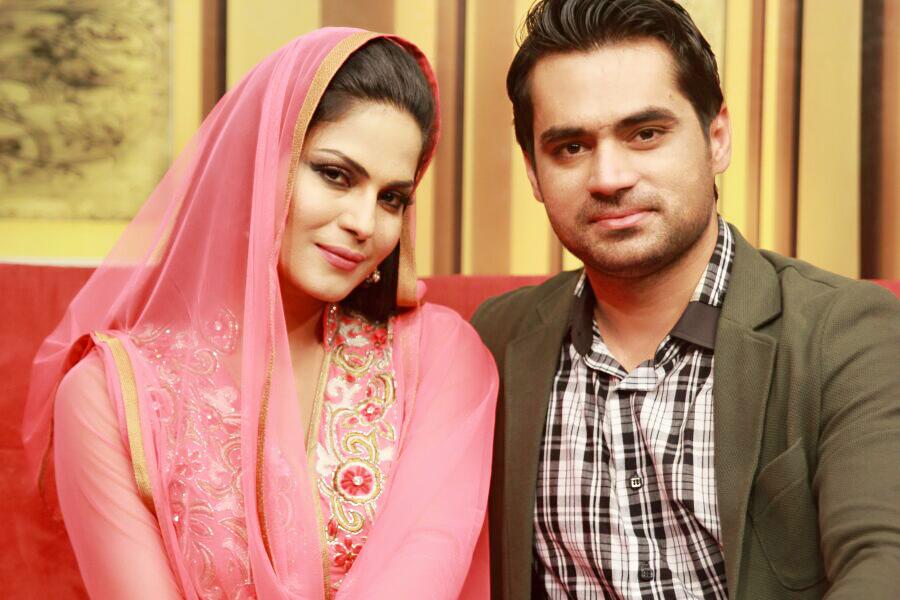 Former actor and host Veena Malik's ex-husband Asad Khattak, after a nasty legal battle, has now shared that he married the actor to guide her to the right path, reported Express PK.

"Everyone is asking me why I married a woman like Veena Malik," said Veena's ex-husband Asad, after the duo decided to split after four years of marriage. He further added on how Veena met him at the Dubai Consulate and they got married within the eight days since they first met.

In the first meeting, Khattak criticised his apparent wife-to-be for tarnishing Pakistan's image. But according to him, the former Bigg Boss contestant has then claimed she did everything against her country under constraint and against her will.

It should be noted that according to the documents shared by Veena, the two had divorced in 2017. This was later confirmed in 2018.

Asad has claimed that Malik told him, “'I want to pursue the right path and also to have a good person to marry me.' So, as a Pakistani and a Muslim, I married this mislead woman." Veena's former husband highlighted how he tried his best to bring his ex-wife, on the right path but unfortunately, their marriage did not work out due to irresoluble differences.

He also added that the actor had lied to him about everything and that he can tolerate anything but the immoral influence on his children.

Earlier, it was reported that Asad had sent a notice to Veena looking for Rs 500 million in defilement for illegitimately relocating their two children from the UAE to Pakistan without complete custody.

The former couple has two children, Abram and Amal, who currently live with the actor.