Trade deficit widens to $9.6b 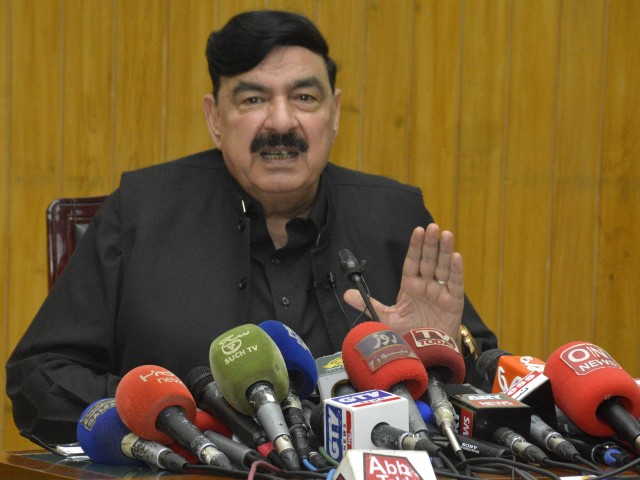 Federal Minister for Railways Sheikh Rashid Ahmed has criticised the 11-party alliance – the Pakistan Democratic Movement – for staging rallies during the second wave of the coronavirus, saying that the mantra of the opposition parties is respect the vote but on the other hand they are endangering the lives of the voters through their public gathering.

“The PDM’s rallies cannot bring down the [Prime Minister] Imran Khan’s government, which will complete its five-year tenure,” the railways minister said while addressing the media during a visit to the ITTMS project and National Logistics Cell (NLC) at the Pak-Afghan border in the Chaman area of Killa Abdullah district on Friday.

"The PDM says respect the vote but let the voters die from the deadly virus," he added.

Rashid said that the first wave of the pandemic had been coped with through the best policy of Premier Imran and efforts were also under way to quell the second wave of the deadly virus.

“PM Imran is taking positive measures for development and prosperity of the country,” he said, adding that the situation of Pakistan Railways would improve and travel facilities could be provided to citizens after the completion of Main Line One (ML-1).

The minister announced starting repair work of warehouses for upgradation of the railways.

“A meeting can be conducted in December to address the issues railway land at the Pak-Afghan border,” he said.

He termed the ML-1 project important for the development of railways, saying that the railways system would be upgraded step by step.

Earlier, Rashid inspected the ITTMS and NLC projects where he reviewed trade activities at the Pak-Afghan border.

Concerned officials briefed the minister about the projects’ progress and their requirements in detail.

The minister appreciated the officials in this regard and assured them that he would take all possible steps for the progress of the railways sector, which “is important for growth of the country”. (With input from APP)