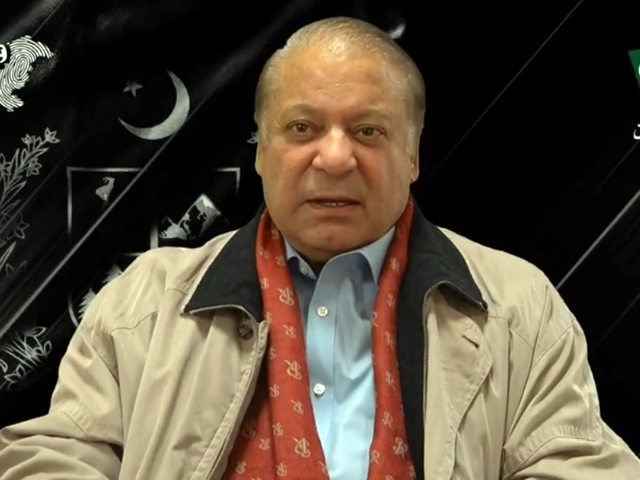 The British government is expected to extend the visa of former prime minister and Pakistan Muslim League-Nawaz (PML-N) supreme leader Nawaz Sharif for another six months, sources told The Express Tribune on Tuesday.

The sources said that Sharif’s visa expired on November 18 and he engaged a legal firm in the UK for an extension in his visa on medical grounds.

Sharif said in his application that his treatment in the UK could not be completed due to non-availability of doctors owing of Covid-19 outbreak.

Sharif, who was convicted over corruption by the accountability court, had flown to London in November 2019, after the federal government gave him a rare permission to get abroad for medical treatment.

His UK visit visa had expired after completion of six months stay. A further renewal of six months required an exit from the UK before expiry and a re-entry to the UK after a visit abroad. However, the above requirement can be waived in the event of serious illness. The sources also revealed that the UK authorities were told that even Sharif could not travel abroad due to severe illness.

According to a sources, Sharif’s visa application had been approved. However, there was no official confirmation from the British authorities. Other sources said that the they were optimistic about the approval of Sharif’s application of visa extension.

A senior official in the law ministry believes that the timing of Sharif‘s recent illness appeared rather convenient as it coincides with his visa expiry date. He also admitted that it is not possible for the government to seek repatriation or extradition of Sharif from UK.

Even a senior PMLN leader said that since Karl Marx, the UK authorities have never repatriated any political figure from their country. Likewise, the judicial system there is also strong and the process of extradition starts in the court.

Earlier, the Foreign Office has told the Islamabad High Court (IHC) that Nawaz Sharif was deliberately “concealing himself” in a bid to stall the execution of the court orders.

“It is established that convict Nawaz Sharif is fully aware of the proceedings of this case and deliberately concealing himself from the execution of processes of this court and absconding,” said a report submitted by the Foreign Office in the IHC.

An IHC bench on September 15 issued the former premier’s non-bailable arrest warrants after he failed to appear before the bench for hearing of his appeals against his conviction in Al-Azizia and Avenfield cases.

Later, the bench started the process of declaring the PML-N supreme leader an absconder and ordered authorities to publish advertisements — or proclamations — in London-based newspapers, summoning Sharif on November 24.

The IHC had noted that if Sharif did not appear in the court within 30 days after publication of the ads, he would be declared an absconder. It had also ordered the authorities concerned to paste the notice outside his London and Lahore residences.

The Foreign Office report said that the Pakistan High Commission in London stated on November 9 that the proclamation had been forwarded to Sharif’s residence via Royal Mail and that Sharif had received the proclamation.

“A copy of the receiving given to the Royal Mail has also been annexed with the letter of the Pakistan High Commission in London,” it said. It added that the news regarding issuance of proclamation was widely reported by the print and electronic media both within Pakistan and abroad. The proclamation was also put up at the premises of the IHC on October 21.

In compliance with the IHC’s October 7 order, another report was submitted to the IHC by the office of the additional attorney general for Pakistan through Assistant Attorney General Saqlain Haider.

The report said that the proclamation was received on October 12 from the IHC additional registrar, judicial, with request to publish it in the Lahore and London editions of two Pakistani newspapers on October 19.

The additional attorney general’s office also wrote to the Press Information Department (PID), requesting it to publish the proclamation. The proclamation was published on October 19.

The additional attorney general’s office also sent the proclamation to the Foreign Office and the Federal Investigation Agency (FIA) director general on October 22 to put up the proclamation at the residences of Sharif in Lahore’s Model Town, besides Shamim Farms and Jati Umrah.

The FIA later constituted a team for personally putting up the proclamation at the residence. However, some senior lawyers said it is impossible for the federal government to repatriate or extradite Nawaz Sharif.