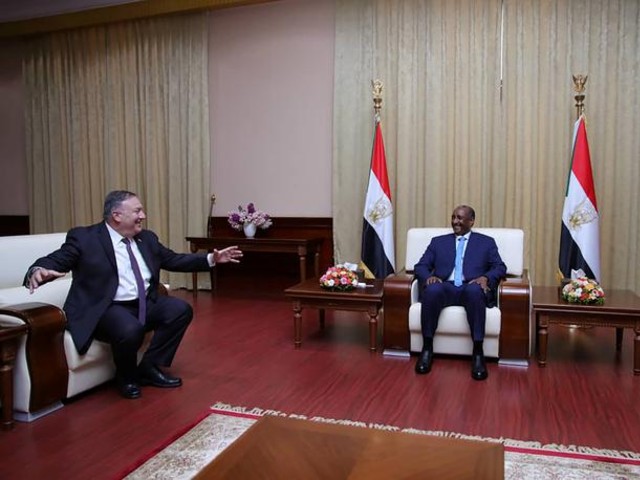 Israel and Sudan agreed on Friday agreed to normalise relations in a deal brokered with the help of the United States, making Sudan the third Arab country to set aside hostilities with Israel in the past two months.

As part of the agreement, Trump took steps to remove Sudan from a US government list of countries promoting terrorism. A senior US official said Trump signed a document on Air Force One on Thursday night to notify Congress of his intention to remove Sudan from the list.

“The leaders agreed to the normalisation of relations between Sudan and Israel and to end the state of belligerence between their nations,” according to a joint statement issued by the three countries.

Sudan followed a path begun by the United Arab Emirates and Bahrain in striking deals aimed at normalising relations with Israel.

A signing ceremony was expected to be held at the White House in coming weeks, the officials said.

The joint statement said the leaders agreed to begin economic and trade relations, with an initial focus on agriculture.

Delegations from each country will meet in the following weeks to negotiate agreements of cooperation in those areas as well as in agriculture technology, aviation, migration issues and other areas, the statement said.

The statement said Sudan’s transitional government has “demonstrated its courage and commitment to combating terrorism, building its democratic institutions, and improving its relations with its neighbours.”

As a result, “the United States and Israel agreed to partner with Sudan in its new start and ensure that it is fully integrated into the international community,” the statement said.

Kushner called the normalisation deals the start of a “paradigm shift” in the Middle East. He said Sudan’s decision was symbolically significant because it was in Khartoum in 1967 that the Arab League decided not to recognise Israel’s right to exist.