Pakistan’s current account balance - the difference between government’s foreign income and expenditure - remained in surplus for the third month in a row at $73 million in September 2020, creating history with a 17-year high surplus in the July-September quarter.

“Great news for Pakistan. We are headed in the right direction finally. The current account was in surplus of $73 million during September, bringing surplus for the first quarter to $792 million compared to a deficit of $1,492 million during the same time last year. Exports grew 29% and remittances grew 9% over the previous month (August),” Prime Minister Imran Khan stated on his official Twitter handle.

The surplus in September was surprising as economists had expected a deficit following the widening of trade gap - higher imports than exports. “The September 2020 current account balance came in better than expected, where largely a deficit was expected based on earlier released numbers by the Pakistan Bureau of Statistics (PBS) for trade balance,” Topline Research said in its comments.

PBS reported a trade deficit of $700 million in September compared to the previous month of August, while the State Bank of Pakistan (SBP) reported the deficit at $140 million, it noted.

“The discrepancy exists because the central bank relies on receipts and payments of foreign exchange for compiling its data while the PBS monitors the physical movement of goods. The impact of this may be reflected in the October current account balance.”

However, “the receipt of workers’ remittances stood above $2 billion for the fourth consecutive month; the much-awaited growth in exports and improvement in the balance of trade in services extended support for achieving the surplus in current account balance,” Pakistan-Kuwait Investment Company (PKIC) Head of Research and Development Samiullah Tariq said while talking to The Express Tribune.

Pakistan achieved the current account surplus in a quarter after a gap of five years, while the volume of surplus stood at a 17-year high at $792 million in July-September 2020, Tariq said.

With this, the current account deficit for current fiscal year 2020-21 was estimated at $1-1.5 billion compared to the International Monetary Fund’s (IMF) projection of more than $6 billion (2.5% of gross domestic product - GDP), he added. Topline said, “Looking forward, we expect the current account deficit to come in at $2.5-3 billion in FY21 (1-1.2% of GDP) as Covid-19-related lockdowns and restrictions are eased globally and international oil prices also go up.”

Pakistan meets over 70% of its energy requirement through imports. The share of energy in total imports stands around 25%. 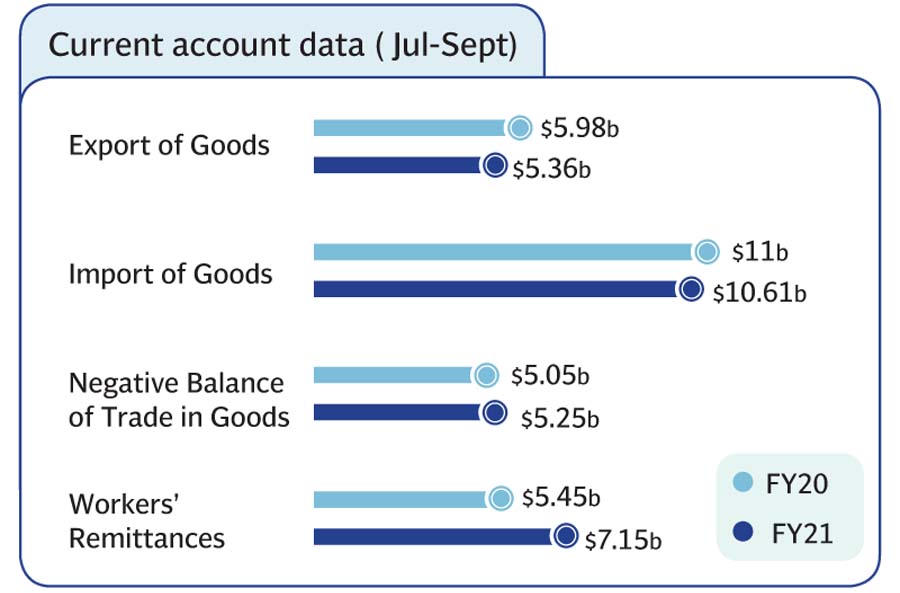 Import of goods decreased almost 4% to $10.61 billion compared to $11.03 billion. Export of goods dropped 10.5% to $5.36 billion compared to $5.98 billion. Tariq said remittances were expected to remain healthy as treasury heads at leading banks hoped the measures taken by the government to improve the workers’ remittances like crackdown on Hawala/ Hundi operators may not be reversed.

While trade of balance in services improved following international travelling remained largely suspended in the wake of Covid-19. People do spend a notable amount abroad, while the continuous suspension of the flights provided support in collapsing the Hawala-Hundi operators’ network.

He hoped things on the economic horizon would largely remain in favour of the country. “Pakistan is expected to beat through IMF projection for GDP growth at 1% in FY21 and realise a larger economic growth.”

The central bank has projected the economic growth at 2% for the year.

He said imports would continue to rise with reopening of local and global economies from partial lockdowns. “The growth in imports is okay if exports also continue to improve as happened in September,” he said. The reports that textile factories are working at full capacity suggest exports should maintain uptrend, as textile sector alone earns almost 60% of the total export earnings in the country. Besides, other large scale manufacturing (LSM) sectors like fertiliser, cement and automobile also reported growth during the month of September.

However, inflation - particularly the food inflation - remained a big challenge for economic managers, as the performance of agriculture sector remained sluggish following locust swarm attacks and heavy rainfall on the fields in the early part of the current fiscal year. “Above all, the Covid-19 pandemic has yet to get over globally, including Pakistan,” he concluded. 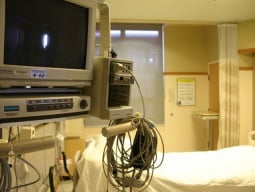 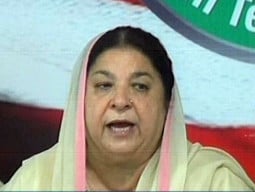 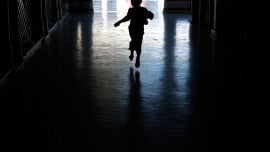