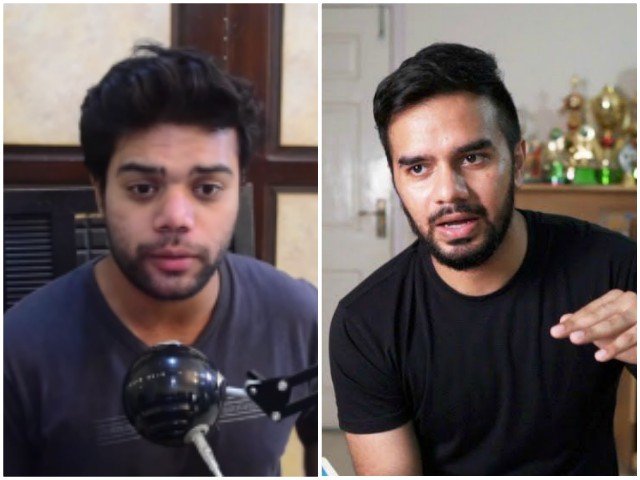 Early in August, popular vlogger Irfan Junejo announced that he is disassociating himself from fellow social media sensation, Saad ur Rehman aka Ducky Bhai. Junejo, who hasn't been an avid Twitter user, said he took the decision because of Ducky promoting 'problematic stances'.

While many thought that would have been the last interaction between the two, Junejo on Tuesday called out Ducky over one of his videos in which the latter had schooled TikToker Ali Hyderabadi over his colourist comments.

"I am really glad Ducky Bhai made a video telling his 12-year-old fans why it's NOT OKAY to make fun of somebody's face and their looks. That is a strong message," Junejo started, adding, "I hope someday some TikToker calls their female fan a khusra for having a masculine voice or calls them a chakka for being too feminine so his 12-year-old fans can also, understand why THAT IS NOT OKAY AS WELL."

He went on to add, "As for Ducky Bhai himself, I don't need to say anything. His videos are proof enough of the hypocrisy."

Lashing out at Ducky, Junejo further added how the former had always normalised body shaming. "Ab kisi tiktoker ne kardia hai toh bhai ke andar ka social activist jaag gaya hai. (Now that some TikToker has done it, the activist within him has suddenly waken up)," he wrote.

Junejo then went on to share two videos of Ducky, pointing out the latter's problematic views. "These are just two videos of someone who has apparently become the champion of ethics and morals. There are 95 more. Our audience cannot grasp a simple concept: calling someone dark-skinned is wrong, only if a Tiktoker does it, not when a prominent YouTube celebrity does," he remarked.

As many would have expected, Ducky did not back down and responded to Junejo's criticism.

Sharing an old video with the latter, Ducky wrote, "Missing those days when Irfan Junejo used to love my dhinchak pooja, Sham Idrees and Nasir Khan roast and he used to proudly feature me in his sponsored vlogs. Now he thinks it's toxic. He is funny."

Missing those days when Irfan junejo used to love my dhinchak pooja, Sham Idrees and Nasir Khan roasts and he used to proudly feature me in his sponsored vlogs. Now he thinks it's toxic. He is funny. pic.twitter.com/ey0Ac9Maco

Ducky then talked about the videos Junejo had called out. "Meri jaan all these videos you mentioned were made when you were a huge fan of mine and used to proudly support me on your stories and videos," he wrote.

Meri jaan all these videos you mentioned is when you were huge fan of mine and used to proudly support me on your stories and videos ❤ https://t.co/LlVA70Go3k

.To this, Junejo reiterated, "Meri jaan toh aap bhi toh maan lo Ali Hydrabadi (the TikToker in question) aur aap main zada fark nahi hai (You should realise that you’re not any different from the Tiktoker (in question) Ali Hyderabadi). I called you out because your actions threatened my friend's life. You apologised as well. Yaad aya? (Do you recall?)"

Ducky then went onto say why Junejo was just over-sensationalising things when he cut off ties with him earlier. The tension between the two YouTubers arose after Ducky had called out a user in a crass manner for what he felt was an act of disrespecting the country. This triggered an outburst on social media with the user being subjected to personal attacks despite deleting the original post and apologising. Later on, the YouTuber also deleted his initial post and has maintained that he is not directly responsible for the user being bullied on social media.

"You used the hype to bring the said friend under more limelight whereas I tried and got hate tweets and posts deleted from Facebook and Twitter," Ducky said. "Your public disassociation with me did not do your friend any good. If anything, she was subjected to more abuse. If you don't want to believe it, then I can't help you."

Junejo kept on asking Ducky to respond to the transphobic jokes and body-shaming comments. The latter, however, shared he will respond some other time.

Have we seen the last of this heated exchange? Only time will tell.