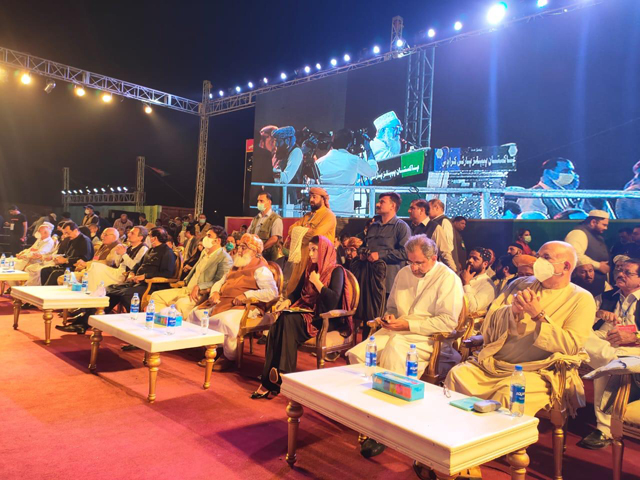 He expressed this while chairing a meeting of law and order situation in Quetta related to the PDM rally, according to a press release issued by DGPR on Tuesday.

During the meeting, the attendees discussed in detail security issues related to the opposition’s upcoming gathering. Asghar ordered to ensure security of national leaders during the procession and warned that no compromise would be tolerated and accepted in case of any lapse.

The chief secretary maintained that all available resources and capacities must be utilised to ensure security and protection of lives of people during the gathering.

During the course of meeting, he condemned the incident of martyrdom of security personnel and private guards of state-owned oil company OGDCL at Makran Coastal Highway.

“Cowardly attacks like these can’t sabotage peace, stability and economic development in Balochistan,” said Asghar, adding such acts couldn’t subdue resolve of our forces determined to defend and protect the country at the cost of their lives.