Cabinet body for no gas outages in winter 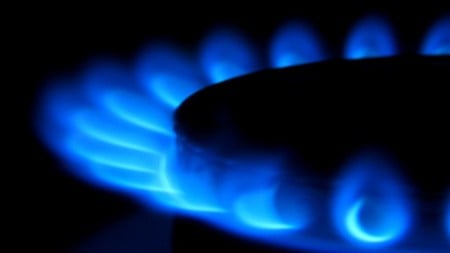 The Cabinet Committee on Energy (CCOE) on Thursday directed the energy ministry not to curtail gas supply to industrial and residential consumers in the winter season.

During a meeting, the Petroleum Division presented the natural gas demand-supply situation in winter including the liquefied natural gas (LNG) import requirement.

The CCOE, which met under the chairmanship of Federal Minister for Planning, Development and Special Initiatives Asad Umar, instructed the energy ministry to ensure that no gas load curtailment was done for the industry and all efforts were made to meet the remaining demand. The gas allocation priority criteria should be adhered to by the ministry during the winter season, he said.

The committee took serious notice of non-completion of a 17km gas pipeline extension at Port Qasim by Sui Southern Gas Company (SSGC), which was a hurdle to the utilisation of LNG terminal capacity.

The CCOE requested the minister for energy to follow up with the government of Sindh in order to ensure that a no-objection certificate was issued for the construction of the pipeline and the project was completed by December 2020. The committee stressed the need for full utilisation of excess LNG by making additional gas available in the system.

The government has allowed private sector to utilise terminal capacity to reduce financial burden on the government. Furthermore, implementation status of the North-South Gas Pipeline was also reviewed. The committee directed the energy ministry to expedite the process of land acquisition, prepare a detailed project implementation schedule along with transaction structure, which should be completed by February 2021.

The CCOE gave directives for fully utilising the furnace oil being produced by local refineries in the power sector in a bid to reduce reliance on fuel imports.