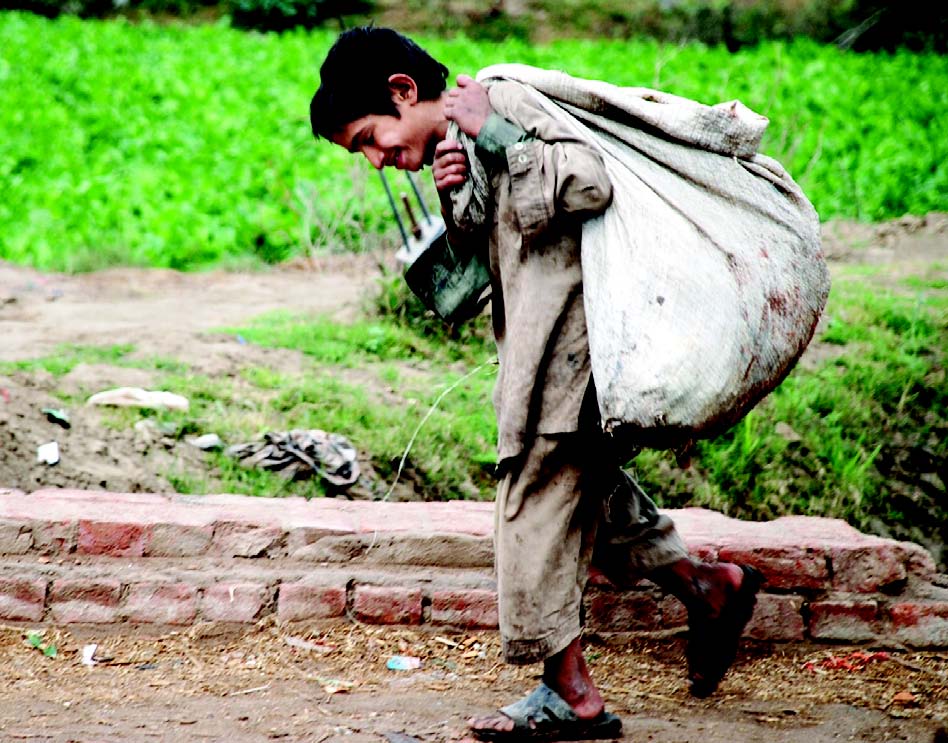 Over 50,000 children are living on Karachi’s streets and many among them are involved in criminal activities, the counsel of a petitioner seeking the implementation of child protection and safety laws in Sindh informed the Sindh High Court on Friday.

He prayed the court to order the implementation of child protection and safety laws in the province.

At this, the court expressed annoyance at the Child Protection Authority (CPA) over its failure to implement the laws, remarking that the authority had been set up only so that its officials could continue to collect salaries.

The bench further observed that the authority was established in 2011 and relevant laws formulated in 2016. But, the court questioned, were they implemented?

Justice Mazhar, in particular, observed, “Numerous heirless children on the roads of Karachi practice beggary, rapes of minors are reported [frequently] and many have fallen prey to forced labour. But what is the CPA doing and how many children have been shifted to shelters?”

In response, the CPA director general informed the court that shelter homes for homeless children would be set up by 2021.

Adjourning the hearing, the court ordered the CPA to submit a progress report, elaborating on its performance since 2011, and summoned the social welfare secretary in a personal capacity on November 3.

The same bench directed the police take action against the sellers of gutka and mawa in Badin and submit a report thereafter.

It was hearing a plea pertaining to the sale of the contraband items in Badin, despite a ban on the practice.

At the hearing, a police official told the court that 236 cases were registered in Badin over the ban’s violation and 291 persons accused of the illegal sale had been arrested. Besides, he said, 75,133 kilogrammes of gutka and machinery used in gutka-manufacturing units has been confiscated.

“[But] why is gutka being sold despite a law being enacted against it?” questioned Justice Mazhar.

The court then directed the petitioner to prepare a list of violators and directed the police to get the former to identify the offenders, and then arrest and book them.

Directing the police to take action against gutka sellers, the court sought a progress report from them within four weeks.

Rejecting their bail pleas, the court remarked the National Accountability Bureau (NAB) had produced undeniable evidence against the accused.

According to the NAB prosecutor, the accused have been involved in awarding tenders for the promotion of culture and tourism to dummy contractors, with no progress made on this front. Their misconduct caused a loss of Rs48.5 million to the national exchequer, as per the prosecutor.

Five of the accused nominated in the reference have applied for plea bargains in a trial court, while one has refunded Rs15.4 million to the national treasury.

The same bench also dismissed an appeal against the sentences awarded to an income tax officer, Mumtaz Nizamani, and two others by a trial court, which found them guilty of corruption in connection with sales tax refunds.

In its ruling, the court directed relevant authorities to uphold three years of imprisonment meted out to Nizamani and 10-year jail terms handed to the other two convicts, as well as penalties levied on them. It further directed that the trial court’s decision declaring the convicts ineligible for appointment to any government post for 10 years and any private post for five years was also to remain in force.

According to the NAB, the convicts collected sales tax refunds on account of fake companies and caused a loss of millions of rupees to the national treasury.