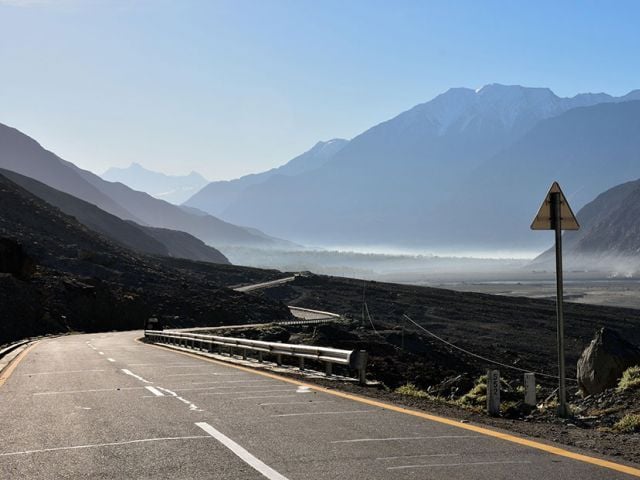 The dilapidated condition of the section of Karakoram Highway passing through Abbottabad is highly deplorable, said Hazara Division Commissioner Riaz Khan Mahsood on Tuesday. He directed the National Highways Authority (NHA) and provincial authorities to immediately start construction of Karakoram Highway (KKH) from Fawara Chowk to Ayub Medical College Abbottabad. He said this while chairing a meeting regarding the KKH reconstruction project at his office. Riaz Khan ordered all concerned departments to take concrete measures for the timely completion of the project. He also directed to make a comprehensive plan to protect the road from flash flood and also construct a sewerage system on both sides of the roads. Commissioner directed departments prohibit overloading, identify encroachment on either side of the KKH and remove it immediately, also remove electricity and PTCL poles, water supply and sui gas pipelines. Creating hurdles in traffic flow. While briefing the meeting NHA officials said that in the light of directives issued by the commissioner’s office the reconstruction of KKH in Abbottabad has been started in three phases.