Pregnant women decided to stay away from hospitals due to fear 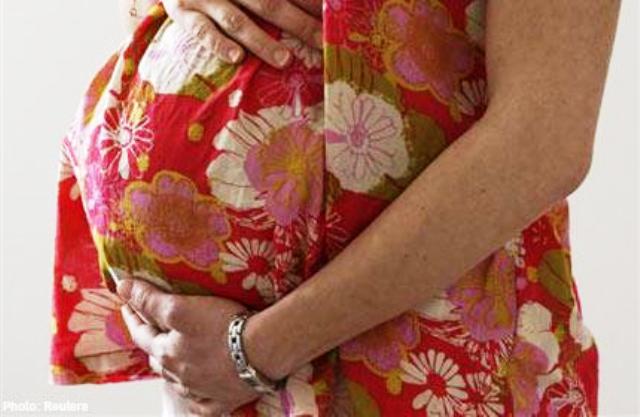 The Covid-19 pandemic has changed everything about life, including birth and death. For women, who were due to give birth, the crisis, which has brought the healthcare system to its knees, has reshaped the experience of childbirth.

Basmina Bibi, a resident of Peshawar was one of those women who faced multiple complications during childbirth -- primarily because she wasn’t able to receive the required medical attention during her pregnancy.

“My husband and family members always said it was not safe to visit the hospitals during the pandemic. They were fearful,” said Basmina.

Basmina was not alone. According to a report by the United Nation Family Planning Association (UNFPA), more than 40 million women were unable to access health care, including modern contraceptives, during the pandemic, that is expected to claim two million lives.

The report also cautions that more than 13 million child marriages will occur because of the socio-economic crisis in the country, triggered by the pandemic. This, the report said, will lead to more than seven million unwanted pregnancies.

Presenting a grim picture, the report said that more than 8,000 women die each year due to pregnancy-related complications. Health experts believe that number might increase during the Covid-19 pandemic.

“One of the major challenges during the Covid-19 crisis was the closure of the Gynae Ward at the Lady Reading Hospital. Most doctors were diagnosed with coronavirus and there was no option but to shut the entire ward,” said Assistant Professor Dr. Mehnaz Faisal. Peshawar’s Lady Reading Hospital (LRH) serves as a major medical facility in the provincial capital. Dr. Mehnaz is part of the gynae team.

The situation, Dr. Mehnaz said, was unlike anything she had seen during her medical career. “Patients were concealing information-- particularly if they had tested positive for Covid-19. This caused the infection to spread,” she claimed.

Referring to cases like Basmina, the healthcare provider said, most women were not checking in with their doctors during the pandemic. “During pregnancy, regular medical check ups are required. Most women were deliberately cancelling appointments.” That, Dr. Mehnaz said, caused major complications. “Not only was the mother’s life at risk, but also the child.”

The risk, Dr. Mehnaz said, doubled during the coronavirus crisis, which infected more than 35,000 people in the province.

An estimate from 2019 shows Pakistan’s Maternal Mortality Ratio at 178, which according to health experts is higher than that recorded in other low and middle-income countries.

Complications from pregnancy and childbirth are the leading cause of death in young women in developing countries. Pakistan happens to be in that bracket. Available data shows Pakistan has the highest neonatal mortality rate in the world.

According to reports, more than 260,000 neonatal deaths occured nation-wide during 2019.

The Pakistan Demographic Health System Survey 2017- 2018 revealed, only eight million women use modern contraceptives, while 3.7 million end up with unintended pregnancies each year, which lead to more than two million induced abortions across the country.

The situation, he said, has complicated due to lack of planning and access to health facilities in the country.

“Pakistan cannot meet 12 out of 17 Sustainable Development Goals if the population continues to grow at 2.4 per cent,” cautioned Dr. Rafiq. The expert urged the government to invest in promoting contraception in the country.

More than two million women, he said, resort to unsafe abortion each year, which causes the Maternal Mortality Ratio to rise. “Four million out of the total nine million plus pregnancies are unintended in the country,” he claimed.

Talking to the Express Tribune, an officer of the K-P Population Department said: “While family pnanning services were limited during the Covid-19 crisis, the department was providing guidelines via phone.”

“The government is already in contact with clerics and religious scholars to guide people about population control,” he added.