The rise and fall of Pakistani theatre

Theatre stage used to be a platform for great artistic expression 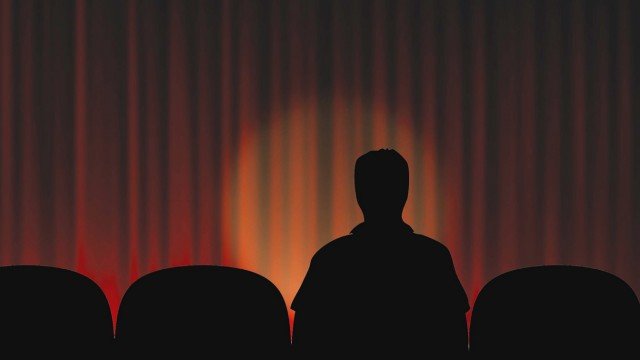 Theatre happens to be one of the oldest traditions known to South Asia, dating back to as early as third century BC. In the subcontinent, as a culture growing on the banks of River Indus, theatre was heavily influenced by Hinduism at the time.

Feeding from immersive Sanskrit literatures, it continued to evolve as a form of folk tradition and artistic expression in the South East for many centuries. It wasn’t until much later in the 19th century, when the concept of commercial theatre started taking off with Urdu dramas occupying centre stage.

However, with the advent of the East India Company, like many other sectors, the local theatre scene too found itself being hijacked by the British Raj. Most stage-dramas to be performed in the region were now scripted in London and soon enough theatre became a tool for the British to impose their culture, language and traditions on the people of the Indian subcontinent.

Where the subcontinent experienced its theatrical heydays before the colonial takeover, the industry’s rise and fall in the region has been much more complicated to track in ever since independence.

After the British made their exit, Pakistan was left with two different forms of theatre: one which relied on English adaptations made to be performed for the silk-stocking crowd at art councils and the other which offered local content for the masses in the form of juggats or comedies. At the same time, the country saw the herald of a new form of theatre; one that instead of producing slapstick comedies and English adaptations focused more on highlighting the various social and political issues of the age. This period was perhaps when Pakistani theatre is said to have reached its zenith and stage plays became the dominant form of public entrainment for the cultured.

Cities like Karachi and Lahore became the melting pot of stage dramas and names like Khwaja Mueenddin and Bano Qudsia came to define the local industry. However, the rise was short-lived and soon came the fall. With the advent of a dictator rule and growing political unrest, the 1970s saw restrictions on many industries including arts and entertainment.

What was once a growing form of public entertainment had now gone into the dark and the most radical of performances became limited to private spaces. On the flip side, the repression offered social justice theatre all the fodder it needed to grow and valiant troupes like Tehreek Niswaan and Ajoka Theatre came to the fore.

Later, when the restrictions were finally removed, theatre in Pakistan found itself catering to a newer audience altogether.

One that sought mere entertainment and no reflection. Dance groups and musicals became the dominant category. Meanwhile, major cinema halls in Karachi, Lahore and Rawalpindi were converted into theaters. For many, this was the bastardization of Pakistani stage scene.

“Theatre stage used to be a platform for great artistic expression, but its commodification lead to scripts losing substance and performers choosing money over matter.

And why wouldn’t they? After all, highest paid actors are the ones taken to be the most talented in our industry,” commented veteran actor Muhammad Qavi Khan. “Theatre performers don’t train with the same diligence that they used to in the heydays of the industry, now it’s all about the hype generated from movie-like hoardings and fancy production techniques. Most theatre actors of today cannot even read their scripts properly, let alone act them out,” he added.

Speaking to The Express Tribune on the matter, Pakistan National Council of the Arts (PNCA) Director Dr. Waqar Ahmed said that a drama workshop has been organized by PNCA for the training of young actors. “Through this workshop, we hope to train young artists for non-commercial dramas. In the coming years, we wish to see them use their training to redefine the Pakistani theatre industry.”