Relatives gather at a graveyard of the victims who were killed in a suicide attack in an educational centre two years ago, as Afghan government officials and the Taliban hold talks in Doha aimed at ending 19 years of war in the country, in Kabul, Afghanistan September 14, 2020. REUTERS
KABUL:

As Taliban and Afghan government negotiators met for long-awaited peace talks in Qatar, around 50 families gathered at a graveyard in Kabul on Monday imploring them not to forget the rights of victims of violence.

Demonstrating families gathered at a cemetery where many of the victims of a 2018 bomb attack at a school in west Kabul were buried.

One boy cried next to the grave of a classmate, another waved a banner reading in Dari: “Who represents the victims in peace negotiations?” 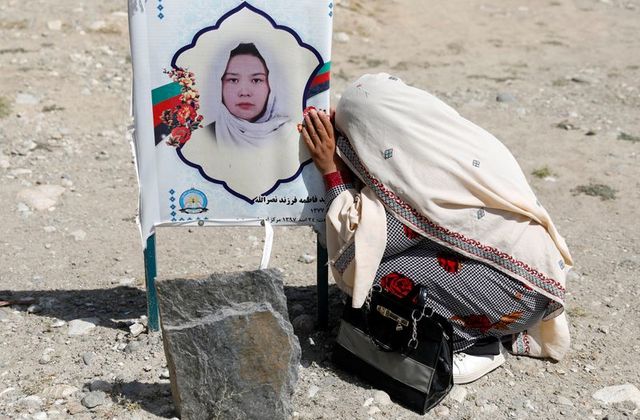 Historic peace talks kicked off in Qatar’s capital, Doha, on Saturday after months of delays in US-led efforts to end 19 years of conflict that the United Nations estimates has killed and wounded more than 100,000 civilians.

Many of those gathered at the graveyard, some by the graves of their loved ones, called for lasting peace, but also wanted recognition of the toll violence had taken on civilians. 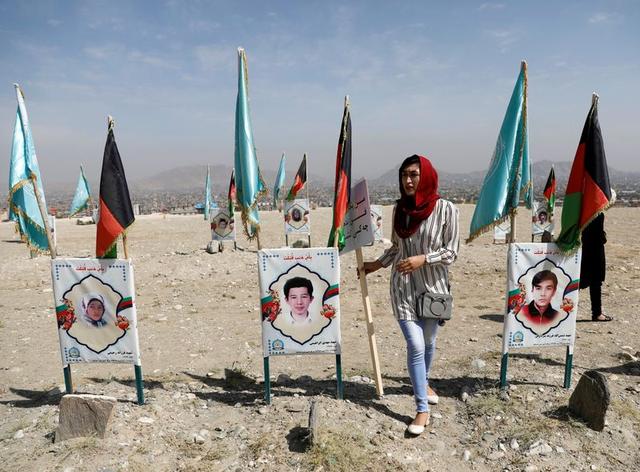 Raihana Hashemi, 28, whose sister was killed in a separate 2018 incident in which protesters were shot near a school, said that around two months ago she and other families had created a “National War Victims Network” to elevate concerns they were being forgotten during the peace process. 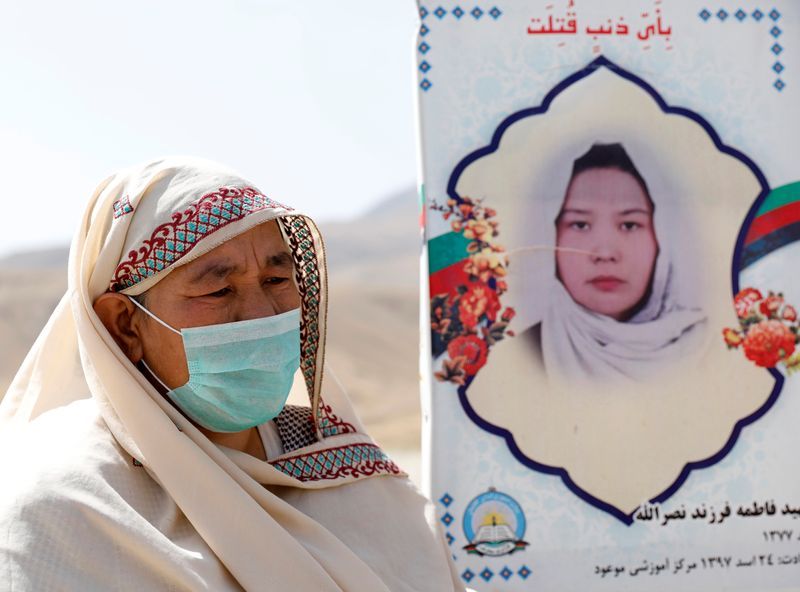 Mah Jan, whose son was killed in a suicide attack in Kabul, said that the peace process desperately needed to deliver permanent results.

“I would only forgive my son’s killing if I could witness a lasting peace in the country,” she said.