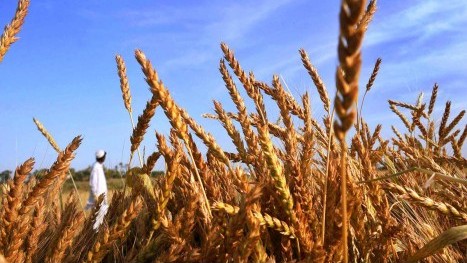 South Punjab Agriculture Secretary Saqib Ali Ateel has announced that a wheat calendar is being introduced for achieving a significant increase in production of the crop with improved quality.

Chairing a meeting held to review the steps for keeping wheat free from rust attack, Ateel highlighted that the wheat calendar was being prepared for the first time in the history of Pakistan.

He informed meeting participants that 9,000 kg of rust-resistant wheat variety Ghazi-19 would be given to the Punjab Seed Corporation.

“Use of unregistered pesticides will be discouraged strictly,” he declared, adding that data comprising temperature details, from wheat sowing to harvesting, would be compiled.

Rust attack is directly linked to the moisture and temperature in an area. For wheat crop, pesticides should be made available from February 1 to March 20, he said.

“In case of shortage of pesticides in markets, action will be taken against the relevant department’s officers,” the secretary warned.

Staff workers should be given complete training on how to detect rust attack and ensure its elimination, he said.