Quadcopter intruded 500 metres on Pakistan’s side of the LoC, says ISPR 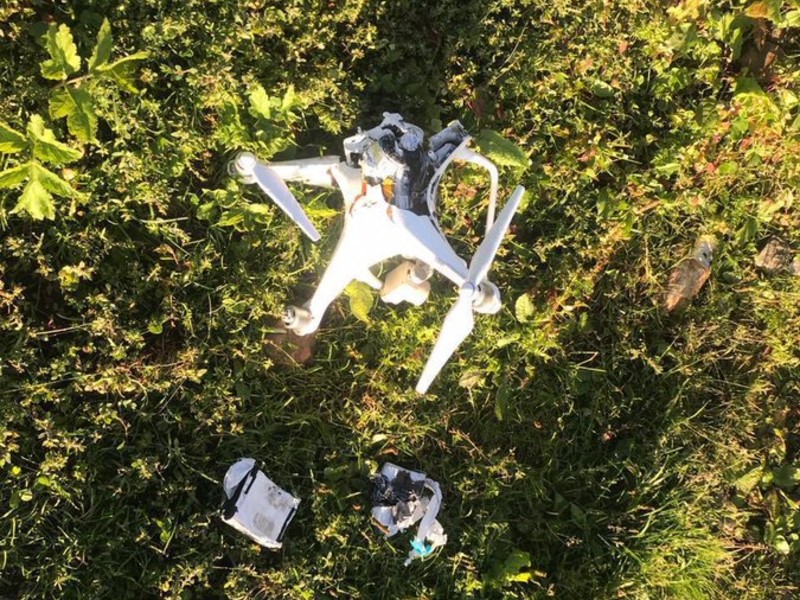 This is 11th Indian quadcopter shot down by Pakistan Army this year. PHOTO: ISPR

The Pakistan Army shot down another Indian spying quadcopter that intruded into the country’s airspace along the Line of Control (LoC), the Inter-Services Public Relations (ISPR) said on Wednesday.

He said that the quadcopter had intruded 500 metres on Pakistan’s side of the LoC. This is 11th Indian quadcopter shot down by Pakistan Army this year.

#PakistanArmy troops shot down an Indian spying #quadcopter in Chakothi Sector along LOC.
The quadcopter had intruded 500 meters on Pakistan’s side of the #LOC. This is 11th Indian quadcopter shot down by Pakistan Army this year. pic.twitter.com/TWkLaqIeiV

In June, two Indian quadcopters were brought down by the army near the LoC as they intruded Pakistan's airspace.

In May, two Indian drones were downed in the Rakhchikri Sector and Nekrun Sector of the heavily militarised zone after it intruded into the Pakistani territory.

Indian ceasefire violations along LoC have witnessed a surge since the abrogation of the constitutional status of Indian Occupied Jammu and Kashmir (IOJ&K) in August last year.