Zardari, Faryal to be indicted in mega money laundering case on Sept 9 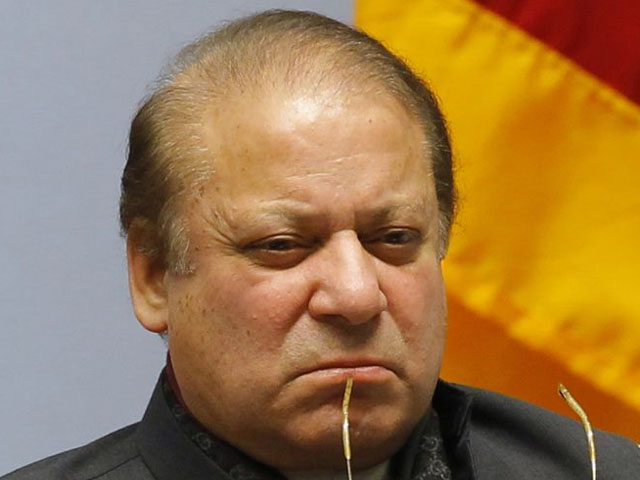 Former premier Nawaz Sharif on Monday assured the Islamabad High Court (IHC) that he would return to Pakistan as soon as he recuperates and maintained that due to the Covid-19 pandemic, his treatment in London had been subjected to delay.

The PML-N supremo on Monday filed an application in the IHC seeking exemption from appearance in the hearing of his appeal against his conviction in the Avenfield reference.

In the Al-Azizia reference, Sharif requested the court to adjourn the hearing of the case or carry out the proceedings in the presence of his representative.

Pervaiz stated that he was on leave until September 5 and prayed the court to fix the hearing of the case after the ending of his vacations.

The appeals filed by the trio will be heard by the IHC on Tuesday (today).

In his two separate applications, Nawaz Sharif responded to the questions regarding his recuperation and return to the country.

The PML-N chief, in his application, seeking exemption from appearance in the hearing, adopted the stance that the matter regarding his departure for treatment abroad was already pending before the Lahore High Court.

He said the Punjab government despite being aware of this fact had neglected his medical reports and rejected his application for extension in bail.

Assuring the IHC of his return to Pakistan after recuperation, Sharif noted that his treatment in London was delayed due to the coronavirus pandemic.

He stated that the physicians had advised him to stay at home due to the lockdown.

He noted that the doctors had still not allowed him to travel to Pakistan and added that after being recovered, if permitted, he would travel back to his country on the first flight.

Sharif recalled that when his wife was critically ill, he had surrendered after going back to Pakistan and observed that he wanted to face the law in future too.

The PML-N supremo noted that he could not challenge the Punjab government’s decision on his extension of bail as he was out of the country.

Clarifying his position on the matter, Sharif said his counsel had suggested that the Punjab government’s decision should not be challenged from abroad and that the initiative could not be taken without appearing personally before the court.

The former prime minister said that he had submitted his documents for extension in bail to the Punjab government but the authorities had deliberately rejected his application.

Sharif further stated that he had sent his latest medical reports, which would be brought on record as soon as they are received by his counsel.

He requested the court to adjourn the hearing of his appeal until he returns back to Pakistan or carry out the proceedings through his nominated representative.

Sharif’s medical report dated June 26 had also been submitted in the court along with his plea for exemption from appearance.

A letter is also attached with the report of Sharif’s physician David Lawrence stating that the PML-N chief would undergo a cardiac therapy as the situation gets normal after the pandemic.

The letter said that the former premier had been advised to undertake physical activities every day and added that his medical history was also included in the reports.

Sharif had also challenged his sentence in the Al-Azizia Steel Mills reference while the National Accountability Bureau (NAB) had filed an appeal to increase his punishment.

The NAB had also moved another appeal seeking acquittal of Nawaz Sharif in Flagship Investment reference.

Nawaz Sharif, Maryam Nawaz and Capt (retd) Safdar were released from Adiala jail on September 19, 2018 after the IHC suspended their respective prison sentences in the Avenfield corruption reference.

Only July 6, 2018, the accountability court had announced the verdict in the Avenfield properties corruption reference filed by the NAB, handing the ousted prime minister 10 years as jail time for owning assets beyond known income and 1 year for not cooperating with anti-graft buster.

His daughter was given 7 years for abetment after she was found "instrumental in concealment of the properties of her father" and 1 year for non-cooperation with the bureau.

Sharif’s son-in-law was given 1 year jail time — for not cooperating with NAB, and aiding and abetting Sharif and Maryam.