Proportion of women among total registered voters reduces from 44.1% to 44%

The country’s polls supervisory body – the Election Commission of Pakistan (ECP) – has tasked its gender affairs wing to reduce the widening gap between the number of registered male and female voters in Pakistan.

According to the latest statistics, the already wide chasm between the registered voters of the two genders has further widened in the last two years – since 2018 – by 229, 733 people. 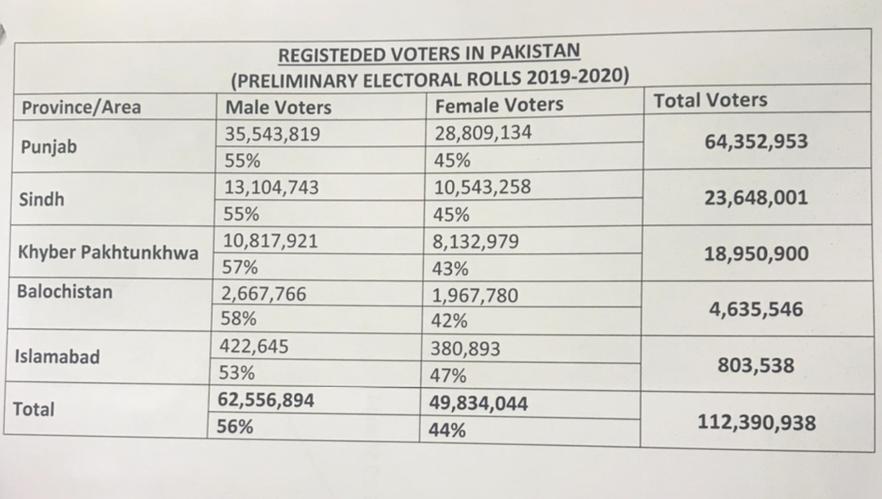 Women voter turnout in the 2018 general elections stood at 40% with 21 of 46 million registered women voters participating in polling.

According to the elections laws, if the turnout of women voters is less than ten per cent of the total votes polled in a constituency, the ECP is supposed to declare the results invalid and order re-poll.

Rashid seeks to restore links with establishment after 7 months