Military dismisses reports of any strain in ties with kingdom 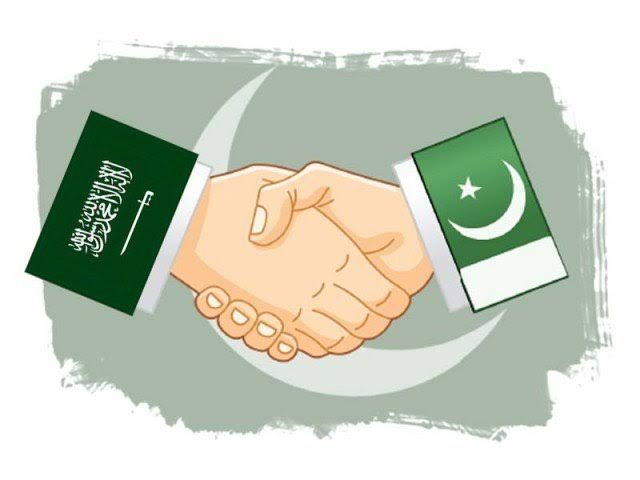 Pakistan Army, while reaffirming Saudi Arabia’s “centrality” to the Muslim world, on Thursday dismissed reports of any strain in the country’s ties with the kingdom.

"Pakistan is proud of its brotherly relationship with Saudi Arabia," the chief military spokesperson said at a news conference while confirming that Chief of Army Staff General Qamar Javed Bajwa would soon undertake a visit to Riyadh.

“This relationship is historic, very important and excellent, and will remain excellent. There should be no doubt about it," Inter-Services Public Relations (ISPR) Director General Major General Babar Iftikhar added as he responded to a question regarding a recent statement of Foreign Minister Shah Mahmood Qureshi on the issue.

“Nobody can doubt the centrality of Kingdom of Saudi Arabia to the Muslim world.”

The military spokesperson said that the “hearts of the Pakistani people beat with Saudi Arabia” and therefore there was no need to raise any questions about their ties.

The ISPR DG confirmed that the army chief would soon visit Saudi Arabia but dismissed reports linking the trip to the apparent tensions with the kingdom.

“As far as the army chief's visit is concerned, it was preplanned. It is basically linked to military-to-military relationship. There is no need to go further into it," he insisted.

Islamabad recently returned $1 billion to Riyadh while the kingdom has also not renewed a $3.2 billion deferred payment facility for oil supplies after a one-year agreement between the two countries for the arrangement expired in May this year.

Of that package, $3 billion was given to Pakistan to shore up its depleting foreign reserves while the remaining amount was meant for the oil facility.

Pakistan approaches Riyadh for renewal of $3.2b oil facility

Pakistan and Saudi Arabia have a longstanding strategic partnership. In the past, Riyadh has also provided crucial support to Islamabad, particularly after the 1998 nuclear explosions when the country was slapped with crippling economic sanctions.

At that time, Saudi Arabia had provided oil on deferred payment but later that facility converted into a grant meaning Pakistan never returned the loan. Similarly, when Nawaz Sharif became prime minister for the third time in 2013, Saudi Arabia gave $1.5 billion to the country as "gift”.

Observers believe that Pakistan-Saudi ties are important for both the countries and Qureshi's statement may have caused some problems. However, they will be sorted out after the army chief’s visit to the kingdom.

At the news conference, Maj Gen Iftikhar also said that the Pakistan armed forces were fully aware of the Indian intentions and capability, and were completely ready to crush the enemy’s designs in any war domain.

He congratulated the nation and the media persons on the Independence Day of Pakistan and paid rich tributes to the workers, leaders and martyrs of the Pakistan Movement, especially Quaid-i-Azam Muhammad Ali Jinnah and Dr Allama Muhammad Iqbal.

“Freedom is a great blessing … its worth can only be explained by a Kashmiri mother, who had lost her child at the hands of occupation forces in the Indian Illegally Occupied Jammu and Kashmir (IIOJK),” Maj Gen Iftikhar said.
Besides the IIOJK situation, the ISPR chief shed light on the country’s overall security situation, Indian ceasefire violations (CFVs) along the Line of Control, Pak-Afghan border situation and other issues.
Maj Gen Iftikhar said that the IIOJK had been under the history’s worst siege by the occupation forces for the last one year. “India, under a sinister design, is committing the worst human rights abuses and genocide of Kashmiri people.

“Through its tyranny and reign of terror, India in fact wants to displace the Kashmiri Muslims. The honour of women and children is not safe, while the youth are being killed in the so-called counter terrorism operations and buried in unmarked graves.”

He said the government had highlighted the Kashmir issue at all global fora, which were now raising their voices against Indian aggression and oppression of Kashmiris. “Genocide Watch, international human rights bodies and global media despite strict military siege have highlighted the Indian armed forces brutalities unleashed on innocent Kashmiri people.”

The ISPR chief said that UN Secretary General Antonio Guterres also emphasised the need for ensuring fundamental human rights of the IIOJK people. “The Kashmir issue has been debated by the United Nations Security Council thrice that shows the need for resolving this dispute.”

On the LoC situation, he said that despite the appeal from the UN secretary general for a ceasefire during the Covid-19 pandemic, India continued its cowardly acts of targeting peaceful civil population along the LoC.

Since the virus outbreak, he said, India had committed 1,927 ceasefire violations (CFVs) and deliberately targeted civilian population. “Some 16 innocent Kashmiris were martyred during the Indian CFVs and 158 injured.” The martyrs included five children, seven women and four men, he said.

Maj Gen Iftikhar said that recently the international media persons visited the LoC and were given complete access to the civil population and those affected due to the Indian CFVs. “They [themselves] assessed the situation along the LoC, while on the contrary, India had not given access to the international media and UN observers to know on ground situation in the IIOJK,” he said.

“Pakistan will ensure the protection of the Kashmiris along the LoC and has decided to build shelters inside the residences of the local people along the LoC. Around 1,000 shelters have been built while work on the rest is under way.”