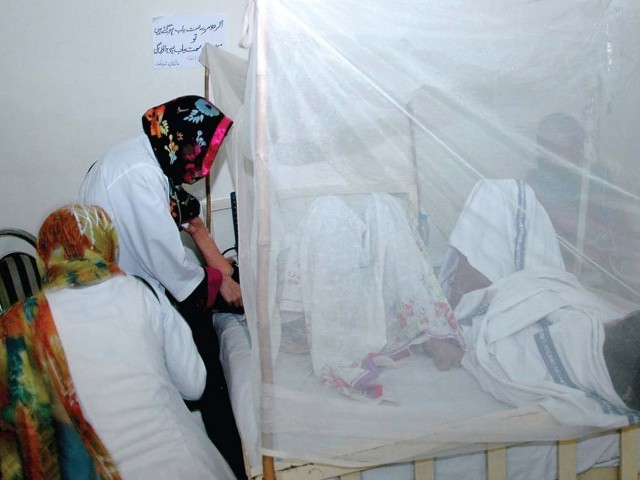 With the onset of the monsoon season in Karachi, the breeding period of the Aedes aegypti mosquitos - the main vectors transmitting the viruses that cause dengue - has also begun in Pakistan.

Despite the looming threat of the virus, though, the provincial health department’s anti-dengue control programme and the Karachi Metropolitan Corporation (KMC) could not launch a timely aerial insecticide spray campaign to reduce the populations of adult mosquitoes and their larvae.

The negligent attitude of the authorities is especially worrisome for the people of Sindh because the province is already grappling with Covid-19 and other seasonal diseases, including malaria, naegleria fowleri (the brain-eating amoeba) and the congo virus.

The presence of the dengue virus has been continually reported in Pakistan since 2008. Every year, hundreds of people are infected with the virus and lose their lives. In sprawling, congested cities like Karachi, the dengue virus intensifies after the monsoon rains and continues to affect people from August to mid-December.

Some of the most common symptoms associated with the dengue virus include high fever, headache, joint pain and severe bone pain.

Furthermore, while the number of platelets in a normal human body is 150,000 to 400,000 per microlitre of blood, when someone is suffering from the dengue virus, their platelet count drops to 20,000 to 25,000, which can be life-threatening.

As a result, red spots start appearing on the body of the infected patient together with bleeding and a sudden drop in blood pressure in severe cases.

According to doctors, when a patient suffers from bleeding and a drop in blood pressure, immediate platelets are supplied to save the patient’s life. To get the platelets from hospitals, patients have to spend Rs12,000 to Rs20,000.

To top it all off, there is a shortage of dengue virus diagnosis kits across all government hospitals in Sindh, including in Karachi, while no provisions have been made for the supply of platelets.

“Repeated aerial applications of insecticide are known to reduce mosquito populations. It is already quite late, so the provincial government should hurry up, otherwise the rains in Karachi will result in the multiplication of viruses and bacteria due to the accumulation of water as well as the prevalent unhygienic conditions across the city,” Dr Khanani said.

Garbage-filled nullahs have spilled over too, turning different parts of the metropolis into piles of filth. Medical experts told The Express Tribune that if Karachi is not cleaned on an emergency basis, the onslaught of diseases could wreak havoc on people’s health.

Shedding light on the matter, Karachi-based general physician Dr Aftab Hussain said that on Eidul Azha, animals were sacrificed on the roads and the congealed blood could provide optimum conditions for germs and bacteria to grow. “Karachi has become a hub of viruses and bacteria, posing a serious threat to human lives,” he said. “The government should carry out a cleaning drive, together with insecticide spray throughout the city as soon as possible.”