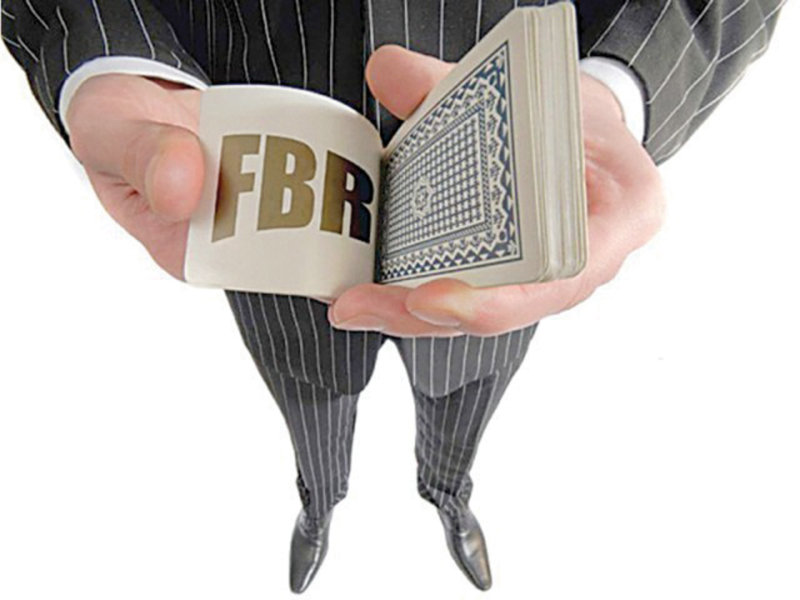 The Federal Board of Revenue (FBR) has exceeded its tax collection target for July by Rs57 billion and received Rs300 billion, marking a healthy start to the new fiscal year that also showed early signs of economic recovery.

In another positive move, the tax machinery has finally begun the process of taking corrupt officers to task and suspended 54 of them in the past few days in addition to dismissing three lower-level staff members. The FBR has also sent cases for initiating inquiry against two grade-20 officers to Prime Minister Imran Khan.

The monthly tax collection of Rs300 billion was higher by Rs17 billion or 6% when compared with the same period of previous fiscal year. Owing to the impact of coronavirus on the economy, the FBR had set a modest tax collection target of Rs243 billion, envisaging negative growth of nearly 15%.

However, the FBR’s administrative efforts and a gradual pickup in the economy helped exceed the target.

In July last year, the FBR had collected Rs283 billion including Rs14 billion on account of tax amnesty scheme. A major difference between this and last July was that this time the FBR did not take big advances in June to improve its tax collection. The Rs300-billion collection was 6% of the annual target of Rs4.963 trillion that would be an uphill task for the FBR.

“The FBR has performed remarkably well during the first month of current financial year and against the assigned revenue target of Rs243 billion, it has collected Rs300 billion,” said an official statement issued by the FBR.

“The FBR did not resort to measures like blocking taxpayers’ refunds and taking advances and achieved the target through administrative actions coupled with revival of the economy,” remarked Dr Mohammad Ashfaq, Member Inland Revenue Operations of the FBR.

Ashfaq said the FBR would address grievances of taxpayers and exporters’ refunds would also not be blocked. Refunds to the tune of Rs15 billion were disbursed in July 2020 as compared to refunds of Rs7 billion in July 2019.

Sales tax refunds are being released under a centralised and automated system called FASTER, which is clearing refunds of exporters within 72 hours for the first time, as committed by the government in July 2020. This has facilitated the exporters and the industry, easing their liquidity crunch. Ashfaq said there was a phenomenal 57% growth in sales tax collection at the domestic stage, which also reflected revival of the economy.

The FBR member said a major restructuring of field formations was also being undertaken to make the tax machinery more effective.

The government has given Rs4.963-trillion annual tax collection target to the FBR. The tax machinery requires 25% growth to achieve the target as the FBR closed the last fiscal year with tax collection of Rs3.982 trillion.

Another good omen was that the Customs also exceeded its target by Rs5 billion and collected Rs48 billion in July, indicating a pickup in imports. The FBR has set the first-quarter (Jul-Sept) revenue target at Rs969.5 billion, which was almost same as the last year’s collection. If the current trend continues, the FBR can achieve the quarterly target.

The Ministry of Finance said on Tuesday the six-month-long cycle of economic contraction may end soon and predicted positive economic growth in July. The ministry said domestic economic activities accelerated as many businesses started operating by following the standard operating procedures (SOPs) set by the government. Restaurants and educational institutions are expected to start running soon.

Meanwhile, the FBR has suspended Fahad Faizan Khan, Assistant Commissioner IR, Large Taxpayers Unit, Islamabad, according to an official statement of the FBR. As many as 24 grade-16 officers and 17 officials of the Pakistan Customs were also suspended for a period of three months under the Government Servants (Efficiency & Discipline) Rules 1973. These Pakistan Customs officers and officials were posted in the Model Customs Collectorate Quetta, Peshawar, Hyderabad, Gwadar, Karachi and Directorate of Transit Trade, Peshawar.