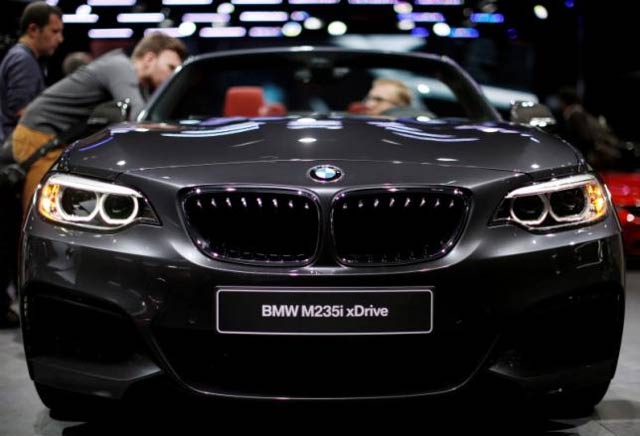 Foreign diplomats have continuously been misusing their privileges available under the Vienna Convention on Diplomatic Relations and selling duty-free imported luxury vehicles to local businessmen, official documents have revealed.

During the last three weeks, Pakistan Customs seized nine very expensive vehicles that were imported by foreign diplomats -- including an ambassador -- but were in the use of private persons, the documents stated.

This has not only caused a Rs250-million revenue loss in nine cases but also put the security of other diplomats at risk due to the use of fake or duplicate diplomatic number plates.

The issue is also in the knowledge of the Foreign Office, and it has sought answers from at least two foreign missions, showed the official record seen by The Express Tribune.

However, this is not for the first time that the Foreign Office has been informed by the Federal Board of Revenue (FBR) about the breach of the diplomatic privileges.

In the last almost one year, Pakistan Customs has confiscated at least 16 very expensive vehicles, including nine in July alone that were imported in the names of diplomats but had been in the possession of private persons, according to the FBR official record.

At the prevailing taxes and duty rates, the estimated tax evasion in the 16 cases is Rs444.6 million, which also indicates how pricey the vehicles are.

The vehicles had been seized by the Model Customs Collectorate, Islamabad.

If a luxury vehicle is imported through normal channels, it is subject to 100% customs duty, 70% regulatory duty, 7% additional customs duty, 30% federal excise duty, 17% sales tax and 12% withholding tax, bringing total taxes to 236% of the import value of the vehicle.

Sources said the initial inquiry suggested that the salaries of some diplomats were not enough to afford those vehicles.

The diplomats working for embassies of Spain, the United Kingdom, Bahrain, Jordan, Saudi Arabia, Bangladesh, Kenya, the United Nations, Palestine, Russia, Cuba and Tajikistan imported the luxurious vehicles, according to the documents.

Nine vehicles were recovered in July that belonged to diplomats of Palestine, Russia, Tajikistan, Saudi Arabia and Jordan but were in the possession of private persons.

A 2019 model BMW X7, by evading duties of Rs58.2 million and Land Cruiser ZX by not paying duties of Rs18.4 million were imported by the Palestinian mission but had been in the possession of a private person.

On Tuesday, The Express Tribune had sent three questions to the spokesperson of the Foreign Office but the replies were not received till the filing of this story.

The spokeswoman had been requested to comment what action the Foreign Office had taken in these cases.

Whether the missions and their importers, which include some ambassadors, were questioned for violating the privilege available under the Vienna Convention on Diplomatic Relations 1961 and whether the loopholes in rules that were exploited to import these vehicles had been plugged.

The FBR data confirmed that expensive vehicles were imported by the ambassador of Palestine but it was “disposed of illegally in breach of the diplomatic immunity and in violation of the Customs Act”, according to the seizure report.

The Foreign Office had raised queries and sought answers from the Palestinian mission on July 20 about the recovery of two diplomatic vehicles from Pakistani national Basil Ahmad Afindi from Islamabad, according to the correspondence seen by The Express Tribune.

“Personal diplomatic vehicles are a privilege given in accordance with Article 36 of Vienna Convention on Diplomatic Relations 1961 to support the function of diplomatic mission. The mission is requested to convey why the vehicles were in possession of Mr Basil,” wrote the FO.

The FO also inquired why “unauthorised alternate number plates” were put on these vehicles and sought record of bank transactions for purchase of vehicles and list of embassy’s non-diplomatic staff.

A similar correspondence was also made with Tajikistan embassy after the recovery of a diplomatic vehicle from the possession of private Tajik national.

A diplomat working with the Jordanian embassy imported duty-free Lexus LX 570 by avoiding Rs55.8 million taxes but handed it over to a private person, according to the seizure report.

The rules say that the payment for duty-exempted vehicle should be made through the salary account of the concerned diplomat but in certain cases the money was paid from other bank accounts.

The foreign missions and their eligible representatives have the privilege to import duty-free vehicles under the Vienna Convention against proper valid exemption certificates being issued by the Ministry of Foreign Affairs and Pakistan Customs.

These vehicles can be sold to other diplomatic missions against payment in foreign exchange outside Pakistan or to a non-privileged person on payment of customs duties and all applicable taxes subject to the permission given by the Ministry of Foreign Affairs.

However, in these cases, these procedures and rules were not followed.

The FBR acting chairman’s response was awaited till the filing of the story.

Sources said there was a need to actively pursue these cases at the adjudication stage amid growing pressure to release these vehicles.