More than 1,000 birds of 13 types kept by enthusiast on rooftop of house 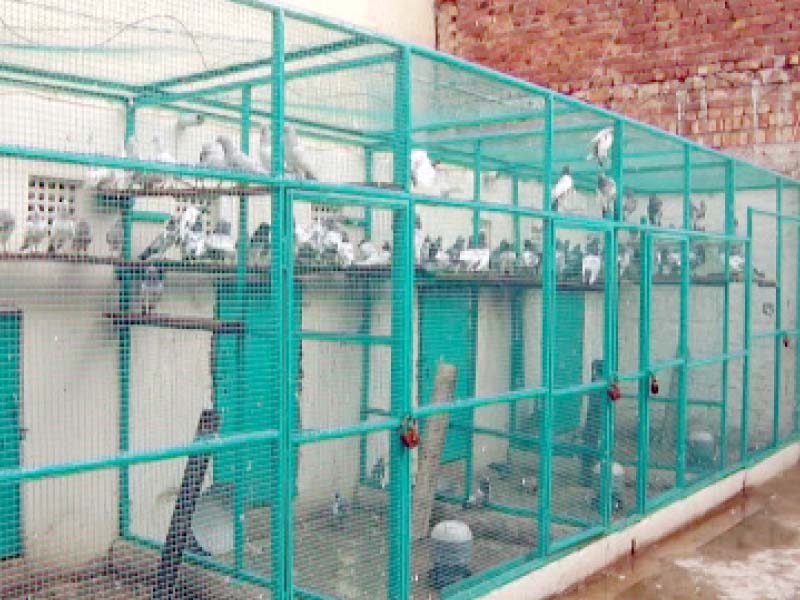 A pigeon fancier in Lahore has claimed to have bred a cross-breed of local pigeons that can continuously fly high in the open for hours.

The flying capacity of these pigeons was said to be further enhanced during the coronavirus lockdown period. Ustad Malik Mohkam, the bird enthusiast breeding the pigeons, has given the breeds interesting names including ‘Chalawa’, ‘Jadugar’, ‘Gamewala’ and ‘Silati Bichu’.

There are more than 1,000 pigeons of 13 types in cages built on the rooftop of the house of Mohkam, a resident of Hanjarwal, Lahore.

These are also pigeons that were flown in competitions, while some of them are worth up to Rs200,000.

Mohkam has raised these pigeons as a passion and he spends most of his time with them during the coronavirus lockdown. He told The Express Tribune that he had produced four new breeds of pigeons.

The pigeons were born from cross breeding of Pakistani pigeons and had been given the names of Gamewala, Jadoo, Chalawa and Silati Bichu. These pigeons had set a record of flying, reportedly staying in the air for 18 consecutive hours, he said.

On the day of the competition, Mohkam explained, the pigeons were flown after specially formulated feed was given to them, due to which they do not get tired quickly and fly several hours longer than usual.

According to the pigeon fancier, reduction in air pollution during the ongoing coronavirus lockdown had a positive impact on the health of pigeons and their flight duration had also increased. “If a pigeon flew for 10 hours before the pollution was reduced, it would now fly for much longer.”

There were also pigeons, he added, that could fly at night and recognise their ‘roof’ in the dark. “Pigeon fanciers like me put specially marked rings on our pigeons' feet, so that if a pigeon accidentally sits on the roof of another fancier, we can recognise it and return it to its rightful owner.”

Mohkam remarked that pigeon farming had now become a hobby for wealthier citizens and millions of rupees were being spent on the birds.

He termed pigeon breeding as a ‘great sport’ and stated that this was a hobby for pigeon lovers. “If the government promotes pigeon breeding, then Pakistani pigeon breeders and fanciers can make the country known for its passion for birds in countries around the world.”