Truth is, trade, econom­ics are the new nuclea­r weapon­s, sooner we in South Asia unders­tand that, the less painfu­l.
By Jyoti Malhotra
Published: August 6, 2011
Tweet Email 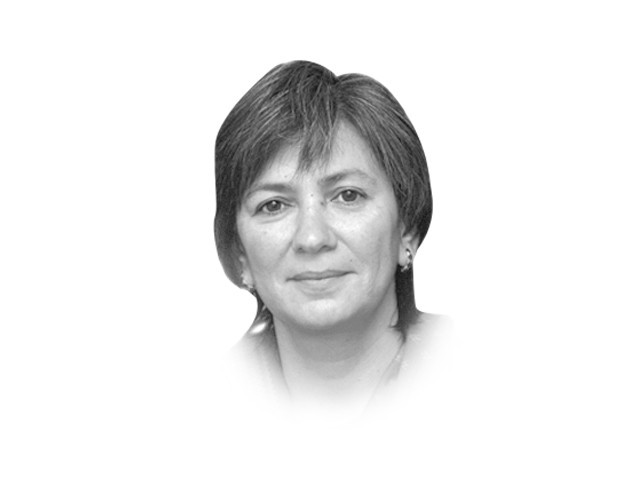 The writer is a New Delhi-based journalist who has worked as senior editor at The Indian Express from 1997-2004 and since then has been writing for Khaleej Times, Business Standard and Wall Street Journal jyoti.malhotra@tribune.com.pk

China’s implied criticism of Pakistan earlier this week, for allowing the so-called East Turkestan Islamic Movement to carry out arms and explosives training and then attacking a restaurant in its restive Xinjiang region, is actually quite similar to India’s accusations that Pakistan allows terrorists to train on its soil and carry out attacks in India.

The big difference, of course, is that China is Pakistan’s ‘all-weather friend’, while India remains, at least in the eyes of the Pakistani establishment, a hostile neighbour. That’s why it hurts so much in Islamabad and in Rawalpindi. That’s also why it caught the attention of the world.

If Hillary Clinton exhorted India to assert its place in the region, then surely Pakistan was allowed to fall back on its chief ally, China? But the truth is that in the 21st century, there’s no such thing as a zero sum game anymore.

Here’s hypothesis one: an alliance between Beijing and Islamabad exists to both contain and counter India’s growing influence in the region. This may have been true a decade ago, but as the economic relationship between India and China grows by leaps and bounds — China is already India’s second largest trading partner after the US — there will be more and more stakeholders in China who will limit the excessive zeal with which Beijing deals with Islamabad.

Here’s hypothesis two: Pakistan is integral in the fight against terror, not only because it controls the land route to Afghanistan which the US and its Nato allies must use to carry everything from heavy machinery to food pellets, but because Islamabad’s leverage with the Taliban gives it an indispensable role in any Afghan outcome.

But the truth is that Rawalpindi’s dreams of returning to ‘strategic depth’ in Afghanistan can never be the same, if only because Afghanistan has changed beyond belief in the last decade. In fact, India and China have shown Kabul the way to leapfrog into the new world, by using its mineral resources as strategic assets. The Chinese have already won the bid to exploit the Aynak copper mines, now India’s bidding for the Hajigak iron ore mines. Even if the Taliban-Haqqani brothers combine delight in killing Indian workers in the hope of scaring them off from the scene in Afghanistan, is China going to allow instability and chaos to damage its economic clout in that country?

Make no mistake, China’s economic growth is slowing down, which is one major reason why it is so nervous about America’s capacity to beat the recession. Remember, China has more than one trillion dollars in US treasury bonds, which means that Beijing and Washington are locked in an embrace from which there’s no turning back. And this is not hypothesis number three.

Truth is, trade and economics are the new nuclear weapons, and the sooner the rest of us in South Asia understand that, the less painful it will be. Our countries may play the caste or religious card at home or use terrorism as a bargaining chip against each other, but it’s not going to work. The people will rise because they know they deserve better.

It is in this light that the modest measures on trade and travel recently agreed upon by the foreign ministers of India and Pakistan must be seen. If the people benefit by them, shouldn’t they rather than their establishments have the right to decide who is an all-weather friend and who, the enemy?