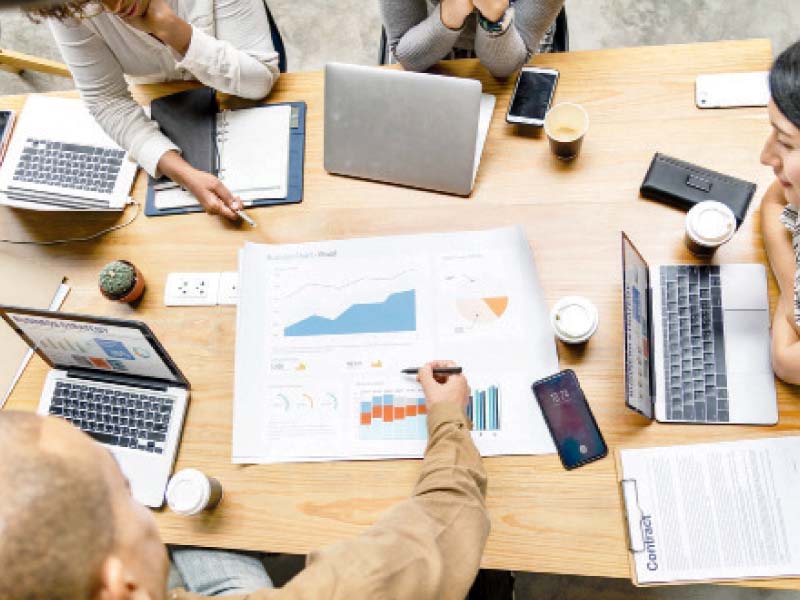 Economic development generally follows the following pattern. At the initial stage, agriculture or the primary sector (farming, fishing, livestock and forestry) is the largest sector of the economy.

As economic growth gains momentum, the relative share of industry or the secondary sector (manufacturing, mining and construction) in the gross domestic product (GDP) begins to increase at the expense of agriculture. Surplus labour migrating from rural to urban areas and low wages hold the cost of production in check, which contributes to competitiveness and growth in manufacturing.

The industrial development causes a corresponding change in the country’s export mix and the share of manufactured goods in the total export revenue outstrips that of primary commodities. A net food-exporting country may become a net food importer.

Economic development brings with it a higher per capita income, higher standard of living and increased propensity to consume. As a result, wages rise, industrial competitiveness based on low cost of production is dialed down and services or the tertiary sector begins to expand until it overtakes the other two sectors.

Instead of manufacturing most of the goods at home, the economy increases its reliance on imports, because they are cheaper than the home-made goods. At the mature stage of development, de-industrialisation takes place and services become the most vibrant sector of the economy and the largest source of employment.

The economy focuses on manufacturing a narrow range of hi-tech, skills- and capital-intensive products. As a result, the country usually runs a deficit on the merchandise trade account, which is offset by a surplus in trade in services.

Not all economies necessarily follow this pattern. In particular, some countries may suffer premature de-industrialisation, ie, the share of manufacturing in total output may begin to decline without reaching full-scale industrial development accompanied by a high per capita income and a high standard of living.

The services sector grows disproportionately. But because it is not backed by industrial development, it lacks competitiveness and sophistication. As a result, the country faces a deficit in both trade in goods and trade in services. Pakistan is one such example.

In 1960, agriculture was the largest sector of Pakistan’s economy, with a share of 43.2%, closely followed by services with a 42.3% share. The industrial sector made up only 14.5% of the economy. Manufacturing, a sub-sector of the secondary sector, accounted for 11.3% of GDP. That output mix was rather weird, as going by the above-referred pattern, industry, rather than services, should have been the second largest sector.

A major reason for the relatively low share of the industry including manufacturing was the condition of the country at the time of independence in 1947. Provinces of British India, which made up Pakistan, were for most part underdeveloped, with a scant industrial infrastructure in place.

Calcutta, the capital of Bengal and sub-continent’s largest city and industrial-cum-commercial hub, went to India.

Pakistan’s industrial share comprised units which, by and large, were small and raw material based. Not surprisingly, the areas that became Pakistan were net importers of industrial goods from India at the time of independence.

As much as 90% of the population of the nascent state lived in the countryside. The largely agrarian economy was remarkably deficient in agricultural surplus, which underpins industrialisation.

Jute was the principal source of foreign exchange, but ironically Pakistan did not have a single jute mill, as all the units were located in the provinces that constituted the Indian Union. Thus, from the very outset cards were stacked against industrialisation in Pakistan.

On account of rapid industrialisation during the 1960s, the share of industrial sector in GDP began to increase and by the end of the decade it reached 18.1% including 14.6% share of manufacturing.

However, by that time, services had become the largest sector of the economy, with a 48% share. On average, the primary, secondary and tertiary sectors accounted for 37.8%, 17.7% and 44.5% of the economy during the 1960s. Manufacturing, on average, accounted for 13.1% of the total economic output.

The 1970s witnessed a further decline in the share of the primary sector and an uptick in shares of the other two. On average, during that decade, the primary, secondary and tertiary sectors accounted for 30.8%, 20.6% and 48.6% of the economy respectively.

Manufacturing, on average, accounted for 14.2% of the total economic output. Industry, thus, remained the smallest sector of the economy – albeit with an increasing share.

The following two decades marked the continuation of the trend. On average, during the 1980s, the share of agriculture shrank to 25.6%, while both industry and services saw their shares increase to 20.8% and 53.6% respectively. The share of manufacturing also went up marginally to 14.3%.

However, a development of no less importance during the decade was the structural adjustment that the government undertook as part of two International Monetary Fund (IMF) programmes. An important component of both the programmes was the opening of the economy and a drastic reduction in import tariffs.

Many believe that the drastic reduction in tariffs was uncalled for and exposed a weak domestic industry to increased foreign competition. To make matters worse, the manufacturing base continued to remain narrow and characterised by low value addition.

Thus, as the country entered the 21st century, the domestic industry was not prepared to face competition from cheaper or quality imports.

Adding to the woes was a rather precarious security situation and some misplaced priorities that pushed the bulk of investment in speculative and quick-yielding assets, such as stocks and real estate, at the expense of long-term ventures.

Consequently, during the first decade of the present century, the share of industry and manufacturing in GDP came down to 19.1% and 12% respectively, while that of the tertiary sector further expanded to 57.9%. That was the beginning of premature de-industrialisation.

In the second decade (2010-19), the share of industry and manufacturing in GDP marginally improved to 19.3% and 12.9% respectively but it was still far below the desired levels. In India and Bangladesh, manufacturing made up 15.3% and 16.9% of GDP respectively during the period.

This development pattern based on the anti-manufacturing bias has pushed Pakistan into an unenviable predicament – a large pool of unskilled as well as educated labour struggling to find jobs; an agriculture sector characterised by low productivity and output; an industry marred by stagnation and inefficiency, lack of value addition, and a narrow base; and a services sector deficient in sophistication and competitiveness.

The production inefficiencies together with a lack of breadth and depth of output have subjected the economy to the triple whammy of being a net food importer as well as running substantial deficits on both merchandise and services trade accounts.