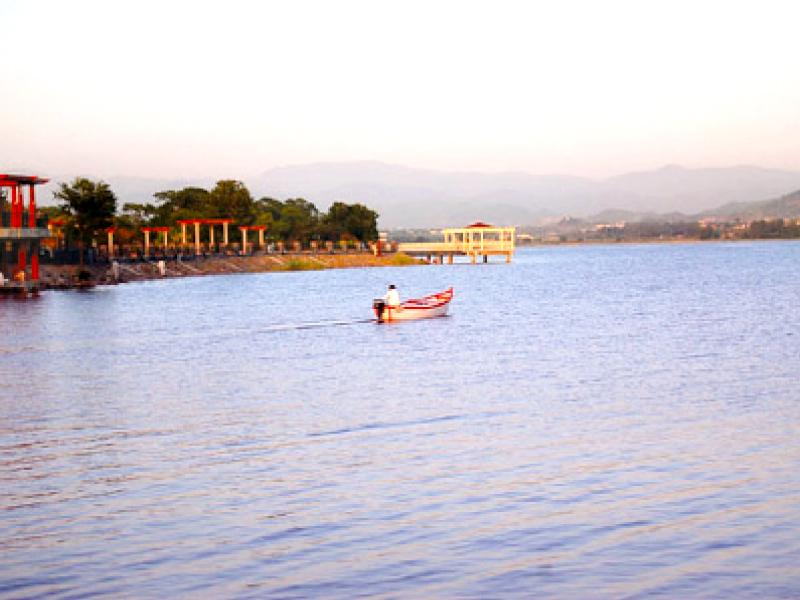 The chairman of the apex civic agency of the federal capital on Thursday was asked to clarify the legal position of the Pakistan Navy Sailing Club building constructed on the bank of the Rawal Lake.

The court also sought answers from the defence ministry and the Chief of Naval Staff.

This was directed as a single-member bench of the Islamabad High Court (IHC), comprising Chief Justice Athar Minallah on Thursday, as it heard a petition filed by Zeenat Salim.

Salim, in the petition, argued that the illegal occupation of land, constructing a building on it and denial of access to a public place is a violation of the Capital Development Authority Ordinance 1960, and the fundamental rights guaranteed under the Constitution.

Admitting the petition for hearing, the bench directed the Capital Development Authority (CDA) chairman to name an official of member-level to appear at the next hearing of the case.

The CDA was told to inspect the site and submit the building plan of establishments around Rawal Lake.

The court asked under which authority land was allocated for the club. It added that whether the Environmental Protection Agency (EPA) was consulted before constructing the building.

The Attorney General of Pakistan (AGP) was also asked to appear in the next hearing on July 23 citing the matter as of the public interest.