Indian subversion in Pakistan a lost cause 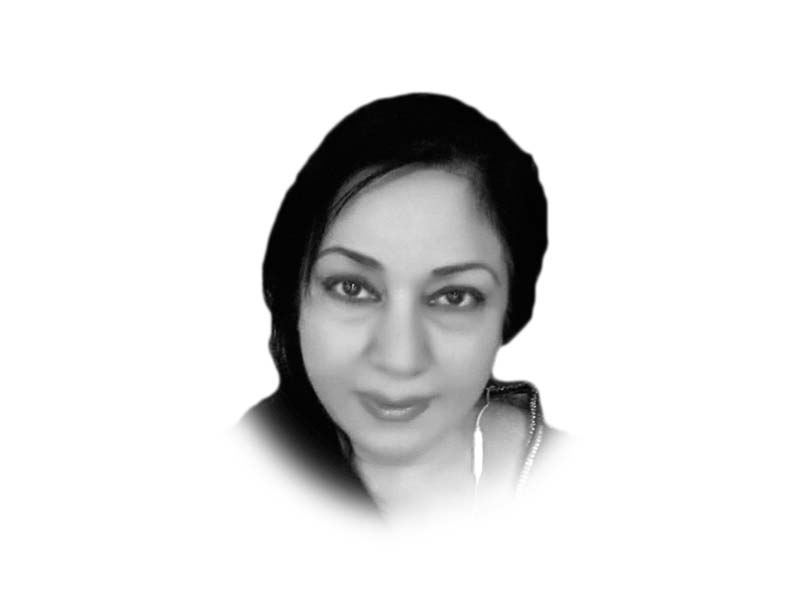 Since the Independence, Pakistan found an eager hostile neighbour trying to undo the very idea of this new independent Muslim state. Indian subversion in erstwhile East Pakistan imploded the fault line with its western wing and Pakistan was dismembered. Did India stop there, certainly not?

Post 9/11, India found a favorable strategic environment for sabotage and subversion in Pakistan and this was taken to a new level of violence through state-sponsored terrorism by India.

Collection of data, the case for state-sponsored terrorism be presented to the ICJ and the UNSC for involvement of Indian agencies in sponsoring and abetting terrorism in Pakistan.

= Modi in his Independence Day address of 15 Aug 2016 has boasted that people of Balochistan, Gilgit and Azad Kashmir had thanked him a lot in past few days.

= Late Manohar Parrikar, then Indian Defence Minister, had said that India will use terrorism to counter terrorism from other countries pointing towards Pakistan.

= More recently, the Republic TV mouthpiece, Major Gaurav Arya, talked of his links to the BLA and other terrorist organisations operating in Balochistan.

Nowadays, the Indian media is giving a lot of space to so-called Pakistani dissidents to advance its agenda of subversion against Pakistan.

Why we call it a lost cause? There are three major factors: Afghanistan’s changing situation; Indian periphery waking up to Indian state-sponsored terrorism and political interference; and more recent, the Ladakh blunder.

Taking help from our previously published articles in newspapers, we would like to elaborate these three factors:

After 9/11, India found an expanding space in Pakistan’s neighborhood to apply all strands of Chankaya’s Mandala theory through a sophisticated hybrid war. The South Block head-honchos thought that a nuclear Pakistan could be finally eroded by their proxies in Afghanistan and the game started in earnest through expanding operations of RAW in collaboration with hostile intelligence agencies operating from Afghan soil. The target was simple: keep Durand Line on fire by sowing seeds of hate and animosity between Afghanistan and Pakistan and strategically suffocate Pakistan to an extent that it becomes an unviable state. No wonder India recently unleashed the ethno fascists or fake sub-nationalists to create an illusion of instability in FATA.

India took a lot of pain and effort to develop and invest in building a terror network along with some hostile intelligence agencies in Afghanistan and the Iran. Commander Kulbhushan Jadhav (the top RAW gun and the Bluebird) used both Afghan and Iranian soils to foment terror in Pakistan. Indian support to defunct terror entities like the BLA and the BRA and chaos generators like fake sub-nationalists of FATA are no more hidden from the eyes of the world.

A retired Indian Major General Harsha Kakar while writing in The Statesman with the title, “Who is responsible for Afghanistan Mess” talked of growing anxiety in the Indian Establishment, where he criticize President Trump for the decision to pull out of Afghanistan and urged the military hawks in Washington to continue the war, just because it favours Indian nefarious designs. The General was almost comic when he compared Afghan withdrawal with the Vietnam war and tried to arouse the ghost of Saigon. The reality, of course, is different: the Indian Miltablishment and RAW, after playing a long and dirty game in Afghanistan, feels its investment in drowning in Kabul River.

Indeed there are geopolitical consequences for India: It sees the threat of busting of the terror network of RAW in a number of consulates used to keep destabilising Pakistan; something similar to what happened in Sri Lanka, when LTTE Generalissimo Prabharkaran was killed and a trove of RAW’s terror network to support LTTE was discovered from the Mulailtivu Forests and Jaffna Peninsula. The façade of Indian investment and development in Afghanistan has started crumbling as more stories about how Indian military and RAW directly took part in military operations against Taliban fighters are emerging. No wonder Indian CDS, Bipin Rawat pointed out the need for talking to the Taliban during Raisina Dialogue held in New Delhi.

Pakistan and Afghanistan are intertwined twins and neighbours who have remained inseparable throughout history. They have to live and coexist together; any outside power trying to create cleavages between these two brothers will fail and India is no exception. From now on, all roads to Kabul will pass through Islamabad, due to centrality and the resilience of Pakistan.

Indian Afghan enterprise was based on one thing, Chanakya’s Mandal Siddhanta theory. Applying this theory, Pakistan being the immediate neighbour is the ultimate enemy (Ari) and Afghanistan and Iran fall in the category of Mitras, the US is the Udasina (neutral King). The future of Afghanistan from South Block looks like this — Ari (Pakistan) has rejoined the Mitra (Afghanistan), and Udasina (West) is exhausted and pulling out, so the Vijusu (India) has no option but to falter. The Doval-Modi circus in Afghanistan was poorly conceived and has become a flop show; it must be wrapped up, lock stock and barrel; it is time to leave, India.

The Indian Army is demoralised and there is a growing call for Raksha Mantri, Rajnath Singh, Ajit Doval, Army Chief, Commander Northern Command and Commander 14 Corps to step down, as they not only slept on the Chinese incursions but also failed to appreciate Chinese intent and prepare a contingency plan. Current spate of Indian state-sponsored terrorism in Balochsistan and even Karachi points to the frustration with the lost cause. RAW has to find a bogey to deflect attention away from its failure in Ladakh, and pushing her proxies like BLA, Altaf Hussain, Senge Hasan Sarang (GB dissident) and Sindhu Desh is akin to whipping the dust by a donkey who has run short of fodder.

RAW has suffered reverses in Afghanistan, Sri Lanka and Nepal, but this strategic surprise by China is the biggest failure of RAW as an agency entrusted with providing realistic threat estimate to Prime Minister Modi’s office. Since Doval controls RAW directly, he has to answer many questions regarding the Ladakh blunder.

China has come out openly to mitigate Indian threats to CPEC, from its start point in Gilgit-Baltistan to its international opening in Gwadar. One of the main reasons for China to advance her historical claim on LAC in Ladakh is preservation of Chinese strategic interests in Pakistan.

Why Pakistan is so defensive when Modi shouts from the rampart of Red Fort that he is getting messages for Balochistan and Gilgit-Baltistan?

What stops Pakistan from giving space to thousands of Indian dissidents and freedom fighters to at least express their views on Pakistani media?

To conclude, Indian support to her proxies in Pakistan’s neighborhood stands exposed and international community is well aware of that. Pakistan needs to aggressively move forward and build up a case for international forums like the ICJ and the UNSC. There is also a need to project role of hostile agencies operating across Pakistan’s western border. The Uzair Baloch report and Kulbhushan Jadhav’s admissions are strong cases to do that.

There is also a need for WHAM (winning hearts and minds) in Balochistan, especially for the Baloch youth, projecting a prosperous and vibrant Balochistan as the new face of Pakistan.