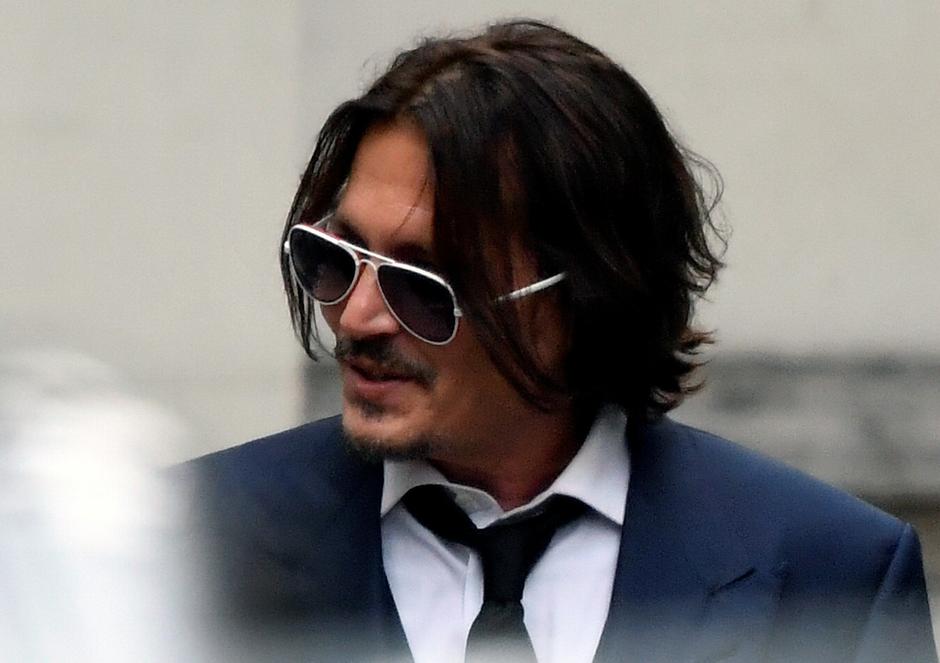 Hollywood star Johnny Depp accused his ex-wife Amber Heard of lying about him beating her up, and told London’s High Court on Tuesday that she had actually struck him.

Depp, the 57-year-old star of the Pirates of the Caribbean films, is suing The Sun’s publisher, News Group Newspapers, and its executive editor, Dan Wootton, for libel over an article Wootton wrote in April 2018 calling him a “wife beater”.

The paper’s lawyers said they would show the claim was true and that he had beaten actress Heard, causing her to fear for her life, during violent rages brought on by alcohol or drugs, sometimes when he had falsely accused her of infidelity.

“For the avoidance of any doubt, I have never abused Ms Heard, or, indeed, any other woman, in my life,” Depp said in a witness statement in which he characterised his ex-wife as a calculating, emotionally dishonest narcissist.

Wearing a dark suit and glasses and speaking in a deep clear tone, Depp gave evidence at the beginning of the case at London’s High Court. Heard, who arrived wearing a red scarf tied around her face, is also due to give evidence.

In a written statement outlining Depp’s case, his lawyer David Sherborne said Heard had first aired the abuse allegations in May 2016, saying it was hard to think of “more extreme or violent” claims of abuse than she would make during the trial.

“The Claimant’s position is clear; Ms Heard’s allegations are complete lies,” Sherborne said. “The Claimant was not violent towards Ms Heard, it was she who was violent to him.”

In papers submitted to the court, Depp’s team also said Heard had begun an affair with Tesla chief executive Elon Musk in early 2015 shortly after they had got married and had engaged in at least one extra-marital relationship with her co-stars, with actor James Franco named.

Appearing in the witness box, American Depp said he was the victim of attacks from his ex-wife and had himself sought to avoid confrontation.

“I would try to go to my own corner as it were,” he said. Asked about one argument, Depp said: “It escalated and it got physical ... Miss Heard struck me.”

The couple met on the set of the 2011 film The Rum Diary and married in February 2015. Heard filed for divorce after 15 months, and days later obtained a restraining order against Depp. Their divorce was finalised in 2017 when the restraining order was dismissed.

Cross-examined by lawyer Sasha Wass, Depp agreed he had taken “every drug known to man” by the age of 14 and said he had a difficult childhood and struggled to come to terms with his fame and success.