Deal with the devil

Those who committed injustices must be held accountable 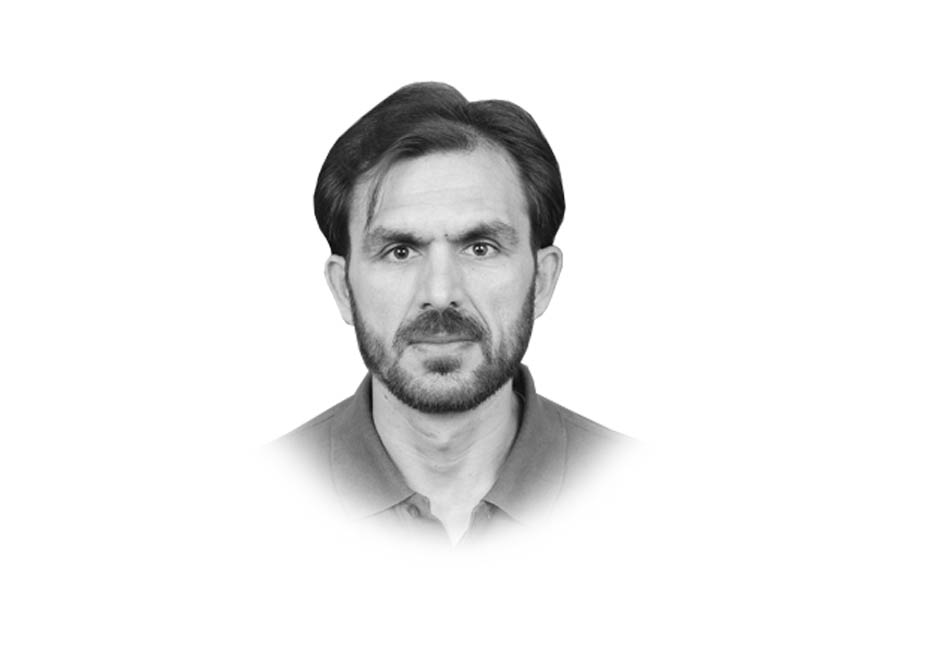 I’m shocked. And I’m sure I’m not alone. Abdul Rashid Dostum, the burly Uzbek warlord with a tainted past, has been honoured with the highest Marshal rank in Afghanistan’s military. I’m sure President Ashraf Ghani would have never made this deal with the devil had Abdullah Abdullah not put the proverbial knife to his throat. Ghani, an ethnic Pashtun, was under pressure from his Western backers to settle a bitter election dispute with his rival from the second most prominent Tajik ethnic group. And Abdullah knew that. His dream of reaching the presidential palace has been shattered for a third time. He knew he couldn’t muster international legitimacy for his self-declared presidency. But Abdullah also knows the US troops are pulling out and he would need a powerful ally if history repeats itself and Afghanistan’s ethnic groups take weapons out of mothballs. The treacherous warlord has switched loyalties with bewildering frequency in pursuit of his interests since the 1980s. He has befriended and betrayed almost every player on the Afghan political chessboard.

For Western writers, Dostum might appear to be shrouded in contradicting hearsay. In his stronghold of Mazar-i-Sharif in northern Balkh province, he is deified for his mythologised struggle to establish his minority ethnic Uzbek people as a force to reckon with. The Uzbeks would swear this “bear of a man with a gruff laugh… has on occasion frightened people to death”. But elsewhere in Afghanistan, this descendent of the Mongols is demonised for the worst atrocities he has committed only to inspire awe among his enemy like his ancestors had done centuries ago.

In the 1980s, he was in cohorts with the Soviets who raised, trained and bankrolled militias of Jowzjani (named after their province) to quell uprisings against the ‘revolution’. These militias included the Uzbeks in the north headed by Dostum, the Kayan Shias led by Sayed Mansour Naderi in the centre, the Jummah Khan-led Andarabis in the Hindu Kush, and the Achakzais in the southwest, led by General Asmat Muslim. They were called the Watanparasts (patriots), a political neologism introduced by the Soviets for them to legitimise their fight against the ‘jihad’ and the ‘mujahideen’. Initially, their role was limited to securing the vital supply lines between Soviet Union and Kabul and spying on the mujahideen. But gradually, they were thrown into the combat. The Soviets would airlift them, especially Dostum’s Jowzjani militias, to the restive parts of the country to fight alongside the Soviets against the mujahideen. During these years, Dostum’s militias gained notoriety for their wanton loot and plunder. The Pashtuns would call them gilamjam (rugs thieves) because they would loot anything they would find, sparing not even gilams (rugs).

After the Soviet exit, Dostum’s 50,000 salaried fighters became the Praetorian guards for Dr Najibullah in Kabul. Interestingly, these ‘hired guns’ outnumbered the regular army and air force combined under the regime control. Pashtun Communists didn’t trust gilamjam militias and would disparagingly call them ‘ghulam militia’ (hired guns). They pushed Dr Najib to disarm and demobilise them, but before he would move Dostum outmaneuvered him. He seized a weapon shipment from the Soviets meant for the Kabul regime and turned his guns against his Communist paymasters. Dr Najib’s regime collapsed soon after. As the ‘jihad’ morphed into a power struggle, Dostum allied himself with charismatic Tajik commander Ahmed Shah Massoud, though the alliance wouldn’t last long.

After Dr Najib’s ouster, the UN cobbled together a coalition government dominated by the Pashtuns and the Tajiks. The Uzbek warlord was denied a share, much to his dismay. He led his militiamen back to the north to set up a quasi-independent state around Mazar-i-Sharif. Later when he was lured into a renewed struggle for Kabul between the Tajiks, the Hazaras, and the Pashtuns, Dostum decided to cast his lot with the Communist Hazara militias of Sayed Mansour Naderi and fought against both the Tajik Massoud and the Pashtun Gulbudin Hekmatyar. But then in an interesting turn of events, he joined forces with Hekmatyar to bombard the Tajik-controlled Kabul, leading to the destruction of the capital and massacre of its citizens.

Dostum remained loyal to the Soviets long after their pullout from Afghanistan. He helped the Russians keep jihadis out of the turmoil in Tajikistan and prevent the Taliban and their foreign cohorts from threatening Russia’s Central Asian underbelly. But this loyalty wasn’t ideological. He hugely benefitted from the Russian largesse — both in cash and kind.

After the emergence of the Taliban on the post-civil war political landscape and their swift march towards Kabul, Dostum joined hands with Massoud and other non-Pashtun fighters in the Northern Alliance. The alliance continued its defensive fight against the Taliban from their tiny stronghold in the north until the Americans invaded Afghanistan in 2001. America’s Operation Enduring Freedom brought the spotlight back on Dostum.

The CIA enlisted Dostum’s help for US special forces to wage a covert war in the rugged mountains of Afghanistan against the Taliban regime. Scholar Brian Glyn Williams, who has painted a portrait of Dostum in his book The Last Warlord, says with reference to his militias, “…it was these horse-mounted descendants of the Mongol warrior Genghis Khan that allowed the American military to overthrow the Taliban regime in a matter of weeks.”

Apparently, the swaggering warlord always harboured thoughts of revenge since his 1998 rout from his ‘private kingdom’. And after the fall of the Taliban regime, he found the opportunity. His ferocious fighters methodically killed several hundred Taliban following the so-called uprising at the Qala-e-Jangi prisoner camp, outside Mazar-i-Sharif. Most of the survivors were later intentionally suffocated to death in shipping containers while being transferred from Kunduz to Sheberghan prison, in the Jowzjan province. The bodies were dumped in mass graves in the Dasht-e-Leili desert west of Sheberghan.

Dostum, who has always held outsized sway over Afghan politics, was directly picked as first vice president after Ashraf Ghani ascended to the Presidency in 2014. But two years later his political rival Ahmad Eschi, a former governor of Jawzjan, alleged that he was detained, tortured, and sexually assaulted with an AK-47 rifle by Dostum and his guards. The charges were serious. The Supreme Court ordered Dostum’s house arrest but he fled to Turkey where he has always found refuge.

Dostum’s opportunistic change of allegiances never stopped. He was Ghani’s vice president but turned against him to side with Abdullah after the 2018 elections. And he got his reward: the highest Marshal rank in the Afghan security forces. Abdullah got a 50% share in the government and the crucial role of leading peace efforts with the Taliban. But I believe honouring Dostum doesn’t send out the right message ahead of the upcoming intra-Afghan dialogue.

Dostum is accused of war crimes, mass murders, wanton violence, loot and plunder, and rape. The charge sheet is long and his crimes are heinous. The military honours won’t wash them off. Those who committed injustices must be held accountable. For, there can be no peace without justice. And as Saint Augustine said “punishment is justice for the unjust”.