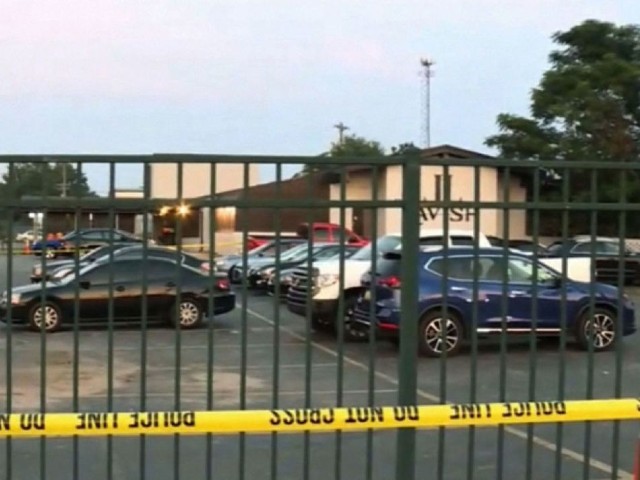 The incident is suspected to be gang-related which injured two other. PHOTO: COURTESY CNN

Ten people were shot early on Sunday in a Greenville, South Carolina, nightclub in an outburst of suspected gang-related violence that killed two people and critically injured two others, police said.

Police believe more than one shooter fled the chaotic scene at the Lavish Lounge club before deputies arrived. A very large crowd had packed into the establishment for “some type of Fourth of July concert,” Greenville County Sheriff Hobart Lewis told an early morning press conference.

Two sheriff’s deputies were passing by the club shortly before 2 a.m. and heard shooting and saw a commotion, in a crowd of about 200 people, Lewis said.

They called for backup and emergency services and went into the club, trying to evacuate people and see if it was still an active shooting, but apparently the shooter or shooters fled, Lewis said.

Officials identified the deceased as Mykala Bell, 23, of Greenville and Clarence Johnson, 51, of Duncan. The Greenville News reported that Johnson was a security guard sat the club.

There was still no detailed information about the wounded or the suspects from officials in Greenville by midday Sunday. But Lewis told reporters that police were looking for “known gang members,” and that the incident was “probably gang related.”

There is no active threat to the public, police said.

Some of the wounded were taken to Greenville Memorial Hospital by people at the scene, others in ambulances, Lewis said.

The Greenville News reported that there was a previous shooting early Saturday morning at a club next door to Lavish Lounge. Police were investigating a possible connection, the newspaper said.