Karachi’s Hindus homeless in their homeland

Betrayed by an age-old lease system based on trust, Karachi's Meghwar Hindus struggle to put a roof over their heads 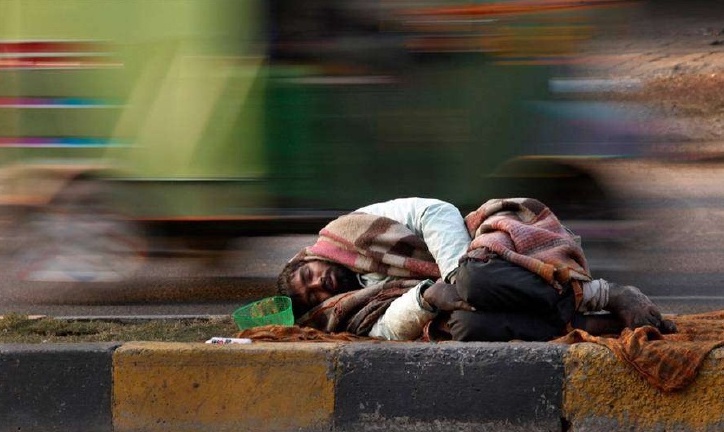 Once, the Hindu community of Meghwars were the resident mochis - shoemakers - of Karachi. They belong to the city as much as the city belongs to them.

But while their elders claim they have dwelt in the old city areas for over 200 years, few of them own a house - or any property - here. And it is not for lack of trying.

The Meghwars, locally called Maheshwaris, are the unfortunate victims of the age-old 'pagri' system, under which they have long rented houses. Now, being denied tenancy, allegedly on the basis of their religion, they are on the verge of homelessness.

With the pagri system, a landlord lets a 'tenant' use his property - forever in most cases - after receiving a "pagri," an amount that is a little less than the prevailing market price. In return, the tenant pays a nominal monthly rent and stays there for years on end without fear of eviction, while the property remains in landlord's name.

But here's the catch. The pagri system has no legal standing. With verbal commitments, neither landlord nor tenant can make a case for themselves if the other breaches the agreement.

As a result, the Meghwars, most of whom relied on the pagri system for housing, are in a fix.

According to several members of the community, barely a handful of Karachi's Meghwar families own a house in Lyari, where most of them live.

"Our people are unable to rent an apartment in any residential buildings here," the community's president, Kako Kanji, lamented, pointing to religious discrimination as the cause for this. "It's like we are being separated from the rest of society."

According to Mohan Lal, such discrimination against the community only emerged a couple of years ago. "Over the past few years, the hatred has become quite apparent."

Other community elders claimed that even builders asked about their religion before allotting apartments. As a result, they said, of around 100 Maheshwari families in the neighbourhood, only a few have managed to buy apartments, while most were denied rented accommodation even in newly constructed residential buildings.

"The owners are forcing us to vacate [the apartments rented on pagri]. It is a herculean task to find a place to live," explained Kanji.

With few options left, displaced families are moving in with others from the community, forcing two or three families to live together in a single cramped apartment, said Lal.

Being refused accommodation is not the only instance of discrimination against the Meghwars, nor the only attempt to erase their long-standing connection to the city's fabric.

According to Lal, society's hostility has also forced them to give up their ancestral profession of shoemaking. "And now the younger generation has lost interest in it. Most of us are reduced to being sanitary workers," he deplored.

Kanji Megji, another community elder, added, "There is no job left for us but that of sanitary workers."

Megji, who has seen the good, the bad and the ugly over the years, bitterly criticised the apathy of the elites. "We were staunch supporters of the Muslim League [at the time of the Partition] and have remained loyal to the Pakistan Peoples Party, but they only remember us during elections."

Babo Namori, who too belongs to the community, recalled the school his grandfather had built in Lyari. "Now its name has been changed and the plaque displaying his photo has been removed," he grieved.

He added that one of the oldest burial places for Hindus in the city's Mewa Shah Graveyard has been encroached too. "Only a small part of it is left for us. That too will be annexed soon," he predicted sadly.

Beaten down by persistent attempts to uproot them, Lal said their only hope for survival lay in permanently moving out of the old city areas. "But where should we go?"

Other community elders suggested that they be provided land in the city's outskirts. That way, society would get its wish of separating them, they added.

What they did not say, though, was that such a move would also take them far away from the place that has long been their home, where their roots lie deep.