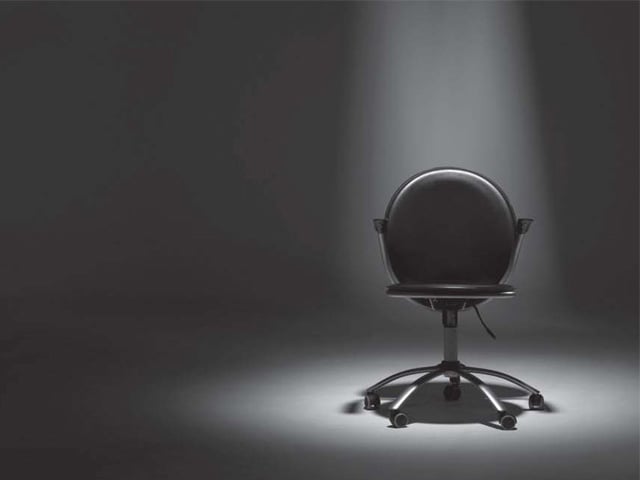 The cabinet on Saturday removed Nausheen Javaid Amjad as chairperson of the Federal Board of Revenue (FBR) due to alleged differences over policy choices and a tussle over transfers and postings of the board officers.

Nausheen is the fourth FBR chairperson to have been removed prematurely by Prime Minister Imran Khan during the past 22 months, raising questions over the government’s handling of the official tax collection machinery which is critical to the country’s economic security.

Javed Ghani, a Grade-22 officer of the Pakistan Customs, has been given the additional charge of FBR chairman for three months or until the appointment of a regular chairman, whichever is earlier.

Nausheen’s removal was not sudden as The Express Tribune had reported about it last month. She has been posted as national heritage and culture division secretary, which is attached with the ministry of education.

The Establishment Division on Saturday, which is an official holiday, de-notified Nausheen and notified Ghani as acting chairman of FBR. The government secured the approval of the administrative changes through circulation of a summary to the cabinet.

Nausheen’s removal was also against the appointment policy that the federal cabinet had approved to ensure continuity and consistency in policies.

The outgoing chairperson stayed in the coveted position for less than three months – the second shortest tenure of any chairperson. The shortest tenure was of Rukhsana Yasmin who remained at the helm in FBR for about two months, form July to August 2018.

After removing Yasmin, the prime minister had appointed Jehanzeb Khan, who served as FBR chairman for about nine months and was replaced with Shabbar Zaidi. Zaidi, too, could survive for 11 months –the longest tenure in past 22 months – but it included four months period during which he was not actively attending the office.

Nausheen had faced a gigantic task of stopping the nose-diving tax revenues, restructuring of the top FBR hierarchy and improving the tainted image of the tax machinery. She did achieve the revised tax collection target of Rs3.9 trillion and pooled Rs3.99 trillion but struggled hard on other two accounts.

In April last year, Prime Minister Imran had handpicked Zaidi as his man to achieve the goal of collecting Rs5.5 trillion in taxes during the last fiscal year and Rs8 trillion by the end of his term. But after two years of the PTI government, the tax revenues remained less than Rs4 trillion.

Nausheen did not have full freedom in selection of her team and the charge of the revenue division secretary was also not given to her despite promise, sources told The Express Tribune. She had to reverse the transfer of director general of International Taxes within 24 hours due to the intervention of the Prime Minister’s Office, the sources added.

During the budget-making exercise, there were serious differences over giving tax concessions and exemptions to certain segments, they added. The prime minister’s amnesty scheme for the construction sector was added to the Finance Bill on the eve of the budget.

The FBR and Adviser to Prime Minister on Finance Dr Abdul Hafeez Shaikh were against further concessions, the sources said.

There were also differences of opinion on giving tax exemptions to the Naya Pakistan Housing Authority and the Foundation University, the sources added. Both these entities were added to the exemption list hours before the approval of the Finance Act from the National Assembly, they added.

There were also pressures on the outgoing chairperson about reversing some other posting orders including the people who were posted out of Karachi in recent weeks.

The cabinet has approved to give additional charge to Javed Ghani for three months aimed at picking her successor. There is one possibility that during next three months, at least two FBR officers including a woman, who are in Grade-21, could be promoted to Grade-22 and appointed as chairperson.

The other possibility is to appoint a retired officer as FBR chairman through a competitive process, which is permissible under the FBR Act of 2007. Nausheen and Ghani both are retiring in April next year.

However, the uncertainty in the FBR is surely going to cause loss of revenue due to lack of clarity at the top. For the next fiscal year, the government has again set a daunting task of collecting Rs4.963 trillion that will require 24.4% growth over this year’s collection.