A round-up of updates to keep you in the know of what’s happening locally and around the globe! 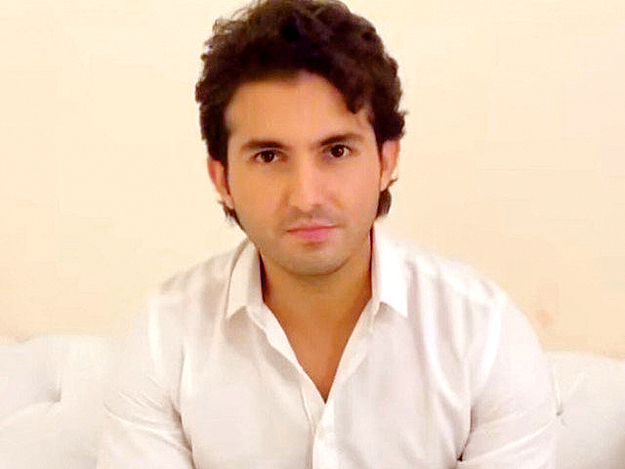 Shahroz Sabzwari and Sadaf Kanwal tied the knot in an intimate Nikkah ceremony recently. The couple looked radiant in simple attires as they celebrated their big day with close family and friends.The pictures of the ceremony went viral on social media and many were quick to criticise the newlyweds for allegedly confirming their ‘rumoured’ affair. The said affair was earlier cited by gossip-mongers to be the reason for separation and ultimately divorce between Shahroz and first wife, Syra Yousuf. Last week, the Chain Aaye Naa actor took to social media and shared a four-minute-long video, defending his family and wife. Talking about his separation, the Dilruba actor asserted, “I met Sadaf for work after three or four months after my separation with Syra. I made a video earlier, which is now being edited and twisted. I can vow that nothing I said in that video was a lie because at that time Sadaf was only my colleague. After that first video, Syra and I tried to reconcile, but we couldn’t. The reason why our marriage broke has been very personal to us as a couple and we couldn’t solve it.”

A facewash is killing no one: Zara Noor Abbas 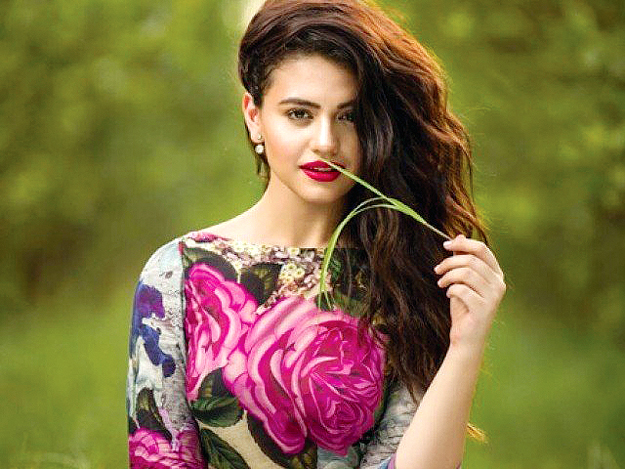 The United States is under fire as protests against the killing of an African-American man erupt across the country. The video of the incident has rekindled the ‘Black Lives Matter’ movement, which works against the violence and systemic racism against the community. While the protests turned violent in major states, many celebrities across the world also took to social media to pledge their support. However, not all of them could play it safe. After Bollywood actor Disha Patani got trolled for calling out racism while endorsing fairness creams, Pakistani actor Zara Noor Abbas was called out for the same. The celebrity took to Instagram to share a video of a young school girl giving a speech on why black lives mattered and being an African-American, she burst into tears during her deliverance. However, she came under fire for raising her voice against something she promotes in her own country through a fairness cream ad. But the Ehd-e-Wafa star does not think endorsing such products promotes hatred or violence against a community. In the comments section of her post, a user quipped, “Really liked your fairness cream ad,” following which the celebrity lost her cool. “Good, because that does not promote killing. Does not promote racism. Stop making this out of context when it’s not the agenda. Your word doesn’t matter here. What matters is human life and equality and this is what I am here for. A face wash is killing no one,” justified Abbas. 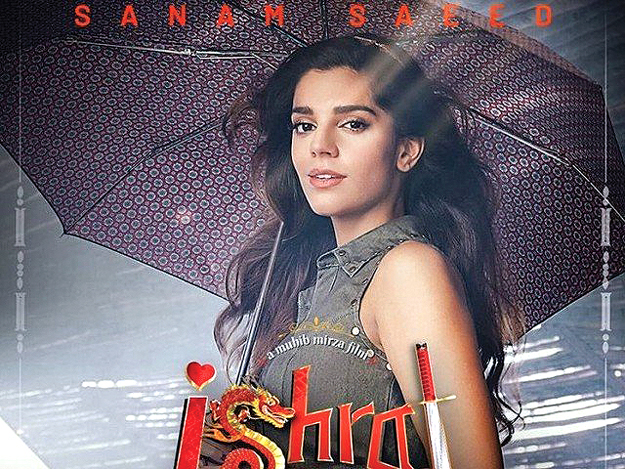 It seems that Muhib Mirza’s long-awaited Ishrat Made in China is inching closer to release as the team shared the film’s promotional ‘first look’ on its Instagram account. The film, that is largely a spin-off of Mirza’s 2006 satirical TV series Ishrat Baji, stars Muhib himself alongside Sanam Saeed, Sara Loren, Ali Kazmi, Shamoon Abbasi, Nayyar Ejaz, Shabbir Jan, Imam Syed, Salman Saqib (Mani) and Mustafa Chaudhry. It will also mark the acting debut of acclaimed designer Hassan Sheheryar Yasin (HSY). Ishrat Made in China was announced in January 2019 but later stalled and is now gearing up for release soon. “The hit 2006 cult-classic television show Ishrat Baji is returning soon as a feature film. We can’t wait to see the much loved Ishrat Baji, a character made famous by Muhib Mirza, on the big screen soon,” read the caption on Muhib’s look for the comedy.

#JusticeForZohraShah: Mahira Khan, Osman Khalid Butt and others speak out 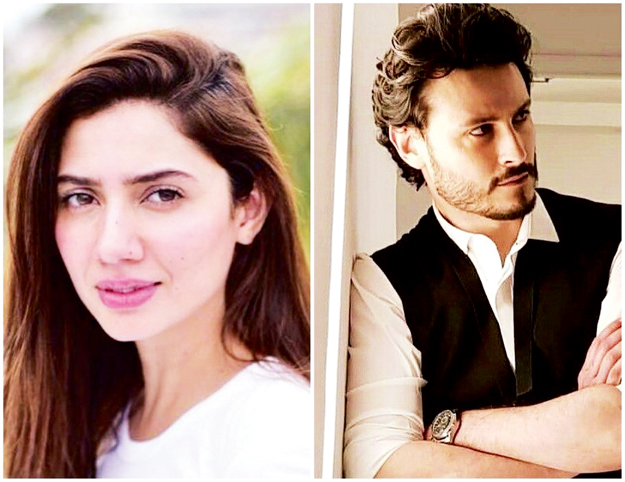 Earlier this week a minor domestic worker in Rawalpindi passed away after being violently beaten by her employers. The victim, eight-year-old Zohra Shah was attacked for setting an expensive parrot free. Following her demise, social media went in an uproar with public figures from the showbiz industry and otherwise raising their voices against the tragic incident. Superstar Mahira Khan shared the news and referred to the perpetrators as “demons”. “The demons walk freely among us,” she said. Social media personality Shaniera Akram reminded everyone that child labour was against the law. She also lashed out at the person responsible for the heinous crime. “Now it’s your turn to be the one in the bloody cage! #JusticeForZohraShah #StopChildLabour #ProtectOurChildren,” she tweeted. Others included, actors Osman Khalid Butt, Armeena Khan and activist Muniba Mazari. Butt kept his outrage brief by uttering the words ‘Dear God’ as he shared the news. 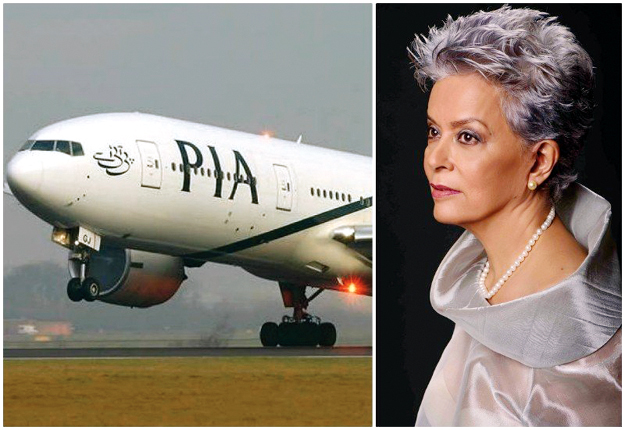 A Pakistan International Airlines (PIA) aircraft crashed near the port city’s airport in the densely populated area of Model Colony during Ramazan on Jummatul Wida, May 22, 2020. Flying from Lahore to Karachi, the PIA flight PK8303 had 99 passengers and eight crew members on board during the time of the incident, including model Zara Abid. Following this, several people paid tributes to the lives lost while the late model dominated the news for three consecutive days and recently, designer Maheen Khan has spoken up against the airline. “I’m never flying @Official_PIA again,” she tweeted a week after the incident. The restless innovator who has spent 48 years in Pakistan’s fashion industry further elaborated on her decision. “For over 30 years jobs have been given in PIA to political favourites or their relatives. Shocking that an airline is run by sifarashies (nepotism)”. She further reiterated in disappointed, “Shameful disregard for lives alive or not as seen in the way the bereaved families are being treated after the crash.” 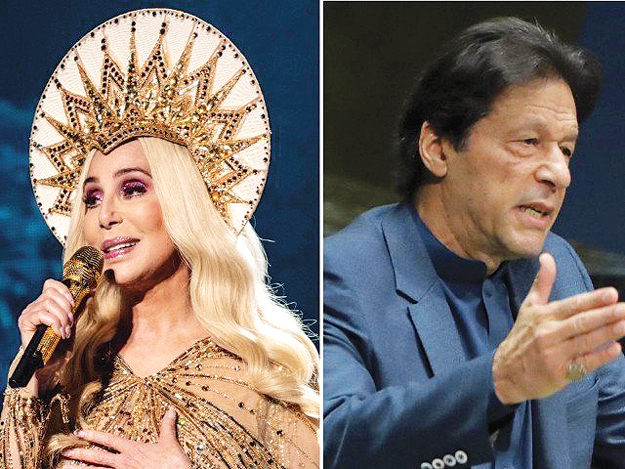 Goddess of Pop, Cher, marked ‘one of the greatest moments’ of her life after a Pakistani court ordered freedom for a lonely elephant named Kaavan, who had become the subject of a high-profile rights campaign backed by the US singer. She recently took to Twitter again and shared how grateful she was for Kavaan’s freedom. The popstar lauded PM Imran Khan, Fawad Chaudhry and others. “I was a big fan of you when you played cricket Imran Khan. I always thought you seemed so kind. Thank you so much for your help. This is a dream come true,” she wrote.