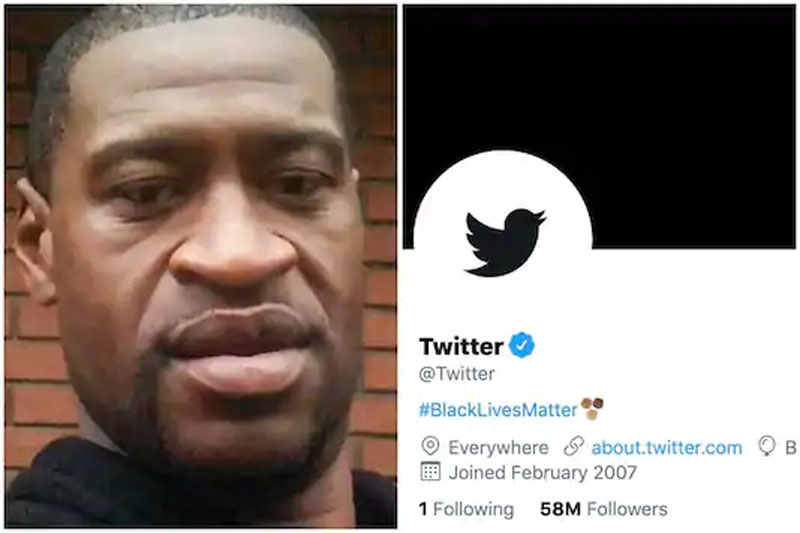 Photo: Twitter
As protests rage across the United States in the aftermath of the death of a 46-year-old George Floyd during arrest, the United States has been experiencing a series of violent clashes. The clashes between protesting demonstrators and police escalated on Saturday night, with at least one protester killed in Detriot, and several cities looking like a war zone after rioters torched several police clubs.

The situation has remained tense on Sunday as well in several cities including New York, San Jose and Seattle among others, while social media has also been rife with outrage with many condemning police racism using the hashtag #BlackLivesMatter.

In fact, the hashtag has gained so much strength that even Twitter has shared it as their bio. The social media platform, headed by Jack Dorsey, changed its profile picture to sport the colour black to represent its support for the movement and perhaps by way of mourning.

The hashtag is a revocation of the Black Lives Matter movement that started in 2013 after the acquittal of George Zimmerman, who had been accused of shooting an African-American man Trayvon Martin in 2012.

The hashtag became a powerful slogan in 2014 after the killings of two more black men, Eric Garner and Michael Brown, with thousands of protesters taking to streets to demonstrate against the killings of black men in the US followed by lack of proper police action.

While the four police officers involved in the incident have been fired and an FBI investigation initiated into the incident, Floyd's killing has brought back memories of 2014 killing of Eric Garner by policemen in New York.

Twitter's action also comes in the wake of its showdown with the President of the United States, Donald Trump, who recently threatened to ban the platform after it tagged two of his tweets as fake news.


A post by US President Donald Trump has been given a fact-check label by Twitter for the first time.

Trump had tweeted: "There is NO WAY (ZERO!) that Mail-In Ballots will be anything less than substantially fraudulent." Twitter put a warning label in the post and linked to a page that described the claims as "unsubstantiated".

Twitter has since also hidden one of Trump’s tweets behind a warning that it “glorifies violence”, further escalating the social media company’s row with the US president.

The US president’s tweet, posted on Thursday night Washington time, warned people in Minneapolis protesting against the killing that he would send the military to intervene if there was “any difficulty”.

"When the looting starts, the shooting starts,” Trump wrote, referring to a quote attributed to former Miami police chief Walter Headley, who in December 1967 promised violent reprisals to protests over stop-and-frisk tactics.

The warning was accompanied by a link to its policies about public interest exceptions.

The warning was accompanied by a link to its policies about public interest exceptions.

In a thread, Twitter explained its latest decision: “This tweet violates our policies regarding the glorification of violence based on the historical context of the last line, its connection to violence, and the risk it could inspire similar actions today.

“We’ve taken action in the interest of preventing others from being inspired to commit violent acts, but have kept the tweet on Twitter because it is important that the public still be able to see the tweet given its relevance to ongoing matters of public importance.”

Twitter introduced its public interest exception in June 2019, after years of criticism for failing to consistently apply its rules to prominent public figures, particularly the president.

“There are certain cases where it may be in the public’s interest to have access to certain tweets,” the company said, “even if they would otherwise be in violation of our rules.”

In such cases, any such tweet’s spread is also limited by Twitter’s algorithms, according to the company’s policy documents.

Early on Friday morning, the Trump administration responded by sending an identical tweet from the official White House account, placing Trump’s words in quotation marks, which was duly hidden by Twitter in turn. Trump himself sent several angry tweets, accusing Twitter of “doing nothing about all of the lies & propaganda being put out by China or the Radical Left Democrat Party”, and warning that “it will be regulated!”

The back and forth suggests neither Twitter nor Trump has any intention of backing down in their dispute. 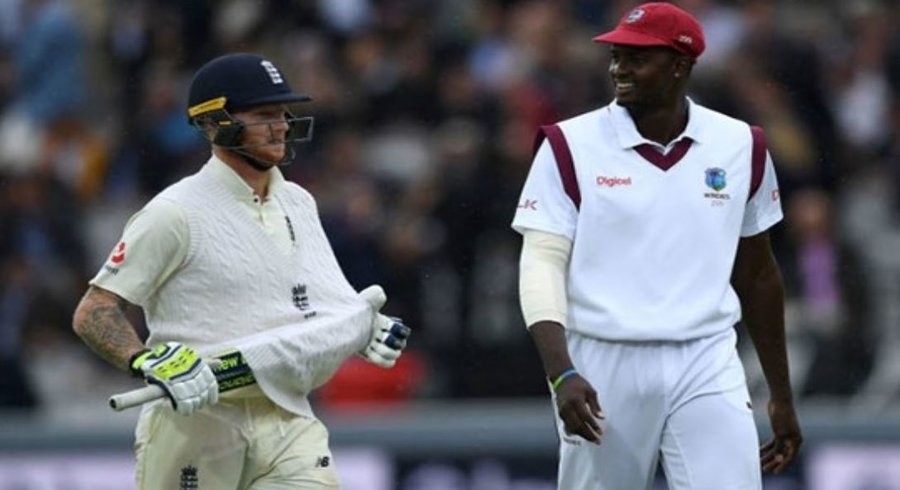