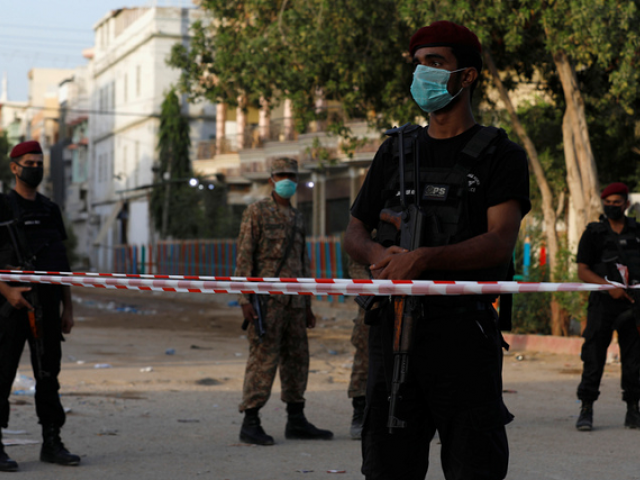 The Sindh Health Ministry on Saturday reported that 97 bodies were recovered from the debris of the Pakistan International Airlines (PIA) aircraft flying from Lahore to Karachi that crashed in the densely populated area of Model Colony on Friday.

According to the province’s health ministry, 66 bodies were shifted to Jinnah Postgraduate Medical Centre (JPMC) and 31 to Civil Hospital Karachi (CHK).

The ministry reported two survivors, adding that 23 bodies have been identified and 19 have been handed over to their families so far. 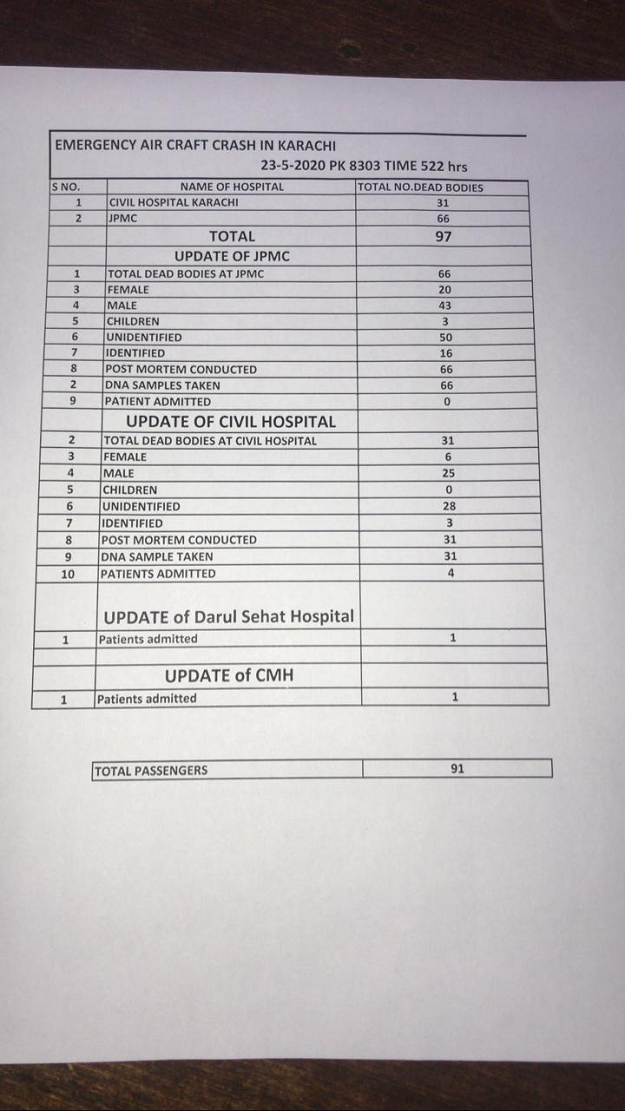 Inter-Services Public Relations (ISPR) Director General Major General Babar Iftikhar said 25 houses have been cleared and the residents have been accommodated at various places with the assistance of the civil administration.

The PIA Engineering and Maintenance Department has released an executive summary of the plane crash that occurred on Friday.

The plane made its final flight a day before the crash, when Pakistanis stranded in Muscat were brought back to Lahore.

The plane was checked last on March 21, 2020, and had operated eight times since then.

The wrecked plane flew for a total of 47,124 hours, the summary stated.

A sample collection unit for DNA tests of plane crash victims and their families has been established at Forensic DNA Lab University of Karachi.

According to the Sindh Health Department, family members of the passengers can visit for a cross-match.

The Karachi Administration, PIA and Civil Aviation Authority (CAA) have announced telephone numbers for the families affected by the tragedy.

The Civil Aviation Authority has also established a helpline that will remain functional round-the-clock to keep families updated. 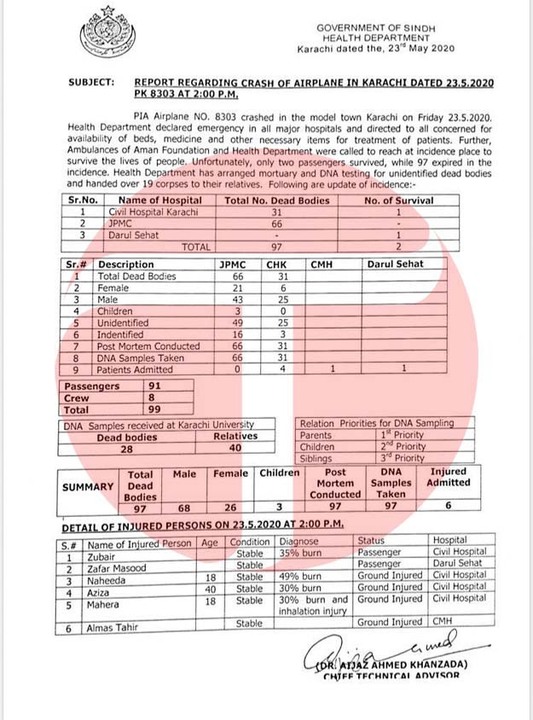