Market watch: KSE-100 rises due to spike in oil prices

Market watch: KSE-100 rises due to spike in oil prices 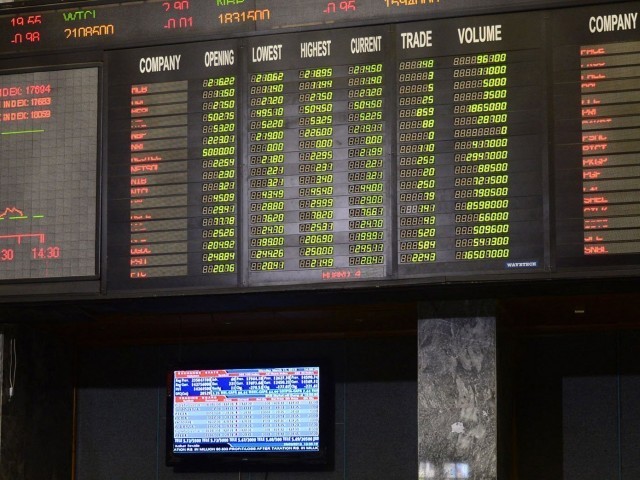 KARACHI: The stock market, following a bearish start to the week on Monday, rebounded and gained on Tuesday on the back of a rally in shares of oil companies, driven by an increase in global crude prices.

During the day, the benchmark Brent crude hovered close to $34.88 a barrel while the US West Texas Intermediate (WTI) crude was trading around $32.52 a barrel.

The rally was supported by a buying spree in pharmaceutical stocks as investors pinned hopes on a possible discovery of coronavirus cure. As a result, the pharmaceutical sector remained entirely in the green.

In the morning, trading began with renewed interest in oil and pharmaceutical stocks, which helped the index power past 34,000 points in early hours. Strong investor sentiment supported the uptrend that continued for the rest of the session.

Profit-booking was witnessed towards the end, nevertheless, the KSE-100 index managed to close with gains.

Arif Habib Limited, in its report, stated that the market opened on a positive note and went up 546 points during the day. It closed higher by 318 points (unadjusted).

“Increasing international crude prices helped exploration and production, oil marketing and refinery sectors to contribute to the advance of the index,” it said.

The banking sector also showed some signs of recovery, however, price gains were muted.

The cement sector faced continued attrition in the past few sessions and on Tuesday saw rather aggressiveness post-interest rate cut.

Hascol Petroleum (+4.6%), TRG Pakistan (+2.7%) and Maple Leaf Cement (-1%) were the market leaders in terms of volumes with cumulative trading in 60 million shares.

“On the news front, Adviser to Prime Minister on Finance Dr Abdul Hafeez Shaikh said the government would impose no new tax in the coming budget for 2020-21,” he said.

Exploration and production stocks were higher than the previous day as crude prices went up in the international market. Oil and Gas Development Company (+3.8%), Pakistan Petroleum (+2.7%) and Pakistan Oilfields (+1.3%) were the major movers of the sector.

“Moving forward, we expect the market to behave in a similar manner in the coming sessions and recommend investors to book profit in the short term,” the analyst said.

Overall, trading volumes decreased to 248 million shares compared with Monday’s tally of 262 million. The value of shares traded during the day was Rs10.5 billion.

Shares of 357 companies were traded. At the end of the day, 182 stocks closed higher, 151 declined and 24 remained unchanged.

Foreign institutional investors were net sellers of Rs467.7 million worth of shares during the trading session, according to data compiled by the National Clearing Company of Pakistan.