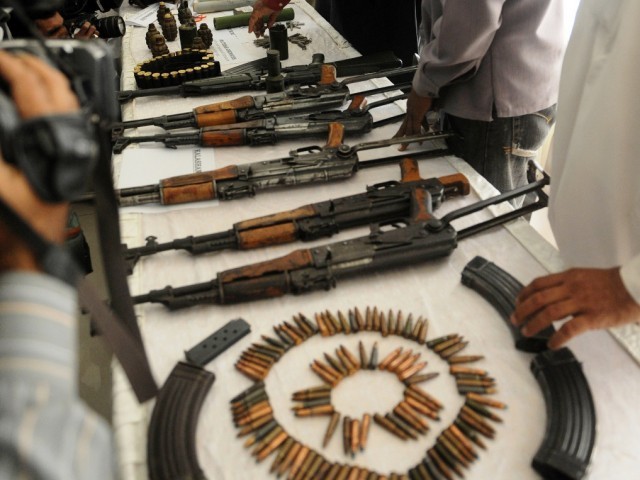 A total of 10 suspects belonging to the Tehrik-e-Taliban Pakistan and banned outfit Lashkar-e-Jhangvi were arrested by officials in the cities of Karachi and Lahore on Sunday.

The seven suspects were arrested in three different raids led by the CID police in the Maripur and Sohrab Goth areas, Express 24/7 correspondent Sabin Agha reported.

A large cache of weapons and ammunition were also recovered during the raids. Express 24/7 reported that these individuals were likely involved in target killings and land grabbing in Karachi.

Earlier in the day, in Lahore, police arrested three terrorists in two different operations and recovered two suicide jackets along with several detonators.

The alleged terrorists belonging to the Ilyas Kashmiri group were planning to target important personalities during Ramazan. They have been shifted to an unknown location for interrogation.

Intelligence agencies have also arrested one of the most wanted terrorist Salman Farooqui from Lahore during a joint operation.