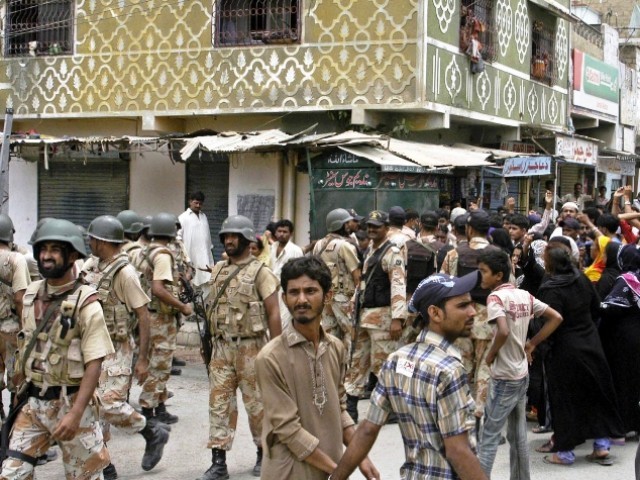 A counter-terrorism official on Monday sounded the alarm on the growing level of coordination among two dozen or so extremist groups, including the Taliban and local criminal elements in Karachi, which has seen an upsurge in political violence.

“They [Taliban groups] are becoming well-coordinated amongst themselves and amongst local criminals. Sometimes we fear their connectivity is as effective as it is in the tribal areas. It is a very grim situation,” said the official, who deals with the anti-extremism wing of the secret police.

The revelation on Monday came amid a renewed wave of violence in Karachi which has so far claimed several dozen lives in less than a week.

However, the official from the Crime Investigation Department (CID) added that there was no evidence of the Taliban’s involvement in the upsurge in targeted killings, saying it was more for political reasons than anything else.

“They are not directly involved … but the problem is that if there were such a situation, they have a better chance to survive and avoid the radar that we want to keep them under,” he added, requesting anonymity.

He claimed that the criminals weren’t the individuals that the militants relied on for their operations, rather, they were used for intelligence purposes and providing them with shelter. A secret report that the CID sent to the interior ministry appeared to be substantiating the claim by the official.

According to the document obtained by The Express Tribune, around 250 high-profile terrorists from various banned outfits were arrested from the city between 2001 and 2011.

The most [94] were from Lashkar-e-Jhangvi (LeJ), which wants to turn Pakistan into a Sunni country through violence.

As many as 40 detained extremists belonged to Harkatul Mujahideen al Alami (HuMAA), another outfit with strong al Qaeda links.

Recalling some recent arrests that the CID made from various parts of the troubled city, the official said interrogations from the detained terrorists revealed that they work as a “very well gelled together” network and seek commands from their mentors in the tribal areas.

Militants from four Pakhtun tribes — Mehsud, Wazir, Mohmand and Barki — are known as the affiliates of the Tehreek-i-Taliban Pakistan (TTP) and the rest belonging to other groups are called the Punjabi Taliban, said the official quoting a terrorist he had interrogated.

He added that for some time now, militants had been operating as a group having a permanent commander for the city and very well-defined command structures to streamline their activities.

They would also divide their strength into small cells in some cases to confuse the counter-terror officials working against them.

He named Misbahuddin, Miraj Mehsud and Akhtar Zaman as the Taliban commanders for Karachi in the past. The first two went back to Waziristan and the third was arrested. He, however, refused to disclose the name of the current Taliban chief for the city, though the official claimed the man was being tracked down.