Half of US states easing coronavirus restrictions as jobless numbers grow

Half of US states easing coronavirus restrictions as jobless numbers grow

The enormo­us pressu­re on states to reopen, despit­e of spread of virus
By Reuters
Published: May 1, 2020
Tweet Email 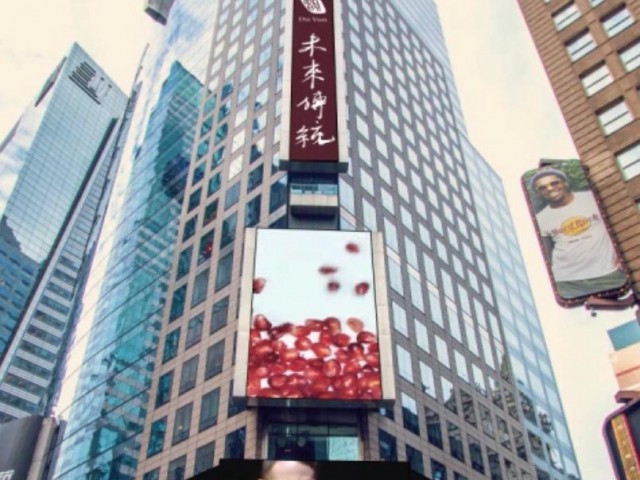 NEWYORK: The White House let its 2-week-old economic reopening guidelines expire on Thursday as half of all US states forged ahead with their own strategies for easing restrictions on restaurants, retail and other businesses shuttered by the coronavirus crisis.

The enormous pressure on states to reopen, despite a lack of wide-scale virus testing and other safeguards urged by health experts, was highlighted in new Labor Department data showing some 30 million Americans have sought unemployment benefits since March 21.

The jobless toll amounts to more than 18.4% of the US working-age population, a level not seen since the Great Depression of the 1930s.

Three more Pakistanis die of coronavirus in US

Physical separation of people – by closing schools, businesses and other places of social gatherings – remains the chief weapon against a highly contagious respiratory virus with no vaccine and no cure.

The latest protest was sparked by the Democratic governor’s request, ignored by Republican lawmakers, to extend emergency powers she had invoked in a state hard hit by both the virus and closures to combat it.

Weeks after insisting he had “total” authority to decide when and how to reopen the nation’s economy, President Donald Trump has largely left it to each governor to decide on a state-by-state basis.

Although the White House declined to extend its April 16 reopening guidance, which recommended an economic restart in stages only after strict precautions are put in place, medical experts said those conditions remained unmet and that acting prematurely risked a resurgence of the outbreak.

Safely lifting social distancing rules, they insisted, will require vastly expanded virus screening and the means to trace close social contacts of infected people so they too can be tested and isolated.

“You can’t just leap over things to a situation where you’re really tempting (the virus) to rebound. That’s the thing I get concerned about,” Dr. Anthony Fauci, director of the National Institute of Allergy and Infectious Diseases, told NBC’s “Today” show.

In a breakthrough announced Wednesday that could prove to be a national model, Los Angeles County became the first major US metropolitan area offering free coronavirus tests for all, though high demand has strained the website for sign-ups.

The tests, funded in part with a Rockefeller Foundation grant through a charity co-founded by actor Sean Penn, are to be made available by appointment to anyone in the county of roughly 10 million residents – the most populous in the nation.

Across the country, New York Governor Andrew Cuomo said his state would hire thousands of workers for the labor-intensive job of tracking down human contacts of individuals who test positive for the virus.

As of Thursday, the number of known infections nationwide had climbed to well over 1 million, including more than 62,000 deaths, far exceeding the tally of American war dead from all the years of US military involvement in Vietnam.

But pressures to return to some semblance of normalcy have only grown as the outbreak appears to have waned across much of the county.

About two dozen states, mostly in the South, the Midwest and mountain West, have moved to relax restrictions since Georgia led the way late last week. Texas and Florida, among others this week, outlined plans for doing so in the days ahead.

But no companies are required to reopen, and it was not clear how many business owners and their employees would return to work, and how many patrons would venture back into stores and restaurants.

The number of coronavirus cases is still climbing in many parts of the country, although peaks appear to have been reached in New York state, the epicenter of the US outbreak, and other places.

Pennsylvania, Kansas, Wisconsin, Virginia, Arizona, Minnesota and Nebraska all reported a record number of new cases on Thursday, though greater testing could account for some of the increases, revealing infections already present but undetected.

New Jersey Governor Phil Murphy, who plans to reopen state parks and golf courses on Saturday, paid a visit to the White House on Thursday. Afterward he said the federal government was giving his state 550,000 coronavirus testing kits, along with 750,000 swabs to take samples, marking a “huge step” toward his goal of doubling New Jersey’s testing capacity by late May.

Newsom, a Democrat, has said that curbside retail, manufacturing and other “lower-risk workplaces” should reopen in California within weeks as testing and contact-tracing improve.

In one of the first major reopenings anticipated in US sports, NASCAR announced its auto racing competition would return with 10 races at its North and South Carolina tracks in mid- to late-May.

Some segments of the commercial US workforce kept on the job during the health crisis have begun to push back against what they see as deteriorating conditions.

Workers at leading retailers including Amazon, Walmart and Target, as well as delivery service Instacart and FedEx, were planning strikes on Friday to protest a lack of safety equipment and other protections at a time when their services are deemed essential, according to information circulated on social media.